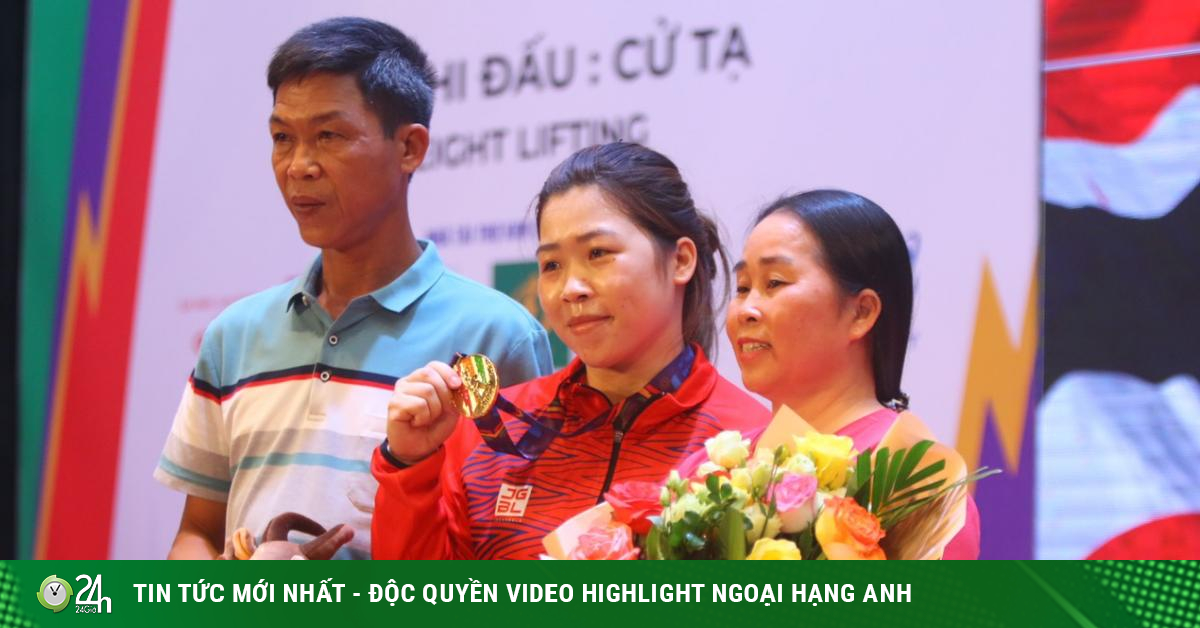 Hoang Thi Duyen successfully defended the 59 kg weightlifting gold medal with a good performance. Although the general election level is not equal to the achievement compared to the previous SEA Games, the Lao Cai girl still creates a large gap (more than many kilograms) compared to the silver and bronze winners. 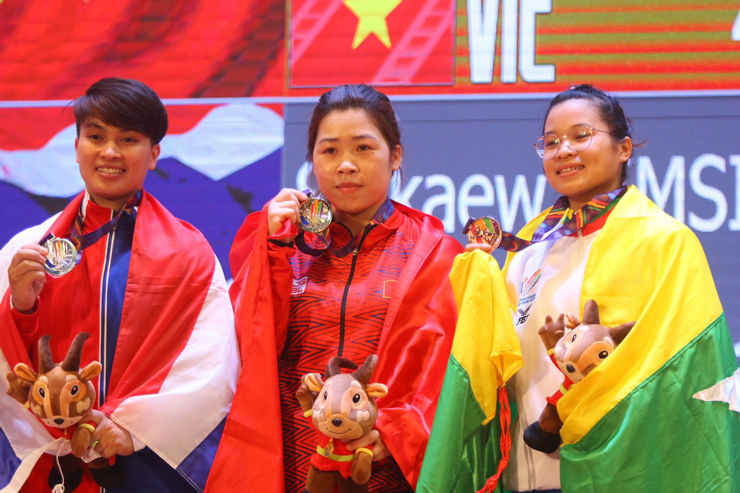 The 26-year-old female athlete excellently broke the 96 kg weightlifting record (the old record was 95 kg created by herself at the 2019 SEA Games). Duyen won gold in the women’s 59 kg class. In the push-pull turn, the Lao Cai girl raised the weight to 116 kg, but she failed to break the old record she was holding (115 kg).

Failing to break the push record means Duyen missed 2 records, unable to overturn the milestone of push and general election. Although she knew that she would definitely win gold, Duyen frowned and was sad because she had not been in her best form.

Responding to reporters after the match, the girl born in 1996 in Lao Cai said she was suffering from an injury. She suffered to attend the SEA Games, and especially Duyen still won gold with overwhelming achievements compared to her competitors.

Duyen shared with reporters after winning gold: “This gold medal has a greater meaning when competing in my home country. I’m just a bit happy because my performance is not really good, I tried but I haven’t performed well. what I have. I regret not being able to do better.”

The female athlete said that she will take a break to treat her injury: “Injury makes me unable to practice well, my performance is not as good as in 2019. Currently, I have not recovered from my injury. Being directly watched by my parents, I I feel better in the spirit of competition. It’s personal pride, it doesn’t put any pressure on me. The plan after the tournament is I will take a break to treat the injury for a full recovery, then I will attend some domestic tournaments to regain the feeling of competition before thinking about further goals.”

Duyen’s parents were present to cheer and witness the moment their daughter won glory for the country, they couldn’t hold back their tears. Duyen’s father confided: “Duyen got today’s achievements thanks to the coaching staff and everyone. After Duyen returns, I will make her children eat the food she likes. After knowing that Duyen had an injury, We are very sad, but we hold back our hearts to support and encourage our children to overcome psychological stability and overcome difficult times.”

At the end of the competition day on May 20, the Vietnamese delegation had only 2 gold medals in weightlifting. After Lai Gia Thanh’s special achievement in the men’s 55 kg event, Duyen brought home another gold medal in the women’s 59 kg category. 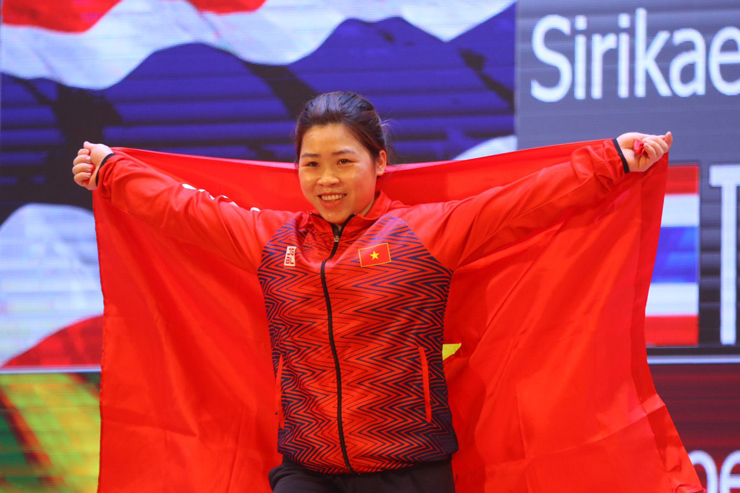 She is injured but still tries to play 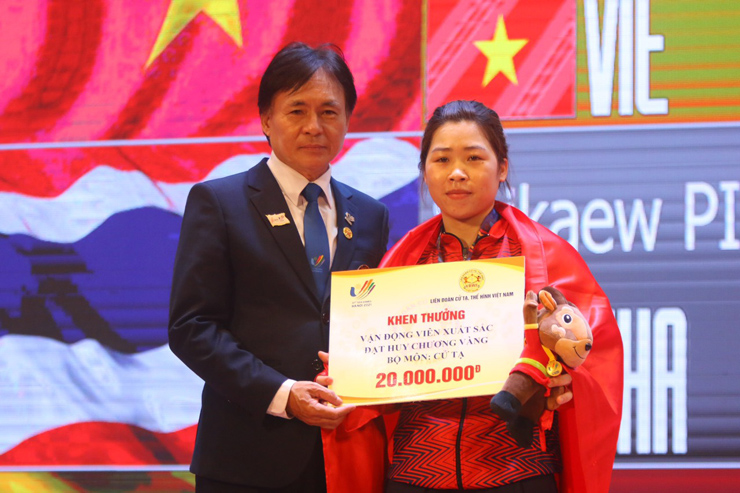 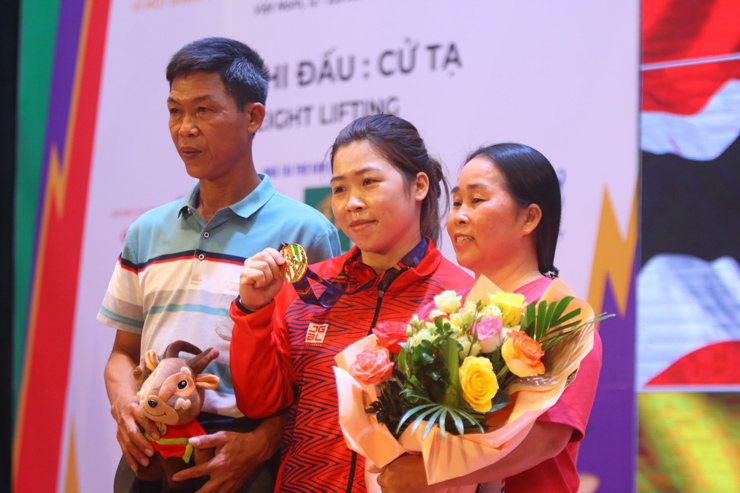 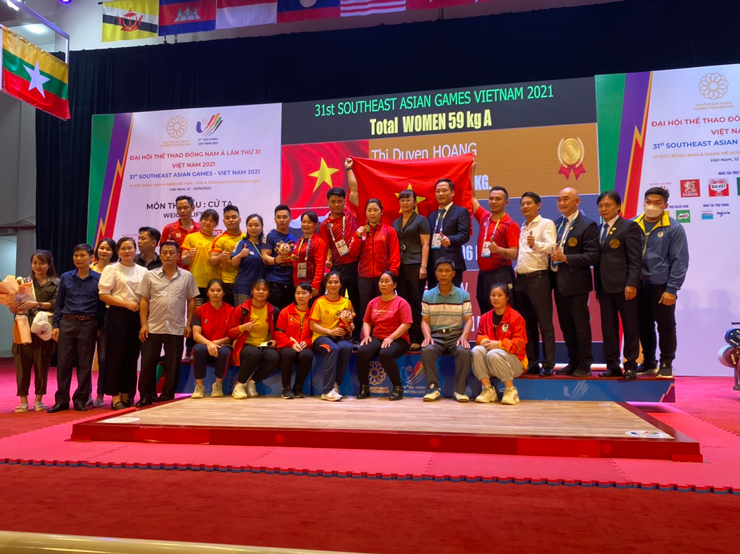 Many relatives were present, taking pictures with Hoang Duyen 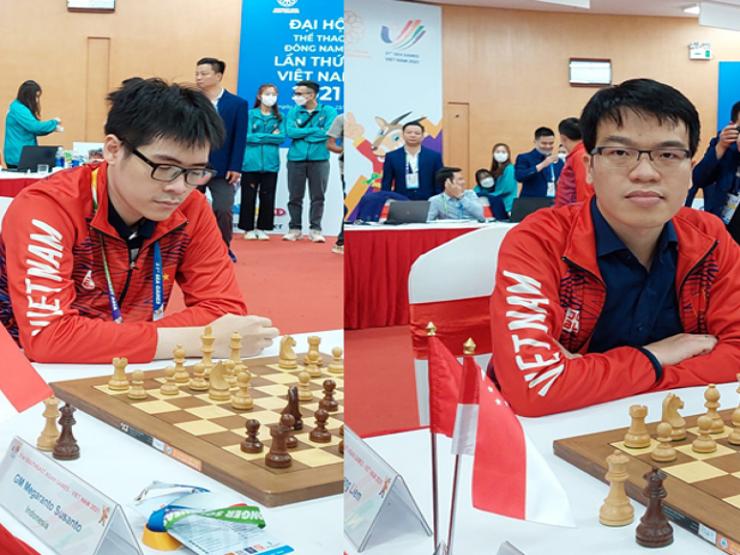