On August 10, the Vietnamese tennis team had a match against Jordan in the opening match of the Davis Cup group III international team tennis tournament in the Asia-Pacific region 2022 in Tay Ninh.

The highlight of this epic match was the competition between Vietnam’s No. 1 player Ly Hoang Nam (344 ATP rank) and Abedallah Shelbayh (645 ATP rank). Only 18 years old, Shelbayh is considered a prodigy of Jordan’s tennis when consecutively reaching the finals of two professional tournaments M15 ITF Men’s World Tennis Tour, rising more than 500 places on the world rankings before going to Vietnam to attend the Davis Cup.

More specifically, Shelbayh is the favorite student of the famous tennis player Rafael Nadal, has studied at the Rafa Nadal Academy in Mallorca (Spain) for more than 6 years and was personally taught by the “King of Clay”. Very much idolizing his teacher, Shelbayh’s fighting style is quite similar to Nadal. Abedallah Shelbayh has been training at Nadal’s academy for more than 6 years and is guided by “King of Clay”.

Entering the match, Hoang Nam entered the game with high speed, consecutively winning 2 breaks to win the first set with a score of 6-2. Entering the second set, Abedallah Shelbayh rose strongly to lead 3-1.

Immediately afterwards, Hoang Nam reclaimed the break and equalized the score 4-4. With an extremely solid style of play, especially a respectable late-court defense and unpredictable drop-outs with high accuracy, Jordan’s 18-year-old player won the next 2 games in a row to win the second set. with the score 6-4, thereby balancing the game.

In the decisive set, Hoang Nam once again entered the game full of excitement with 2 consecutive breaks to lead 4-1. However, Shelbayh continued to promote an extremely annoying defense, spectacularly equalizing the score 5-5. In the 11th game, Hoang Nam continued to break the opponent’s serve game to lead 6-5. Immediately after, Shelbayh responded with a great game to equalize the score 6-6.

Entering the tie-break series, Nadal’s student player led to 5-3. When most of the audience was thinking of the victory for Shelbayh, Hoang Nam spectacularly saved 2 match points, before choking to win 8-6.

Winning the final 2-1 after 3 dramatic sets with the scores of 6-2, 4-6 and 7-6(6) after nearly 3 hours of competition, Hoang Nam helped Vietnam have a favorable opening match with the victory. final victory over Jordan.

Because in the previous match, Trinh Linh Giang defeated Mousa Alkotop after 2 sets with a score of 7-5 and 6-3. This is a match where the original Hanoi player soon lost his break and was led 0-2. Linh Giang played calmly, equalizing the score 4-4 before excellently winning an important break in the 11th hinge game, leading 6-5 and then winning 7-5 in the first set.

Continuing the excitement, Linh Giang had a break in the first game of set 2. Maintaining the lead, Linh Giang continued to have another break in the 7th game to lead 5-2 and then won 6-3 in the end.

In the men’s doubles match at the end of the day, Le Quoc Khanh and Nguyen Van Phuong won 6-3 and 6-4 against Hamzeh Al-Aswad and Mohammad Alkotop. Thus, the Vietnamese team won the final 3-0 against Jordan. The next opponent of Hoang Nam and his teammates will be Malaysia. The match will start at 10:00 a.m. on August 11. 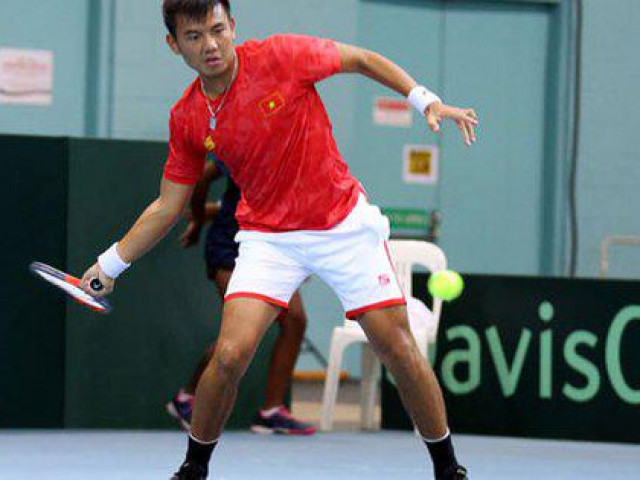