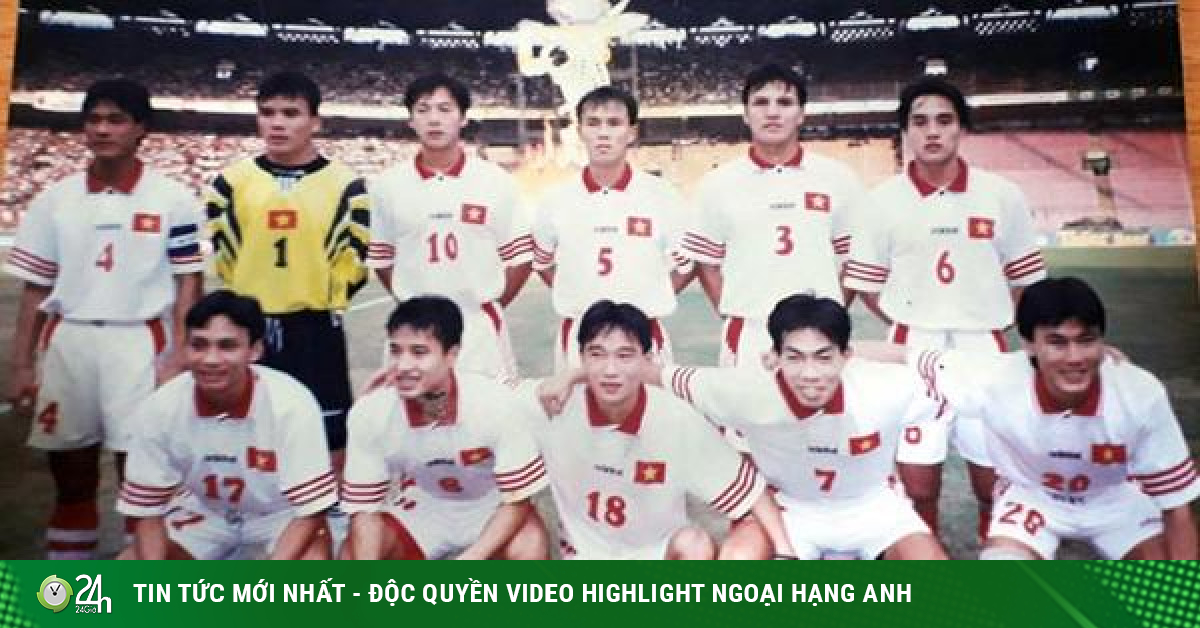 Absent a total of 7 congresses after the country’s reunification, Vietnamese sports since the 1989 SEA Games have experienced many difficulties on the integration journey, before affirming its position as one of the sports powerhouses. of the area

In 1965, the Southeast Asian Peninsular Sports Federation (SEAP Games Federation) added a new member to Singapore, after the country split from the Federation of Malaysia and declared its independence.

In 1977, SEAP Games was officially renamed as SEA Games when there were more member countries outside of the Southeast Asian peninsula, namely Indonesia and the Philippines. Two years later, the SEA Games added Brunei, before the presence of East Timor sports on the occasion of the Games held in Vietnam in 2003.

Attending the first 7/8 congress while still bearing the title of SEAP Games, but then having to miss 7 consecutive congresses, Vietnam’s national sports unified officially returned to the SEA Games arena since 1989. in the right sense of reintegration, learn from international friends to aim for a new level of development.

At the first stage (1989-1995), the strength of Vietnam’s sports (TTVN) mainly focused on shooting and martial arts – karate, judo, taekwondo – with most of the gold medals belonging to the fields of strength. In this year, only a few subjects can squeeze into the gold table of achievements such as the women’s doubles table tennis (Tran Thu Ha, Nhan Vi Quan) at the 1991 SEA Games, the men’s singles table tennis (Vu Manh Cuong) at the 1995 SEA Games, athletics ( Vu Bich Huong, women’s 100 m hurdles) at the 1995 SEA Games… In particular, men’s football reached the final of the 1995 SEA Games, opening a new stage for the king’s sport in the interest of fans. country.

At the 1997 SEA Games, for the first time in the period of re-integration, TTVN rose to 5/10 with the number of gold medals up to 35, of which, in addition to the “gold mine” of shooting and martial arts, there were four sports for the first time. There are champions of the tournament, including table tennis, billiards, gymnastics and weightlifting. Women’s football won a bronze medal at the first time participating – a smooth start for the sport that is currently leading in Southeast Asia.

Four years later, in Brunei, TTVN left its mark when athletics first won 2 gold medals by Phan Van Hoa and Pham Dinh Khanh Doan on the men’s and women’s 800 m race; Cycling was also the first time after 1975 to have a gold medal in the women’s cross-country event (Nguyen Thi Thanh Huyen) while men’s football won a silver medal for the second time at a congress with all 10 member countries sending their teams to participate.

At the same time, Vietnam rejoined the Olympic and ASIAD arenas, and at the same time actively prepared for the hosting of the 22-2003 SEA Games in terms of competition facilities and preparation of forces for future competitions. future, setting the stage for the next breakthrough achievement.

On this arduous but glorious journey, TTVN has positively improved its own appearance and achievements. From the first 5 rankings in 1997, Vietnam rose to 4th place at the congress 4 years later in Malaysia and then “crossed the dance floor” to reach the 1st place of the whole team at the 2003 SEA Games. at home with more than 150 gold medals.

Next time: The way to the top of glory (Sports news, athletics news) “Queen of short distance” Le Tu Chinh unexpectedly could not attend the 31st SEA Games because of an injury during training.

According to DONG LINH (Employees)