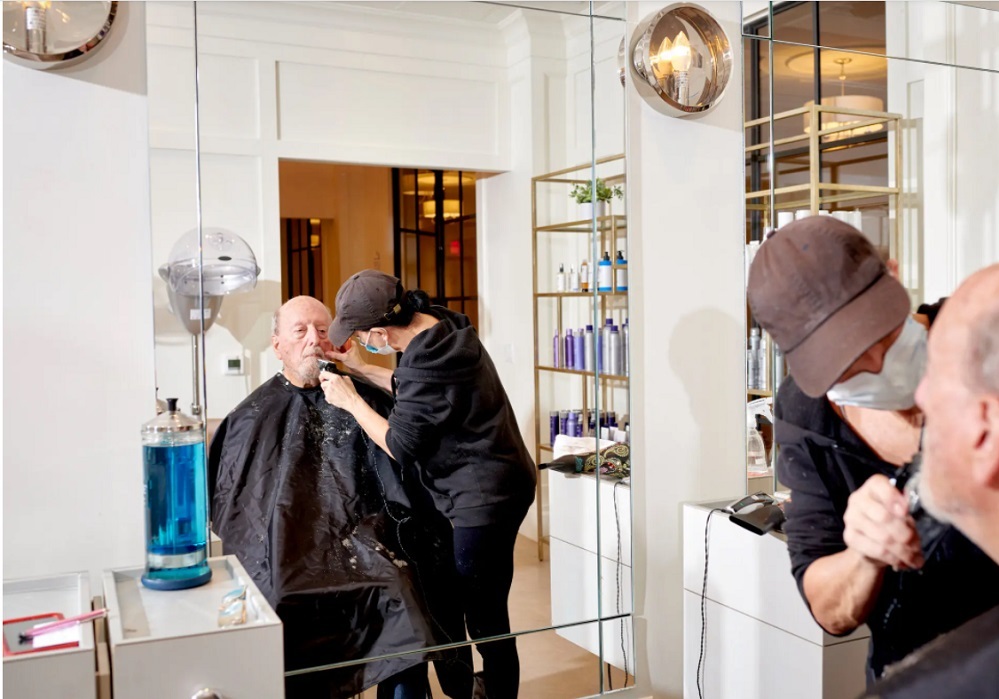 AmericaChoosing this type of resort, the retirement life of American rich people is like in a five-star resort.

Bill Morin, 82 years old, a retired executive, is not satisfied with the nursing home on the Upper West Side (Manhattan, New York). The elevator was often broken, his small room faced a brick building and he had to ask permission every time he wanted to go out.

Last year, at the height of his transition, he moved to Watermark, a 16-story hotel built in the 1920s, with towers following each other like an ancient Italian castle. It has an indoor swimming pool and the wait staff can anticipate your needs.

Tim, your son suggested that you go there. “I never imagined what a supportive living place for elderly parents would look like. It is truly the most beautiful building my father has ever lived in, even though he lived in the beautiful complex in Marray Hill for 30 years.” , Tim said.

As a resident of Wartermark, Mr. Morin can relax with his favorite movies in the rooftop lounge. Here, he has a sweeping view of the Brooklyn Bridge and the Manhattan skyline. “The chef often asks if the meal is delicious when elsewhere I don’t even know what the chef’s face is like,'” he said of the thoughtfulness at Watermark.

This is not the only high-class place serving the upper class to appear in recent years. Several other spots are also built to accommodate the end-of-life elite, such as Sunrise and Inspir Carnegie Hill, which opened last spring.

In Watermark, the 140-seat luxury main dining room, a European-style cafe with freshly baked pastries, a smoothie bar, a Mediterranean-style bistro, with a pizza oven. “What we offer is a lifestyle,” says Rocco Bertini, chief executive officer of Watermark.

Meanwhile, Inspīr Carnegie Hill is luxurious and full of aesthetics. The lobby is soaring, light-filled and features a grand piano, roman wood floors, green onyx walls, and a Seguso chandelier. A nearby Yo-Yo Ma concert is broadcast to the indoor TV channel. The “sky park” on the 17th floor features a wrap-around terrace, a bistro and a lounge with a fireplace. The sweeping view of the East River from the 23rd floor penthouse is breathtaking.

Luxury comes with a high cost. Monthly fees at Watermark range from $8,300 for a studio apartment or $20,300 for a two-room apartment, excluding membership fees ($50,000 for independent living, $20,000 for assisted living and memory care) .

Fees at Inspīr start from $13,500 a month, including accommodation, concierge, and special events and programs. A penthouse starts at $29,750 a month, excluding medical fees.

By contrast, the average cost of assisted living in the US is around $4,000 per month, according to a recent report by Genworth Financial, an insurance company.

Because of the impact of the pandemic and the high cost, not many people go to these high-class areas for retirement. A year since opening last October, Watermark has only 30 customers, despite the capacity of 275 people. The common spaces are empty, many employees are idle. The Inspīr building of 215 units is a bit busier, with about 60 people, so far.

Snyder, a resident of Inspīr, said the decision to go to the elderly area was not easy. Once a famous actress, she still remembers visiting her grandmother in a dingy nursing home with “a small crib and rather rudimentary equipment”. “I don’t want that to happen to me,” she said. But when she visited Inspīr, not far from her old apartment and favorite restaurants, she changed her mind.

“I decided to come here for good health care and to live in a very luxurious space,” says Ms. Snyder. Here, she joined the film club, memoir writing class. “I’ve made some lovely friends,” she said excitedly.

Back at Watermark, Mr. Morin was enjoying the view from the lounge, drinking a glass of wine and listening to jazz music.

Mr. Morin said the one-bedroom, two-bathroom apartment with kitchenette, marble shower and elegant modern furniture reminded him of the best hotels. “But it’s better here because I’m a resident,” he said. The cost is largely covered by the long-term care policy he implemented many years ago.

Pointing to the elevator, showing how quickly it went up and down, he said: “I’ve been in four other places before coming here. This is heaven.”