(Sports News, Tennis News) In the quarterfinals of the Halle Open, Daniil Medvedev will face a player he has never won. A formidable challenge awaits Matteo Berrettini at Queen’s Club as well.

Video of the match between Daniil Medvedev and Ilya Ivashka in the 2nd round of the Halle Open:

Having just retaken the world No. 1 male tennis title from Novak Djokovic, Daniil Medvedev is playing well at the Halle Open to run momentum for Wimbledon. In the first two rounds of the ATP 500 tournament on grass in Germany, the defending US Open champion both defeated opponents like David Goffin or Ilya Ivashka after only 2 sets. 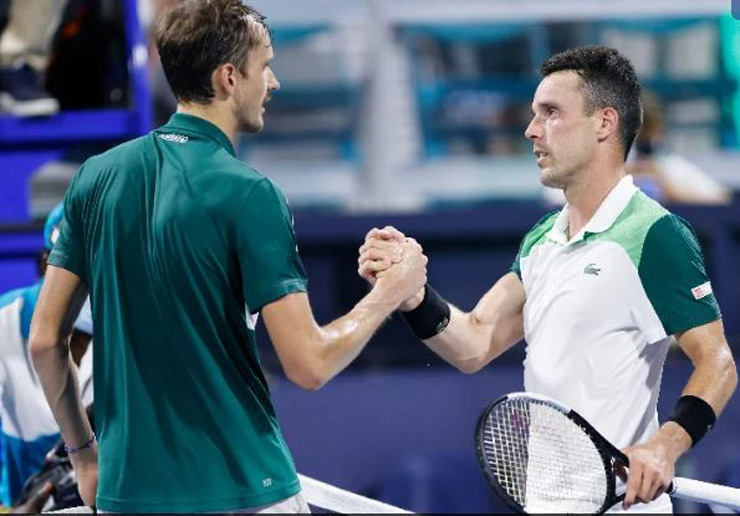 Can the new world No. 1 Daniil Medvedev win the first match against Bautista Agut to break the circuit in 3 matches losing to this opponent?

However, those were the times they clashed on hard courts. Today, on the grass field at the Halle Open, Medvedev has the opportunity to break the sadness of Bautista Agut to continue his dream of conquering the ATP 500 title in Germany for the upcoming Wimbledon.

Also today (June 17), the remaining three pairs of the men’s singles quarterfinals of the Halle Open 2022 will take place. At 5pm, the “phenomenon” of the host country Germany Oscar Otte will face the Russian No. 8 seed Karen Khachanov.

At about 8 p.m., the Spanish No. 6 seed Pablo Carreno Busta will face the “Bad Boy” of Australian tennis Nick Kyrgios. And at about 10:30 p.m. on the same day, the Polish 5th seed Hurbert Huckacz will be playing against the Canadian 4th seed Felix Auger-Aliassime.

After struggling to come back from the U.S. side Denis Kudla 3-6, 7-6 (5), 6-4 in the second round of Queen’s Club Championships, Italian No. 2 seed Matteo Berrettini will face off again. Another challenge also comes from the land of flags. 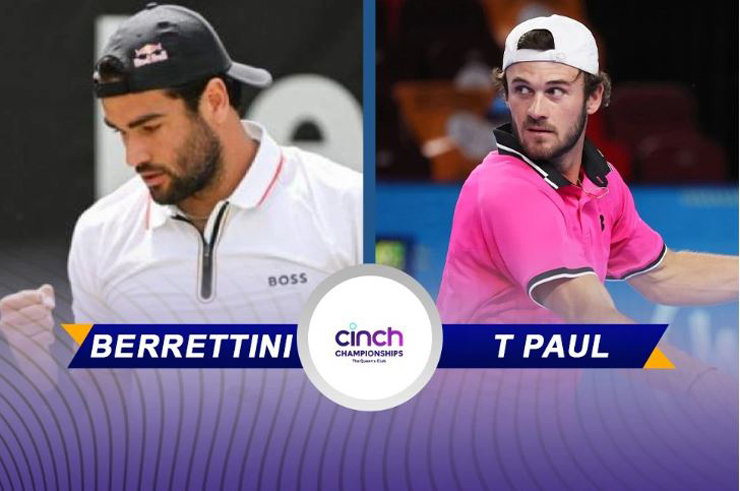 That is Tommy Paul, the American tennis player who is ranked 35th in the world. Paul has just made an impression when consecutively 6th seed Denis Shapovalov and his three-time Grand Slam champion Stan Wawrinka on their way to the quarterfinals of the ATP 500 tournament in London this year.

A few months ago, Paul was lucky to beat Berrettini 4-6, 5-1 at the Mexican Open 2022 hard court in Acapulco (Mexico) when the reigning Wimbledon runner-up was injured and had to give up at the end of the second set. The match between them today promises to be very unpredictable.

The remaining 3 quarterfinals of the men’s singles at the ATP 500 Queen’s Club Championships today (June 17) will also take place. At 6pm, Alejandro Davidivich Fokina (Spain) will meet Botic van de Zandschulp. Then, at about 9pm, Ryan Peniston (United Kingdom) faced Filip Krajinovic (Serbia). Next, it is expected that around 22:30 on the same day, Emil Ruusuvuori (Finland) will face the 7th seed Marin Cilic (Croatia). 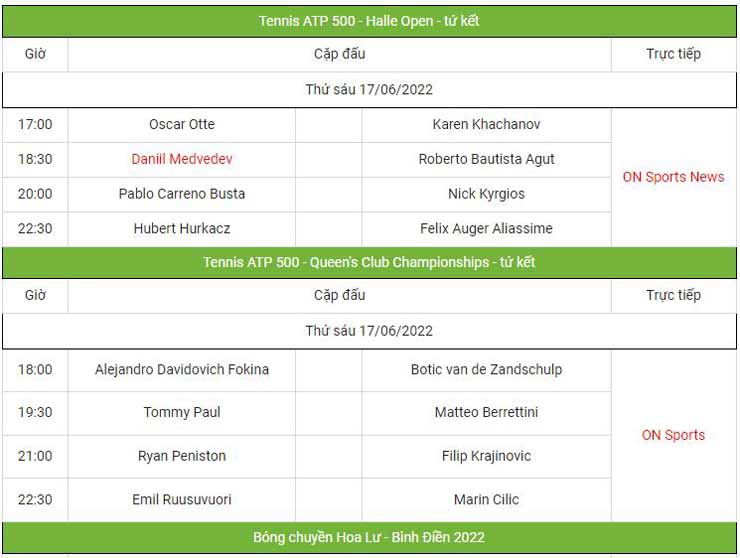 (Sports news, tennis news, Halle Open 2nd round) The No. 1 seeded player continues to show good performance to win the right to continue at this year’s tournament.