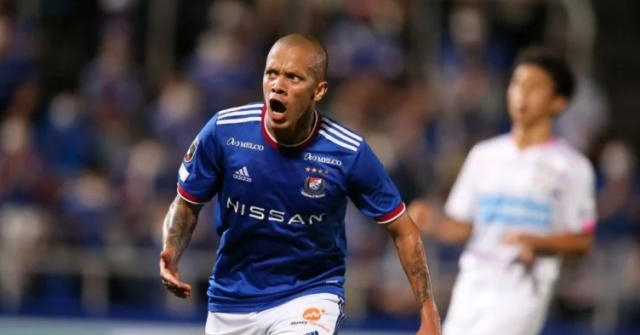 Yokohama F.Marinos brings to Vietnam a squad of quality players, ready to stir up Group H (with HAGL participating), AFC Champions League 2022. The matches in this group will be broadcast live on multi-media television. FPT Play platform from April 16 to May 1, 2022.

The club was founded in 1972 by a combination of the city government of Yokohama and Nissan Motors, taking the name Nissan FC. The strategy of the team’s management officials is to maintain a deep and close relationship with junior high schools, high schools and universities in Yokohama city in particular and Kanagawa prefecture in general. Therefore, outstanding players from school football will be oriented to wear Nissan FC after graduation.

This successful series of Nissan FC has created a strong belief for the development of the school football movement in parallel with professional football in Japan. Nissan FC was then called by a hidden nickname full of respect and admiration – “Triple Crown”.

Until the 1991-1992 season, the Japan Football Federation decided to establish a Japanese professional football league in a new format, maintained for one year. Going to football competition officially became the “orthodox profession” for the players.

At this time, Nissan FC changed its name to Yokohama Marinos. The club joined the J-League as a professional team representing Yokohama. That team won its first continental championship title with the AFC Asian Cup in 1991 and then second in the same tournament in 1992. Besides, they also won the Royal Cup. sole in 1992 and won the J-league in 1995.

The stars bonded together when they went through many years of battle of Yokohama F.Marinos (Source: AFC)

In the 1999 season, the Yokohama Marinos added an F to their name after merging with a smaller team called the Yokohama Flugels. Yokohama F.Marinos still retains its top level when acquiring the top titles of domestic football in the land of the rising sun.

This club won the J-league runner-up in 2000, won the Japanese League Cup in 2001, the J-League champion for two consecutive years in 2003 and 2004. However, the performance of Yokohama F.Marinos has declined since that year. 2005. And it was not until 2013 that they finished second in the J-League and returned to the championship position in the 2019 J-League season. The 2019 J-League championship marked the return to the leading position of Yokohama F.Marinos in Japan (Source: J-League)

In the Japanese domestic football world, Yokohama F.Marinos is still a name that attracts many good players from developed football backgrounds in the world. More than that, with a training system for the young generation that has been established since the early 1990s, Yokohama F.Marinos has produced a lot of quality players.

Captain Takuya Kida is a mature case from the club’s academy and holds the responsibility of developing the team at the moment.

With the backing of Nissan Motors Corporation and the support of officials who love football in Yokohama since its inception, Yokohama F.Marinos has had a large operating budget compared to other teams in Japan. Not only that, in 2014, a famous investment company in the sports industry, City Football Group, bought a 20% stake in Yokohama F.Marinos. Collective of strong teams in continents around the world held by City Football Group (Source: SAP)

Joining the group of football clubs invested by City Football Group, Yokohama F.Marinos has the opportunity to “share the tray” with the leading clubs of the global football world such as Manchester City FC (England), New York City FC (USA) or Melbourne City FC (Australia)… This helps the commercial value of Yokohama F.Marinos increase many times and attract many more sponsors.

The quality of the squad is worth 440 billion VND

With fame and money, it is not difficult to understand why Yokohama F.Marinos always attracts many famous players. Among the names that are wearing this team’s shirt, the attacking pair that is being noticed is Marcos Junior and Leo Ceara.

Marcos Junior has played for Yokohama F.Marinos since the 2019 season and has 35 goals for this team. Although only 1m67 tall, this player possesses remarkable speed with the ability to accelerate in the last half of the field. Besides, he has the skill to play well with both feet. 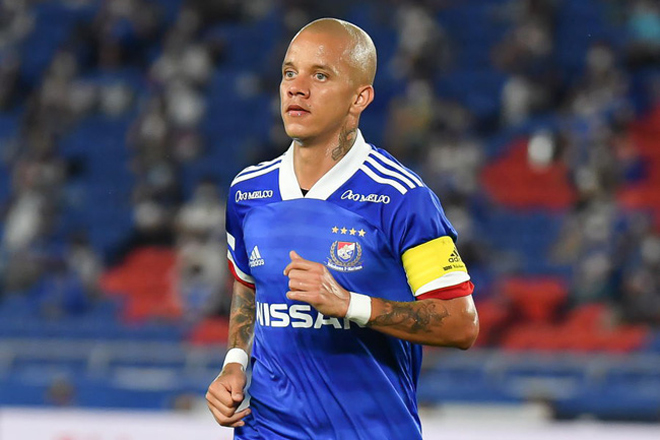 Marcos Junior has a very good sprinting ability and speed is his strongest weapon (Source: J-League)

Leo Ceara has a better figure when he is 1m80 tall with extremely solid muscles. The player wearing the number 9 shirt is a real “killer in the box” when he can play the ball, make walls and turn to finish in tight spaces.

The latest addition that coach Kevin Muscat brought to Yokohama F.Marinos to serve the AFC Champions League 2022 is named Anderson Lopes. The Brazilian striker stands out for his ability to cut headers along with an outstanding power base. Group H of the AFC Champions League 2022 will be reported live on channel VTV5, VTV6 of Vietnam Television Station and only on OTT platform of FPT Play system. Asian football fans in Vietnam can watch from 6pm on April 16, 2022 on FPT Play’s platforms.

In addition, FPT Play also continues to hold the copyright and fully broadcast the 2022 AFC Cup in Vietnam in the period of June. This is a playground with the presence of another representative of the country’s football. is Viettel FC.