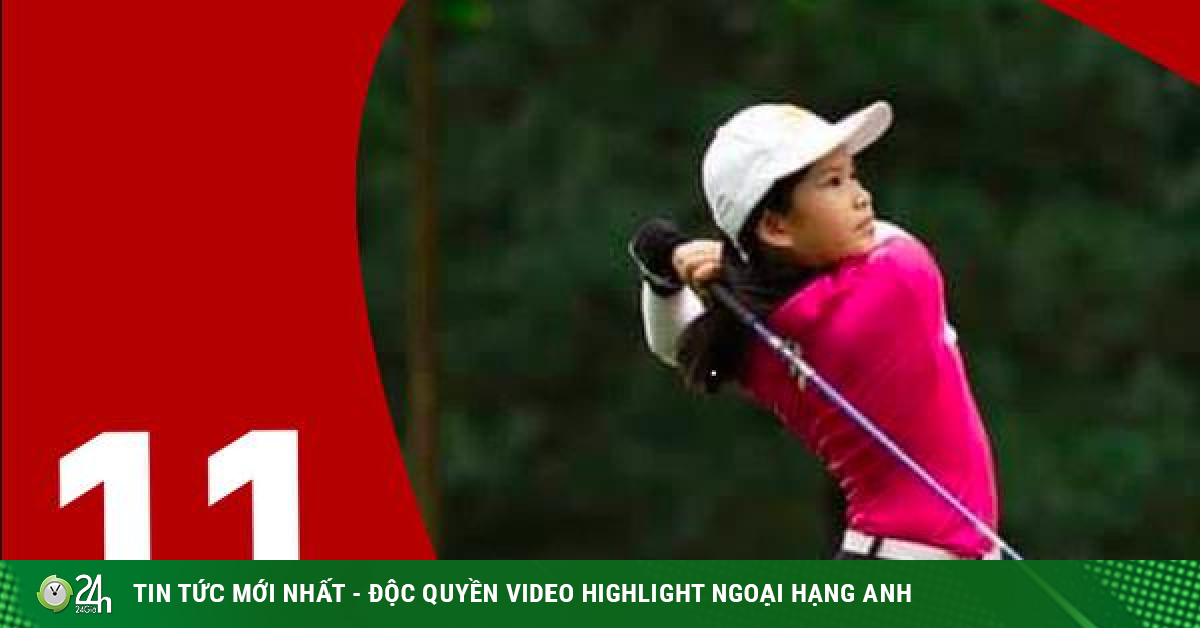 At the age of 11, Nguyen Viet Gia Han became the youngest golfer to compete in the 17-year history of the National Championship, as well as the history of professional tournaments in Vietnam.

Nguyen Viet Gia Han is one of the most notable faces at the National Golf Championship 2022- VinFast Cup, which will kick off at Vinpearl Golf Hai Phong on April 20. Born in 2011, at the age of 11, Gia Han became the youngest golfer to compete in the 17-year history of the National Championship, as well as the history of professional tournaments in Vietnam.

Gia Han was introduced to playing golf quite early. In 2018, at the age of eight, she followed her parents and brother (born in 2005) to the field to practice and play golf. Golfer born in 2011 was allowed by his family to study at EPGA Golf Academy (Ecopark), one of the first golf academy in Vietnam. At that time, in the mind of an 8-year-old girl, golf was simply a game of movement, stimulating curiosity to explore.

“Since the beginning of golf, Gia Han has been poorly taught by a South African coach. The point of this coach is to make children love golf before teaching.” Therefore, when learning golf, Gia Han as well as other children do not have to worry about achievements or be under the pressure of learning golf, but consider each practice session as an entertainment playground. EPGA Academy has a 9-hole golf course, airy space, fresh air, beautiful landscape, very suitable for the little ones.

Gia Han and a group of 5-7 friends often pull their own clubs, practice, play golf together, very happy. Every day, seeing the teacher, meeting friends, having fun, Gia Han is very excited to practice, there is no sign of boredom or wanting to quit the practice,” Nguyen Viet Thanh, Gia Han’s father shared about the first days of practice. daughter’s golf.

For Gia Han, it can be said that the passion for golf originates from the love of the family, inspired by her parents. Not only investing time, effort and money, Mr. Thanh and Ms. Pham Thu Huong (Han’s mother) accompany their daughter at every event, every tournament. Usually, 2 to 3 times a month, all 4 family members will arrange to play golf together. This is an opportunity for the members to bond more, understand each other better, the children are inspired to play golf from their parents. When Gia Han goes to the tournament, Mr. Thanh and his wife both come to cheer, encourage, or accept the award to use his own caddy, then Mr. Thanh will be the one to stand by his son’s side.

“I find golf gives Gia Han many things. Playing golf helps children exercise their physical strength and become healthier. In addition, children also practice self-discipline, independence and self-confidence, not only on the golf course, but also in study, communication as well as in daily activities,” Thanh shared.

Over the past 4 years, golf has gradually become an indispensable part of the life of young golfer Gia Han. Being trained properly, being tutored “one teacher one student” from the very beginning helps Gia Han soon achieve certain results. The 11-year-old golfer born in 2011 is already a familiar face in many golf tournaments and possesses certain achievements such as 3rd place in the National Youth Championship 2020 (Group U9) or the first prize in the Amber Hills-Opening Women’s Group. Tournament, the event marked the recent change of identity of Yen Dung golf course. Attending the National Golf Championship 2022- VinFast Cup came to Gia Han very by chance. During the awarding ceremony at the event on Yen Dung ground mentioned above, the General Secretary of the Vietnam Golf Association, co-head of the Organizing Committee of the National Golf Championship 2022 – VinFast Cup Le Hung Nam was very impressed with the achievements of the golf club. Little golfer Gia Han and expressed his wish to give her a special ticket to attend the tournament in Hai Phong on the 19th. However, the female Handicap at the tournament is regulated to a maximum of 10.0, and Gia Han’s is 8.6, so she does not need to receive a special ticket, but is eligible to participate in the tournament.

Sharing about future plans for Gia Han, Mr. Thanh expressed: “This year Gia Han is only in 5th grade, still too young to orient her children’s future. Currently, for children, playing golf is still a hobby, a joy, meeting friends, participating in tournaments as a playground. In the future, the family will let the child direct his or her own path, be it professional or playing in terms of movement.

If you want to become a professional in the future, you must determine to practice seriously, with investment and a long-term plan. At that time, the practice must be raised to another level, much harsher than now because it is already a career, a career. We will also determine the mindset so that Gia Han understands that if her child likes and is passionate about something, the family will stand behind, support and support. And you yourself have to work hard to achieve certain results on the path you have chosen.”

Not only Gia Han, the National Golf Championship 2022 – VinFast Cup also has the presence of many talented young golfers, the future of Vietnamese golf such as Nguyen Anh Minh, Le Chuc An, Le Khanh Hung… Talking about Gia Han As well as the young talents of Vietnamese golf, Mr. Le Hung Nam said: “A lot of young people are ‘talented without waiting for age’. For the first time in history, an 11-year-old golfer participated in the National Golf Championship! For the first time, the National Golf Team has such a carefully selected lineup and those very young faces deserve to represent Vietnam Golf to participate in SEA Games arenas as well as Asiad or other tournaments around the world. . Not to mention achievements, especially daring to engage in professional sports, being ready to compete for the colors of the country’s flags and colors has been an extraordinary effort by you and your family! We will always be by your side!”

National Golf Championship 2022 – VinFast Cup brings together 142 golfers (123 men and 19 women), regardless of professional or amateur, will compete within 4 days, from April 19 to 23 at Vinpearl Golf Hai Phong , to find the best Vietnamese golfer. 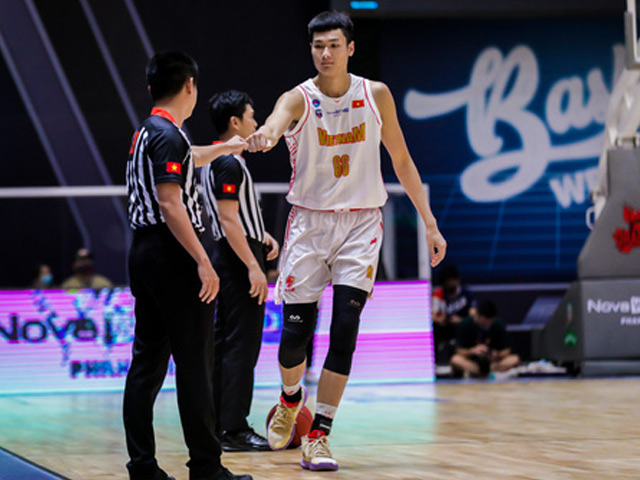 (Sports news) With a team of players of ideal height, including 2 athletes with a height of over 2m, the Vietnamese basketball team is aiming for a historic goal at the 31st SEA Games on…