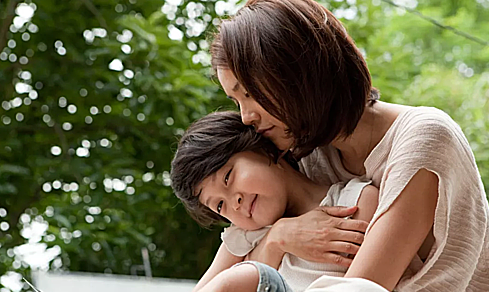 If applying this method, parents should not be too strict with themselves when their children make mistakes. Because I cannot be gentle with you, if not gentle with myself.

A mother helps her son calm down after severe pain by holding him and taking deep breaths until the baby says he wants to drink water. A toddler spills coffee all over the toy shelf. The mother shows her child how to clean up the spill and explains why it can’t be done. The boy obediently obeyed, no fight happened.

The two mothers mentioned above are practicing gentle parenting, one of four parenting styles studied by Diana Baumrind, a psychologist at the University of California Berkeley since the 1960s.

“Most people think this is easy,” says Sarah Ockwell-Smith, author of “Gentle Parenting” and “Gentle Discipline.” , no discipline, no rules, no limits, let me do whatever I want. They are seen as the ones who sit back and make excuses for my behavior.”

In fact, gentle parenting is a method based on four factors: respect, understanding, empathy, and boundaries.

Gentle parenting is more about teaching and setting an example, as opposed to traditional punishment. For example, if a parent finds it difficult to dress their child in the morning, think of a way Help your child learn to dress. Parents can allow their children to choose clothes they like. Then, show trust, expect the child to be able to dress himself, to encourage him.

Of course, there will come a day when the child does not listen to the parents. What you need to do is calmly communicate, firmly ask your child to follow. “Toddlers are often fussy. Teens often argue and act rude,” says Ockwell-Smith.

However, it is important to distinguish between discipline in the present and in an emergency. There will be urgent situations where parents do not have much time to gently teach their children.

For example, emergency discipline is implemented when preventing a child from passing in front of a car, throwing a cell phone down the toilet. “You have to stop that behavior before you think of something positive. We often stop it by shouting,” says Ockwell-Smith.

When the situation is no longer urgent, parents can ask their children why they act the way they do and guide them on how to make safer decisions for them to act in the future.

Although comprehensive research on gentle parenting has not been published, many of the principles have shown positive results when tested. A 2019 study published in the Journal of Experimental Child Psychology, USA, shows that gentle encouragement can help shy toddlers better regulate themselves.

According to a 2014 study, in the journal Social Development, USA, to help children understand how they should behave, focusing on discipline is more effective than punishment.

Why is gentle parenting difficult?

You can refer to many documents about this method, but practice is not easy. Parents must stay calm when their child is irritable, especially when you are tired or stressed.

Parenting in this way will help parents practice patience and create better habits. “In the past, it was difficult for parents to raise us. Therefore, it is also difficult for us to raise our children. To be gentle with our children, we almost have to look at ourselves, understand our baggage as well as understand it. what makes us who we are,” Ockwell-Smith said.

According to experts, gentle parenting will become more instinctive and natural when parents understand why they scold and punish their children for something.