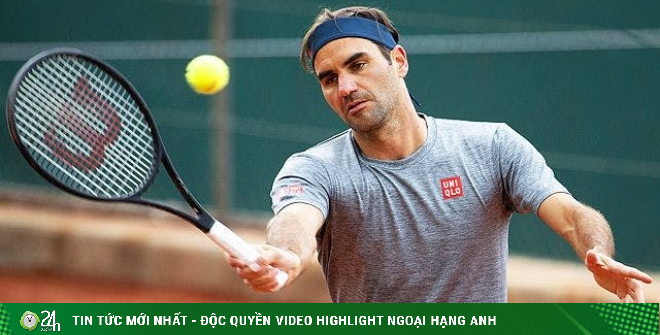 (Sports news, tennis news) After more than 2 months of rest, Federer will officially return in the second round of the Geneva Open, the ATP 250 tournament held in his native Switzerland.

After losing to Nikoloz Basilashvili in the quarterfinals of the Qatar Open on March 12, Roger Federer has officially returned to the felt ball village. However, contrary to predictions from experts, instead of Madrid Open or Rome Masters, “Express Train” decided to choose Geneva Open, the ATP 250 tournament taking place in Switzerland as the starting point for the clay season. .

In fact, competing at the ATP 250 tournament after more than 2 months of not playing was a wise decision of Federer. Not having to face too many strong players helps the 39-year-old legend overflow with the opportunity to be crowned, thereby having a good mentality ahead of Roland Garros.

Federer’s opponent in the second round of the Geneva Open (was exempt from the first round) is Pablo Andujar, the 75th ATP player. In the past, the two have never clashed, but in terms of class and rank, Andujar’s ability to surprise is not high.

Fognini’s recent form has been disappointing. After reaching the quarterfinals of Monte Carlo, the Italian player was continuously eliminated early in the Barcelona Open (2nd round), Madrid Open (2nd round) and Rome Masters (1st round). Therefore, Guido Pella can completely think of a victory.

The balanced head-to-head record between Fognini and Pella (2 wins each) shows that this will be the most evenly matched match in the first round of the Geneva Open.