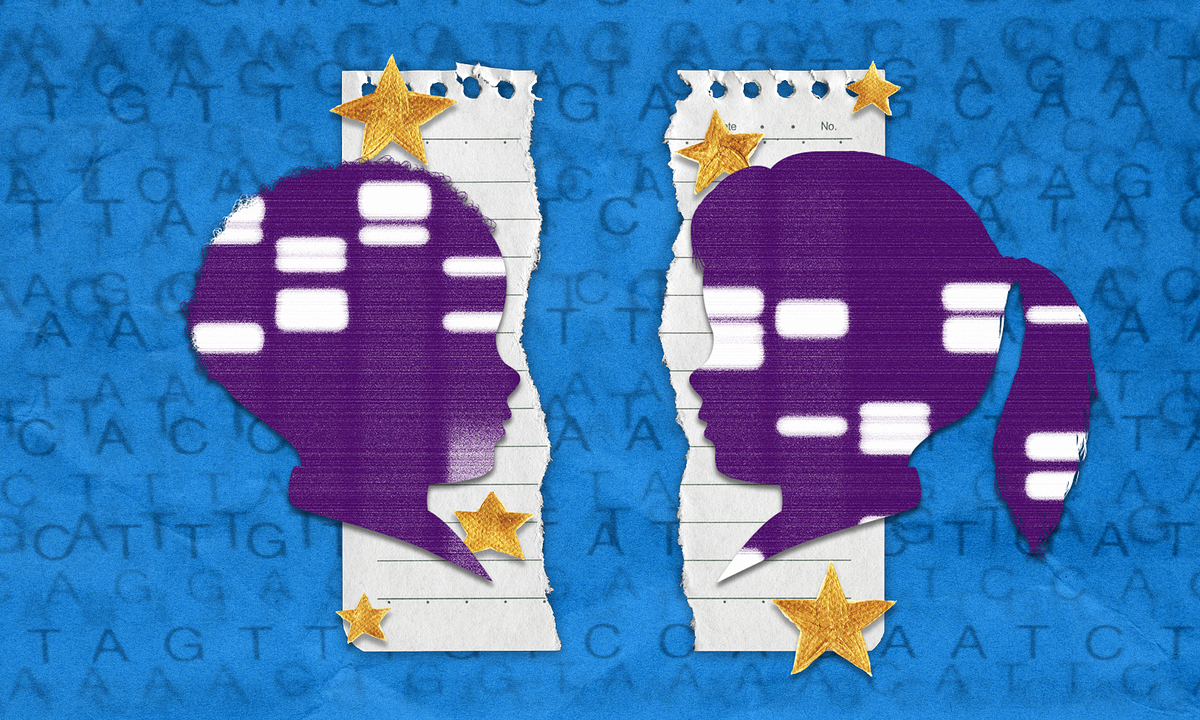 According to research, genes can determine 11% of a child’s learning capacity, mother’s educational background accounts for 15%, family income accounts for about 7% …

There are many factors that can help children do well in school, for example having wealthy parents enough to hire a tutor. But recently, researchers are extending genetic markers that are used to diagnose obesity and cancer to predict an individual’s ability to succeed in school or sports.

In terms of education, scientists are aiming to use the results of students’ genetic tests, helping teachers to build effective teaching methods and programs, for example identifying children who may be weak. study and conduct early intervention.

Since 2018, researchers have analyzed data from more than a million people from many countries and found that genes can determine up to 11% of a person’s ability to learn, comparable to other social factors. such as the mother’s educational background (determining 15% of the children’s educational outcomes) and parents’ income (deciding 7%).

“We can be sure that these genes influence learning outcomes,” said Aysu Okbay, a scientist at Vrije University in the Netherlands.

The scientists estimated that, with more genomic marker data, they could conclude that about 80% of children’s learning outcomes are dependent on external factors and 20% dependent on genes.

However, some researchers worry that this method of genetic testing could be misused or make racism worse. Historically there has been thought in favor of researching genetic components to nurture the “superior traits” and to eliminate the “inferior traits” of humanity.

In addition, scientists think that one should be wary of the idea of ​​predicting students’ academic performance based on their genetic markers.

“Gene marker information is a very useful and potential scientific tool. However, there are still many worries. In the future, we will have the capacity to predict all of these. the effect of this tool, “commented sociologist Ben Domingue of Stanford University.

Scientists are also concerned that the use of genetic marker information will be commercialized while research is ongoing. Recently, a few companies have sent customers information about genetic markers to predict health and fitness problems, although scientists have not confirmed whether this result is predictable or not.

Khanh Ngoc’s (According to NBCNews)