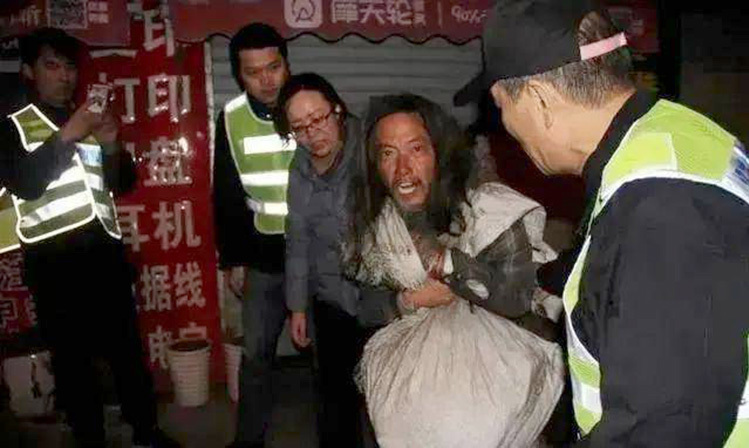 ChinaWith disheveled hair and dirty clothes, Yao Yuan, a candidate who once topped the university entrance exam, has been wandering around begging in Shanghai for many years.

In 1990, Yao Yuan, a young man from Hubei province was admitted to Beijing Institute of Technology as the valedictorian of the all-China university entrance exam.

Twelve years later, Shanghai police found Yao in an abandoned house. At this time, he was in a state of despair, and his mind was not clear. When his identity was revealed, everyone was quite shocked and asked what happened to this man.

After entering university, Yao Yuan studied very hard. After four years, he graduated with honors and was accepted into a scientific research institute in Beijing. However, the job is relatively boring, making Dieu Vien increasingly dissatisfied. In 2008, he quit his job and went to Shanghai to look for new opportunities.

Although his parents did not understand his son’s decision, they still did not stop him, only advising him to “think carefully before doing” so as not to regret it in the future.

When he first arrived in Shanghai, Yao Yuan was full of confidence, but when he really started living here, he realized that things are not easy. Graduates from prestigious universities in Shanghai are numerous, while many large companies prefer to recruit talents with overseas study or work experience. The fierce competition was beyond Yao Yuan’s imagination. He has been to many companies but the interview results were not positive.

This man has had a smooth sailing life since he was a child, so not only was he frustrated after many companies refused, but his self-esteem also fell to the bottom. “Even though things are not going well, I will continue to stay in Shanghai to look for new opportunities,” Yao Yuan told a friend.

At that time, the financial crisis engulfed the whole world. Many companies in Shanghai at that time laid off employees, many unemployed people desperately searched for jobs. After a while, Yao Yuan also spent all his savings. He started wandering the streets of Shanghai.

Because of debt and shame, Yao Yuan cut off contact with his family, living by picking up trash and begging. Parents in the countryside were very worried, but they did not have an address in Shanghai, so they just waited. After a long time without news, his parents announced that their son was missing and went to Shanghai to search but to no avail. After a few years, the two had to accept “perhaps Dieu Vien is no longer alive…” and gradually gave up the search.

In 2020, Shanghai police announced that Yao Yuan had been found. Due to living on the streets for 12 years, without contacting and communicating with outsiders for a long time, this man began to show symptoms such as depression, mental disorders, and memory loss. At that time, he looked thin and tired. In addition to the age of 40, Dieu looks like an old man in his 70s. Seeing him again, his parents are both happy and sad. Happy to have found you, but sad because you have changed so much.

Yao Yuan was then taken to the hospital for treatment. Because the condition was not too serious, he regained his memory, and his health also recovered quickly.

After recovering, her parents asked Dieu Vien: “Why don’t you go home when you can’t find a job?”. The son admitted: “It was because of my arrogance.”

Previously, Yao Yuan always considered himself a genius and had the right to choose. When he arrived in Shanghai, everything was difficult, he could not adapt to reality but still thought that one day he would create a solid foothold. “I want to one day return to my hometown with honor to prove that my choice was right,” recalled Yao Yuan.

However, failure, debt made him have no face to go home, so he chose to hide.

Currently, Yao Yuan has accepted his fate and lives a normal life. When talking to people, he can now share many stories, especially the lesson of accepting failure, accepting that he is no longer excellent and lowering his ego.

Yao Yuan’s story was recently posted on Chinese social networks, attracting the attention of internet users in this country. There are many people who criticize Dieu Vien’s arrogant thoughts, but there are also people who sympathize. In this issue, one person wrote: “Actually, normal does not mean ordinary. People must always be content and accept the present. If you blindly follow things that are unrealistic, you will only get lost. and become a loser.”