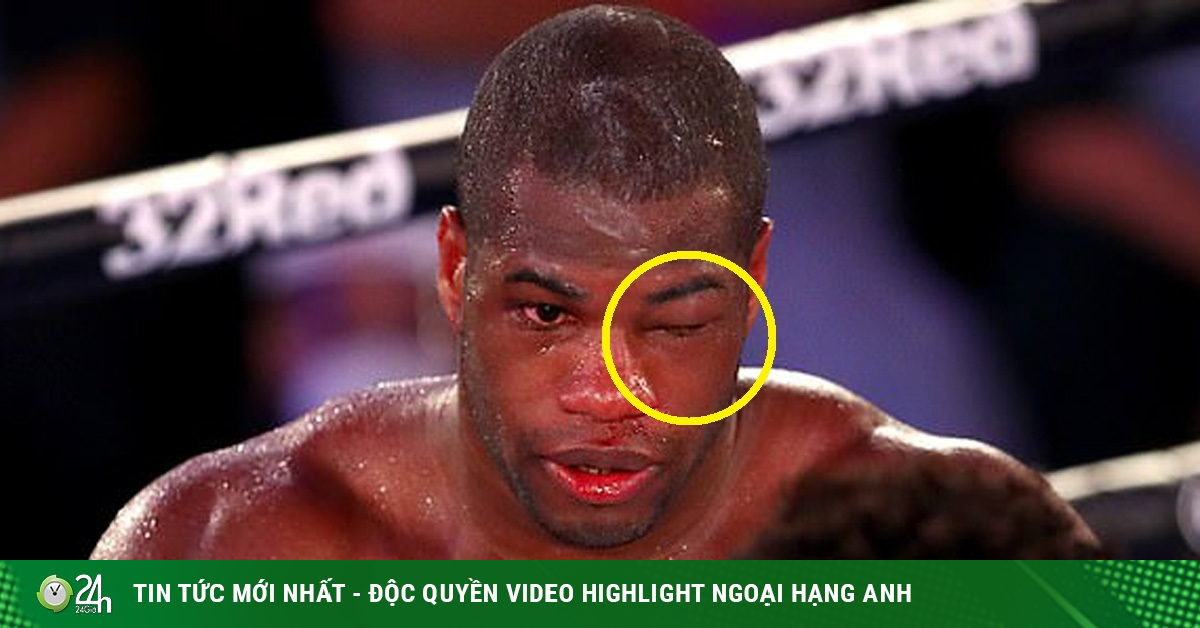 Over the weekend, British boxer Daniel Dubois had a match against fellow rival Joe Joyce in the European championship match. The match ended in the 10th half with a knock-out win for Joe Joyce after Dubois could not stand and fell to his knees.

Dubois suffered a serious injury to the eye area

After the match, Dubois was taken to the hospital to examine the swollen eye area. Test results showed that the 23-year-old puncher had a cracked left eye socket and retinal bleeding. Doctors also said that Dubois could have blinded his left eye, if he continued playing and suffered further damage. According to The Sun (England) page, Dubois will have to leave the boxing ring for at least 5 months.

Dubois is carefully examined by doctors to decide if surgery is needed. However, the 23-year-old puncher was heavily criticized by some in the boxing world for his action to stop the match. Boxer Dillian Whyte called him a coward, while puncher Chris Eubank Jr denounced his “surrender”.

But from a healthcare provider’s perspective, Ricardo Mohammed-Ali, a surgeon who saved Kell Brook’s eyesight twice by regenerating broken bones, defended his decision to stop the match. Dubois.

Dr Mohammed-Ali told Sportsmail: “As someone who has performed multiple eye surgery, I say it is safe to stop the game if there is a suspicion of a fracture or a danger of loss of vision. It could definitely be a career-ending injury.

If the socket bone is broken and the eye moves again, if they take more hits, it can be very dangerous. If the orbital bone is damaged further, the injury will be more serious, making it difficult to regenerate and restore functions that a professional athlete needs. (Sports news, martial arts news) “Descendant of Tai Chi” has a ridiculous defense after the defeat of Xu Xiaodong.