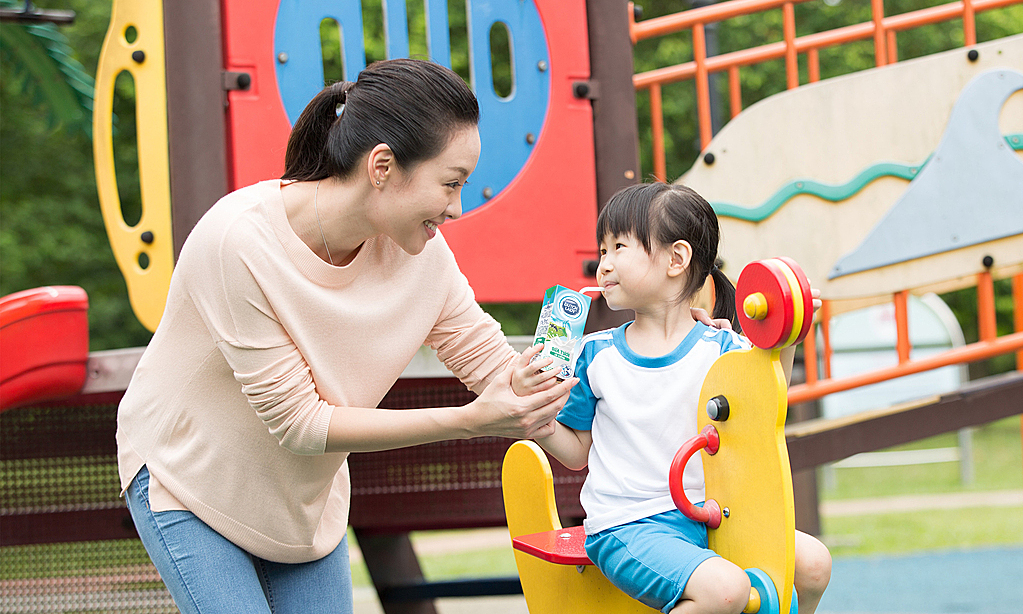 The leader of FrieslandCampina said that the enterprise is consistent with the philosophy of providing a balanced source of fresh milk with nutritional balance, safety and pure natural taste; Give children what they need but do not abuse the taste to indulge their taste buds. The company decided to provide products that are good for children’s health, by balancing sugar, salt, and saturated fat, after doing many studies and surveys for many years.

In order for a child to develop comprehensively, nutritional needs must be satisfied, physical problems must be solved, but this is different when comparing Asian children with Europe, America … Meanwhile, when producing nutritional drinks for children, Dutch Lady has shaped that the formula to be perfect, must first be suitable for the target audience. And the dairy company has invested more than 80 billion euros in R&D (research and development) activities over the past decade.

In 2010-2011, the company conducted a nutritional research on SEANUTS in the form of a dietary survey on 16,744 children from 6 months to 12 years old in four Southeast Asian countries, Thailand, Indonesia, Malaysia, and Vietnam. In Vietnam, SEANUTS received the implementation collaboration with the National Institute of Nutrition.

The results show that Vietnamese children have a relatively high rate of nutritional deficiencies compared to other countries in the region. Specifically, 50% of children in the state of vitamin D, vitamin A deficiency, 32% of children lack iron in the daily diet. That results in stunting and poor height development. Besides, across the country, nearly 42% of primary school students in urban areas are overweight and obese. The increase in the number of overweight children stems from passive lifestyles, overconsumption of poorly nutritious foods, and high in saturated fat.

The physical characteristics of Vietnamese children are a difficult equation, but to solve it, Dutch Lady decided to adjust in each carton of milk.

As recommended by the World Health Organization (WHO), each adult should not eat more than 5 grams of salt a day. However, Vietnamese people eat twice this amount, consuming up to 9.4 grams. Studies show that, in their daily eating behavior, Asians in general and Vietnamese in particular prefer rich, spicy dishes, especially sugar and salt.

Prioritize compliance with the World Health Organization (WHO) statement on children’s health, the group has drastically implemented the goal of reducing sugar, salt and saturated fat consumption, preventing the increase in percentage. obesity and cardiovascular diseases.

Since 2009, the company has actively reduced the amount of sugar in its products. Over the past eight years, up to 45% of the sugar has been reduced in every carton.

According to a separate study of this unit, group of 4 substances: calcium, phosphorus, vitamins B2 and B12 have the effect of releasing energy from nutrients, helping the body to move more efficiently. Therefore, the milk line exclusively for the Vietnamese market in recent years focuses on calcium, vitamin D, protein, vitamin B2, B12 …

“The Dutch girl provides a nutritional solution that suits the needs but does not overdo it with the typical taste, such as adding sweetness, increasing fat which is loved by young children, sounds paradoxical to business enterprises, But we have a lot of consent from parents, “said the leader of a dairy company from the Netherlands.

Mr. Berend van Wel, General Director of FrieslandCampina Vietnam, affirmed that, like all other countries in the world, in Vietnam, every new product is guaranteed to comply with testing and testing according to Standards. Global Nutrition Standard, a set of standards designed to create the healthiest products for human health. Since then, Vietnamese children enjoy the best nutrition.

It is forecast that the world’s population will increase from 8 billion to approximately 10 billion by 2050, and food demand will increase. According to Mr. Berend van Wel, the Group’s responsibility is to provide good food, good nutrition, and good for the health of consumers. This is also the business philosophy of the company for more than 145 years, in addition to complying with the quality uniformity from grasslands to glasses of milk globally according to Dutch standards. 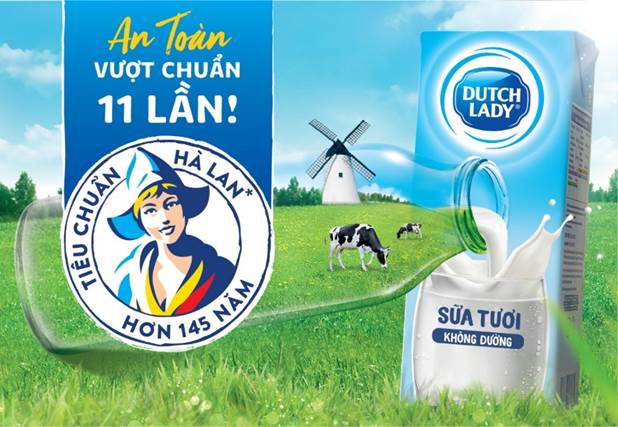 Over the past 145 years, Dutch Lady has constantly drawn her experience in milk production from generation to generation. With modern technology, strict European production and quality control and the 4-no rule – no antibiotic residue, no pesticides, no preservatives and no chemical colors, Lady Ha Lan brings each box of fresh, pure milk and has 11 times the safety of the standard (compared to the Vietnamese regulations).