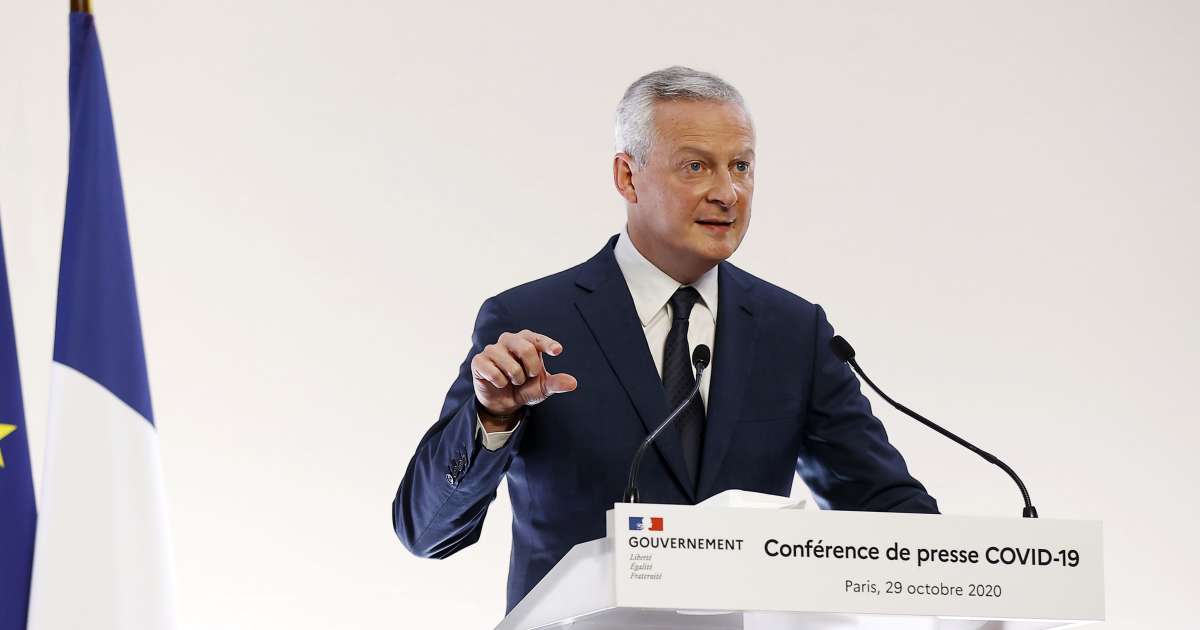 It is an astronomical number. The measures taken to support economic activity in the face of the second lockdown will result in a further worsening of French public debt, which should reach 119.8% of GDP in 2020, the Minister of the Economy said on Friday, October 30. Bruno Le Maire.

“We had forecast for 2020 a debt level of 117.5% of GDP. This figure will rise to 119.8% ”, affirmed Bruno Le Maire in an interview with “Parisien”, defending expenditure “Which will allow us to bounce back very quickly and accelerate the transformation of the French economy to make it more competitive”.

These additional expenses, induced by a strengthening of support measures for businesses, will reach 15 billion euros in November alone, Bruno Le Maire had already announced the day before. For the creation of a European tax on speculations, Pierre Larrouturou starts a hunger strike

In total, 20 billion euros will be released to deal with the crisis, over a period of eight weeks, Prime Minister Jean Castex for his part indicated. They will be added to the nearly 470 billion euros mobilized since March.

Is Debt a False Problem?

A recession even more severe than expected

All these measures have already resulted in a massive increase in deficits and debt, which in June reached 114.1% of gross domestic product, a jump of 12.7 points in three months, unprecedented in the annals of statistics of INSEE.

How long will finance hold up?

On Friday morning, the government had indicated that it expected that the reconfinement entered into force will cause an even more serious recession than expected so far: -11% for GDP, against -10% previously projected.

What finance and what currency in 30 years? Relive our conference