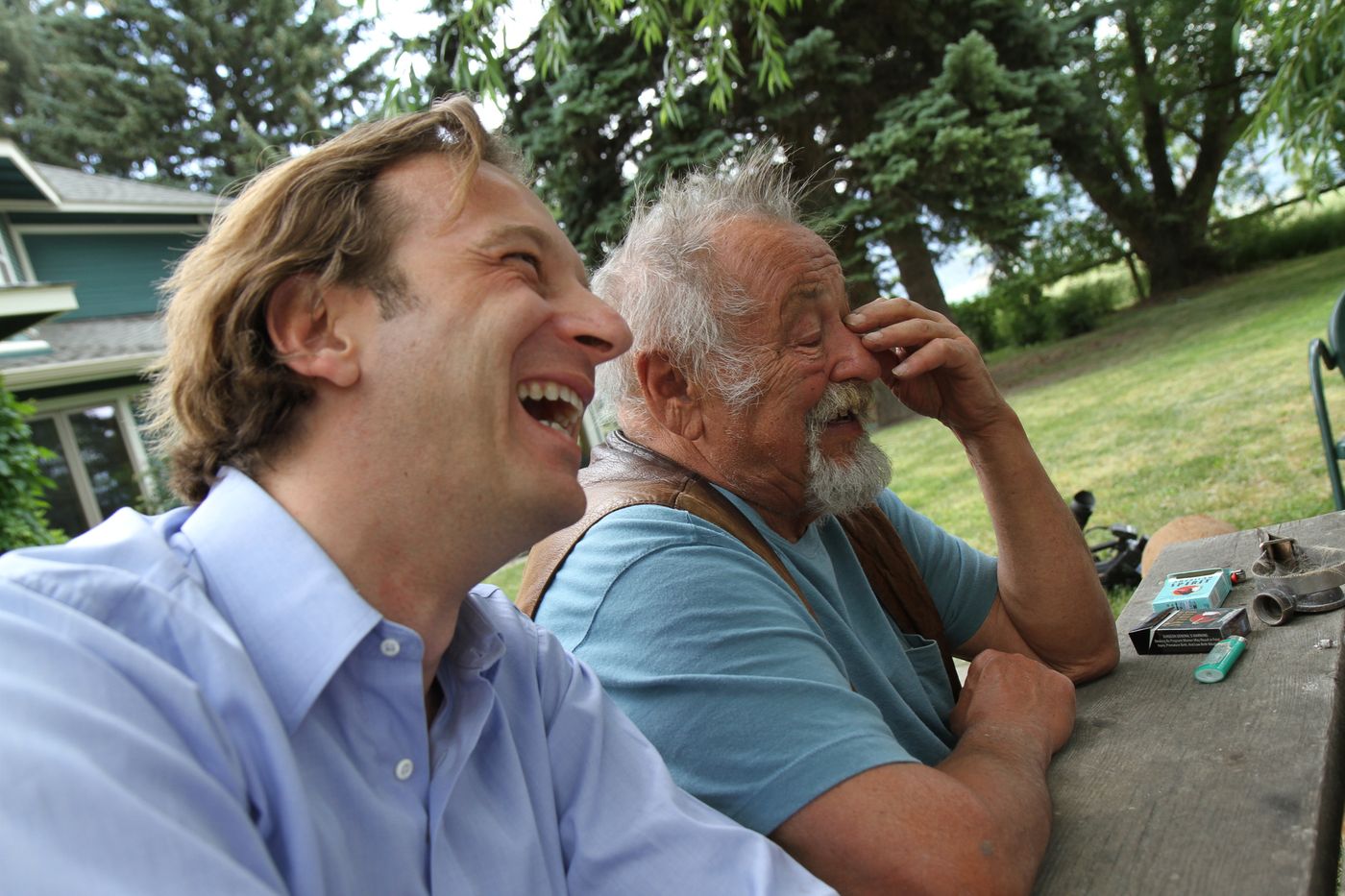 La Croix: Why him?

Francois Busnel : This is a form of evidence for me. At least for two reasons: Jim Harrison is a novelist and a poet of high sap, with a Rabelaisian breath, who can help as many people as possible to live better. Art, music, books, cinema are not decorative objects. They have the power to upset us, to set us on the road, to reconnect us to who we are. Jim Harrison acts on our emotions. He does good. It transforms us.

I read Dalva, at 20 years old and it was a shock. This book pushed me to look elsewhere, to broaden my horizons, to do this job and not just dream about it. To spin in the United States, to discover the Indians and a counter-history.

Then, all his work answers the question: what planet are we going to leave as a legacy to our children? Jim Harrison is one of the greatest thinkers of ecology, even if he never uses this word. He is in the line of Montaigne, the father and precursor of William Thoreau, during the Nature Writing (American literary genre, Editor’s note). By reconnecting with the wild world, we reconnect with human nature. During this time, we city dwellers sink into stress, we submit to the imperatives of performance, profitability and we distance ourselves from ourselves.

Were you thinking of a cinema film from the start?

F.B. : I had made a “Road Book” with him for television in 2011. Then, for years, I wanted a cinema film on nature and the great outdoors with Jim Harrison rather than a portrait of him. When he finally accepted, after multiple reminders, he invited me not to be satisfied with what I knew how to do. Tight shots of his face-landscape, with his wrinkles like canyons, his suitcases under his eyes like lakes, his beard like a primary forest; wide shots in scope in large spaces and an editing that would favor amplitude, long time, silences, details and everyday life. These principles laid down, we only had to follow this man with the physique of a cyclops, with the gait of a grizzly, and to let ourselves be lulled by his cavernous voice. The editing gave pride of place to the sounds of nature and life. The music only intervenes in counterpoint.

→ CRITICAL. “Only the earth is eternal”, the spiritual testament of a wise old man from Montana

Did he know it was the last summer of his life?

FB : When we arrived, Adrien Soland (co-director of the film, editor’s note) said : “He knows he’s going to die. » I do not believe it. Big Jim has survived everything: depression, drugs, alcohol, loneliness, harsh winters, very hard summers, poverty, fame. Everything came to me much later, during the editing. Adrian was right. I discovered that he had given us a gift: cheeky and joyful, he had offered us the spiritual testament of a man in the twilight of his life. Why didn’t I see him, close to him, looking at him, listening to him? We filmed the fragility of a man out of breath, between respect and modesty. He showed himself to us, unvarnished, without that disguised image of handsome old men. He presented himself to us, tired but upright, smiling, with his clearly visible scars, without self-pity, nor the usual whining.

What was the nature of your relationship? How long have you known him?

FB : I had met him simply as a reader in 1999, at the Étonnants Voyageurs festival, in Saint-Malo. Then, having become a journalist, I was lucky enough to be able to extend our interviews with real life moments, in Paris and at his home in the United States. We fished together, we talked a lot, about everything and nothing, and we cooked. So many special moments that consolidated a bond, solidified this relationship.

What did it bring you?

FB : What I missed for a long time: knowing how to live in the moment. Before, I was only in a hurry, the race. I kept projecting myself. I read his books like a schizophrenic, seduced by his hedonism of the present moment but always in full gallop. When I returned from this shooting, at the end of the summer of 2015, I resigned from The Express and of Read. Reading it refocuses me to reduce the part of comedy and come back closer to the truth of the beings I love. Jim said: “If you don’t have an hour every night to cook, quit your job!” »