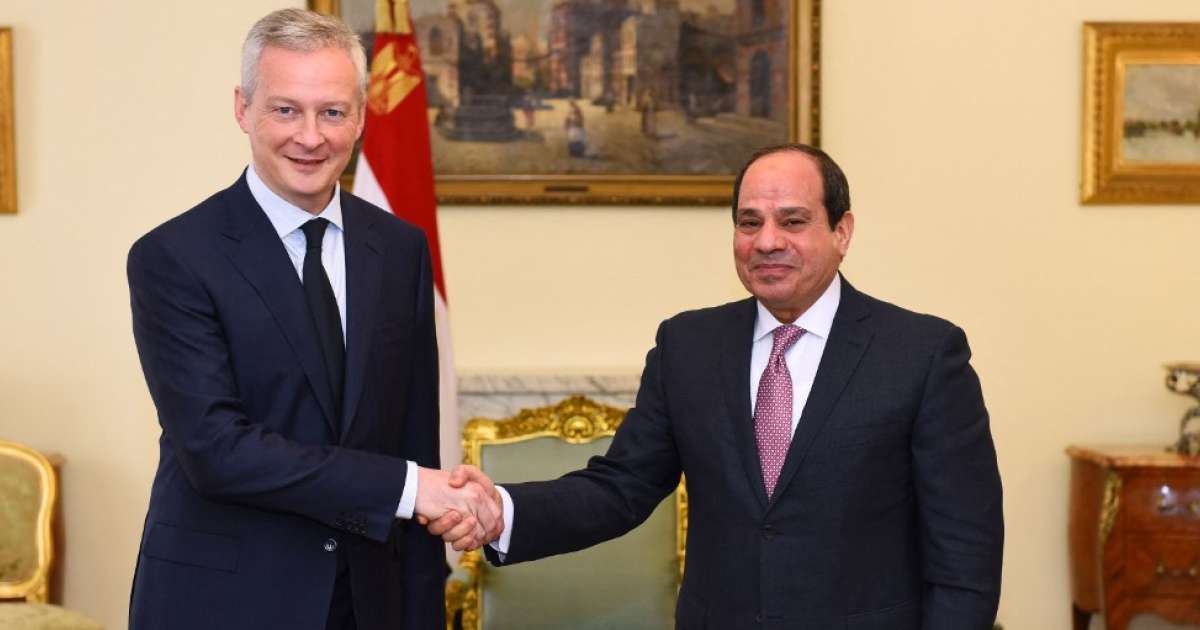 The French Minister of the Economy, Bruno Le Maire, signed this Sunday, June 13 in Cairo, agreements for the financing of several development projects in Egypt for an amount of 3.8 billion euros.

An intergovernmental agreement stipulates that France will finance “Preferential conditions” several projects in Egypt via French companies to the tune of 1.8 billion euros.

The first provides for the supply by Alstom of 55 metro trainsets for line 1 in Cairo, for a total of 800 million euros financed by a loan from the Treasury. The line used by 1.5 million travelers every day has trainsets dating from the 1980s.

The commercial contract with the French railway manufacturer will be signed “Within six months”, according to the minister.

Nine other projects are included in the intergovernmental agreement, signed alongside Egyptian finance ministers Mohamed Maait and international cooperation Rania el-Machat. They will be funded by the French Development Agency (AFD) to the tune of one billion euros between 2021 and 2025.

In addition, a roadmap was signed to reach an agreement, in particular on the implementation of the construction project of the new line 6 of the Cairo metro. According to the minister, France is ready to offer bank loans guaranteed by the State for an amount of two billion euros.

“The first country in terms of financial exposure of the Treasury”

“With these four billion euros of financing, Egypt becomes a strategic economic partner of France (…) It is now the first country in terms of financial exposure of the Treasury”, added Bruno Le Maire.

Often paralyzed by traffic jams, Africa’s largest megalopolis, with a population of over 20 million, suffers from a dire lack of safe and efficient public transport.

The Cairo metro rail network has three lines, which are currently the subject of extension work while three others are planned.

Since the construction of the first line in the 1980s, in which French companies participated, led by Alstom, the metro has been one of the flagships of bilateral Franco-Egyptian cooperation.

At the beginning of May, Cairo announced the acquisition of thirty Rafale fighter planes, missiles and other equipment from France for an amount of nearly 4 billion euros, while going into debt over ten years to the aid of a loan mechanism largely guaranteed by France.