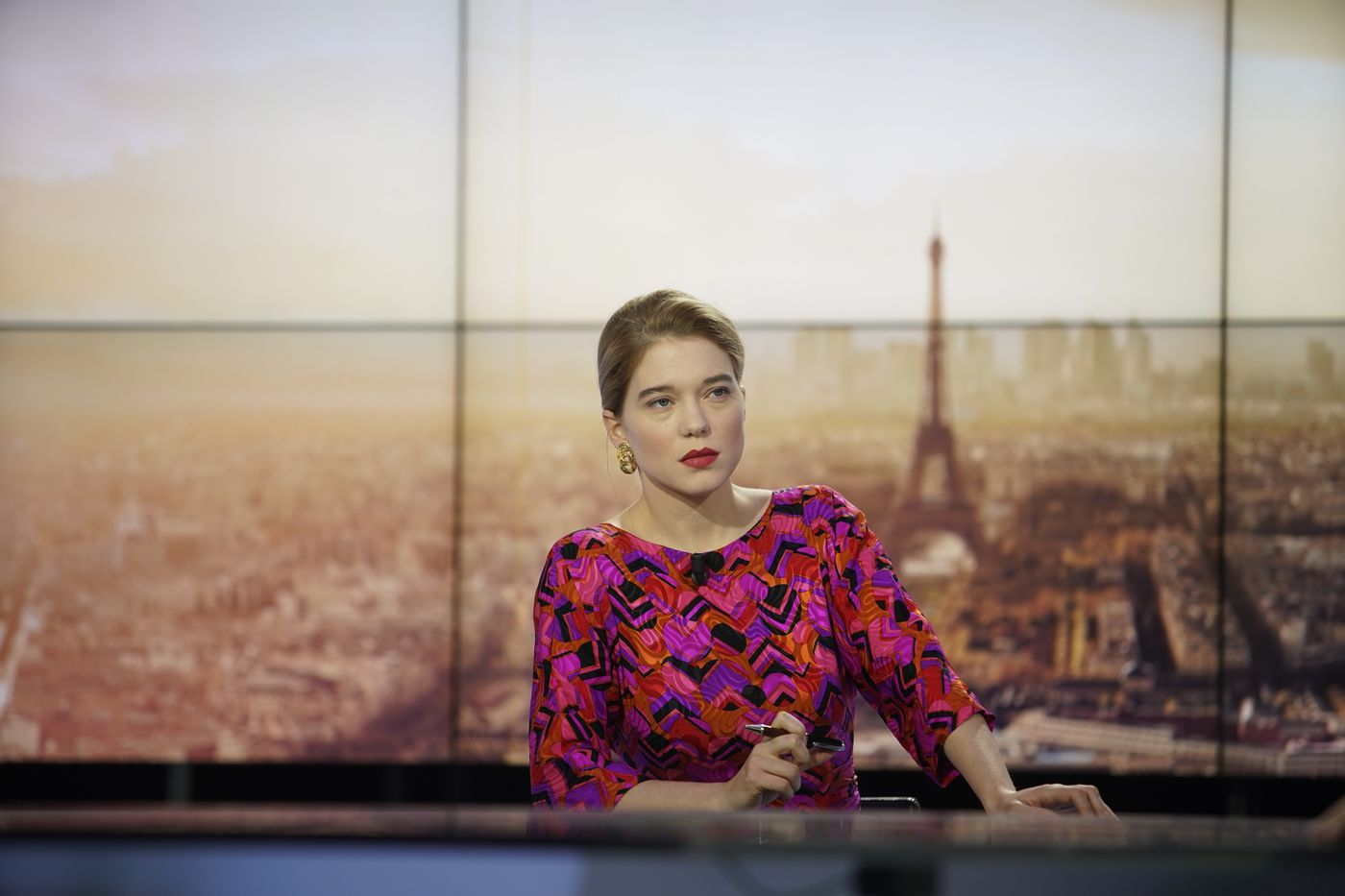 With each film, Bruno Dumont has this ability to surprise us which is the hallmark of great filmmakers. After the burlesque of My Loute and of Little Quinquin, then the musical in two parts, more or less inspired, on the life of Joan of Arc, the northern director arrived at the Cannes Film Festival, in competition, with a new cinematographic UFO. France is by its author’s own admission a sort of ” novel Photo “.

Under his attire of kitsch and assumed vulgarity, he paints a vitriolic portrait of a woman – a television journalist – but above all of a country which no longer knows very well where it is, given over to the stupidity of social networks and the cynicism of its elites. A satire with which Bruno Dumont tends to our time a barely distorting and rather despairing mirror.

Her heroine, France de Meurs, played by Léa Seydoux, is the star of a non-stop news channel more concerned with the staging of herself than with her subject. She is the star, whether she attends a press conference by Emmanuel Macron or goes to a country at war. The participants – President of the Republic, soldiers or migrants crossing the Mediterranean – appear as extras, “Useful idiots”, of the great media spectacle which transforms reality into fiction.

The eye riveted on his phone, Lou (Blanche Gardin), his assistant, provides him with the elements of language likely to ignite the social networks and to highlight the journalist. The aphorisms she utters at the speed of a machine gun (“On the Internet, the worst is the best”) are downright obscene, just like the permanent self-congratulation that the two women engage in.

Until reality takes revenge and a simple accident – she runs over a delivery man on a scooter – causes the icon to wobble and plunges her into a deep depression that she will heal “In four weeks” in a luxurious establishment in the Alps where she meets other celebrities in full spleen. The filmmaker turns his anti-heroine into an ambivalent and tragic character, as beautiful and intelligent as he is egocentric and coldly calculating.

If the vagaries of life and her profession end up instilling doubt in her, making her more human and accessible, the path to redemption – if there is redemption – will be difficult as she appears corrupted by the system. “Everyone can change, otherwise we won’t believe in anything”, drops one of the protagonists at the end of the film.

Behind the squeaky farce of second-degree humor – and who better than Blanche Gardin to represent it? – but also the melody dripping with good feelings, Bruno Dumont delivers an acid reflection on our contemporary world, its media hypertrophy, its distorted representation and its generalized loss of meaning and values. The filmmaker voluntarily forces the line. We laugh but we laugh yellow as the director’s determination to save his heroine, and us with it, seems a business lost in advance.

The form is in tune with its purpose. The saturated colors, the bad taste of the outfits in France as in her gigantic apartment, the transparencies when she crosses Paris by car: everything converges to make this decor a small theater where reality is a trompe-l’oeil. In this terrifying mise en abyme, Léa Seydoux was not chosen at random. With her talent, she brings to her character what she also represents in life, a beautiful glossy image whose truth of being is difficult to achieve.

“My job is to transfigure reality”

“Journalism is the most interesting medium for understanding modernity. It is technologically at the forefront and at the same time touches on a crucial area, access to the truth. However, this truth is truncated for industrial or ideological reasons. But I’m not a documentary filmmaker, I do fiction. My job is to transfigure reality.

France, my heroine, is a star of this milieu, which is not entirely stupid and realizes what it is. I film this awakening but in a satirical way. There isn’t a journalist like her, but behind her are all of us. We are all faced with this dilemma between the truth that we have and the obligations that are imposed on us, which is called compromise. It is a real contemporary subject. I turn it into a Greek tragedy and a dripping melody. It’s a funny, sad, tragic spectacle at the same time, but it is a spectacle. “