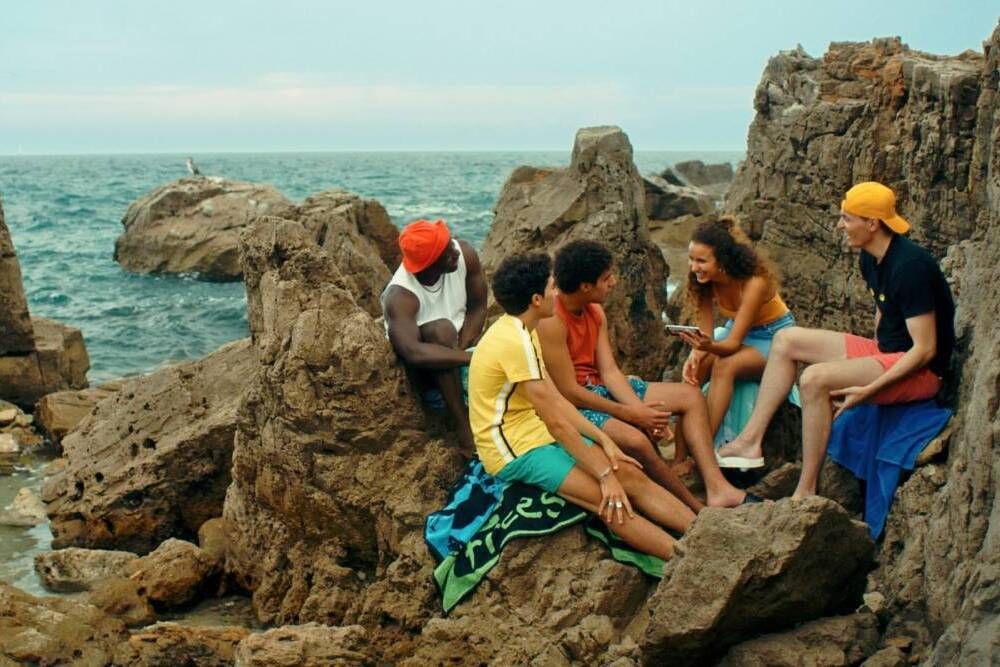 “The oyster also has heartaches”, we are warned in the highlight of the film. A nice way of telling us that, for the male as for the female – the oyster is hermaphrodite – heartaches have no gender. Az works for an oyster farmer in Sète. He is in love with Jessica, a young star actress of a local series, and has the absurd idea of ​​hiding a ring in an oyster to propose to her. Not only does the latter fail to choke, but she announces to him that she wants to take a “break” in their relationship.

Raised by women, Az is a fragile boy and takes it on. He is devastated and cries all the tears in his body as he gorges himself on chocolate and watching Bridget jones on the television. His neighborhood friends will do everything to console him. Among them, Lila decides to teach him to dance to try to regain his beauty during the party that the producer of the series has organized in a villa in the heights of the city.

With this reverse romantic comedy – it is the boy this time who suffers -, the director Emma Benestan, of which it is the first feature film, wanted to make, she says, a Dirty Dancing Algerian style. Successful bet. The film is funny, spirited and touching. The director, under a light exterior, brews with great energy and a lot of derision questions of gender, social class and origin. “It’s not because I’m a man that I’m doing anything ”, protests Az in front of his sister, his mother and his grandmother, who suspect him to be there for something in the rupture.

The sensuality of the bodies dancing to oriental music, filmed in the beautiful light of Sète and the joyful atmosphere of the bands, reveals the obvious influence of Abdellatif Kechiche on the staging. Just like the naturalness of the actors, dominated by the presence of Oulaya Amamra, revealed byDivine,which illuminates the film with its wild beauty.