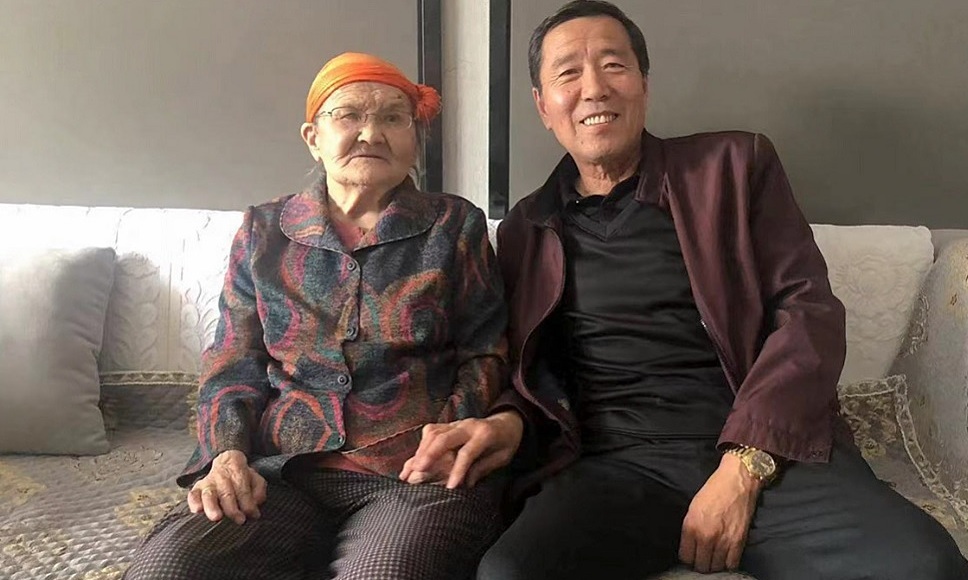 ChinaAt 61, Sun Baowei still doesn’t know where he was born, or who his parents are. So did dozens of his former classmates.

Sun’s life is quite peaceful. He owned a small shop in Dorbod Banner, a remote stretch of grassland on the Chinese border with Mongolia. Like many people of the same age in this region, his childhood was marked by trauma.

The locals here have the same name that people liken to Sun: Shanghai Doll. They are a generation of young people who grew up during the famine period of the early 1960s in China due to natural disasters and crop failure. Provinces on China’s east coast were hardest hit. By 1961, tens of thousands of babies from the surrounding countryside had flocked to Shanghai. Many orphans and children are abandoned by desperate families hoping the city has enough food to feed their children.

They were wrong. Despite being one of China’s wealthiest cities, Shanghai cannot provide food for all babies. The central government was forced to intervene, arrange urgent negotiations and ask officials in the north, which was less affected by the famine, for emergency assistance.

Shanghai has asked Inner Mongolia, which has a huge dairy industry due to its rich grasslands, to send emergency milk powder to feed babies. But Ulanhu, the founding president of Inner Mongolia, offered to adopt some of the helpless children.

More than 3,000 babies have been moved to Inner Mongolia, more than 1,500 kilometers to the north. According to government records, a total of more than 50,000 children were brought from Shanghai and neighboring Jiangsu and Zhejiang provinces to Inner Mongolia.

Evacuations change the lives of children forever. For decades, China barely acknowledged it. Only recently have the country and the children themselves begun to come to terms with this troubled past.

The relocation process is often chaotic. In some cases, trains full of orphans run through northern China until they find a place willing to take them. Some children ended up traveling as far as Xinjiang Autonomous Region.

No records were kept where the children were taken or their names. Until now, many people never found their last name.

Mr. Sun Baowei arrived in Inner Mongolia in 1961. After arriving at Dorbod Banner, he and 27 other children, most of them girls, were taken to a state-run kindergarten, which the local government hastily set up to receive them. There, they are cared for by a woman named Duguima.

Inner Mongolia has struggled to deal with the kids. It is a poor rural area, with a climate and culture very different from eastern China. Local people mainly raise cattle, the diet is high in meat and dairy. Unlike the humid south, Inner Mongolia’s winter is very cold, with frequent violent blizzards.

Some children died soon after arriving in Inner Mongolia. Local officials decided something needed to be done to lessen the damage. They started a network of daycares and hired locals like Duguima to run them. People like Duguima are tasked with helping children acclimate to the grasslands, before they are adopted by local families.

Duguima was only 19 years old then. She was unmarried and had no experience in childcare, but she applied for the job out of obligation and was accepted because she was “morally pure”. At that time, she lived in a clay walled house, taking care of 28 children from a few months to 5 years old alone.

Now 81 years old, Duguima still remembers how difficult those days were. She hardly slept at night. For every child who cries, the rest will cry too. Unable to speak Mandarin, she showed her affection for the children by knitting them with traditional Mongolian dresses in different colors.

“I feel sorry for those orphans. I want to take care of them and help them adjust to life here,” Duguima said. But over the next few months, the children were sent to foster families, and the nursery was empty.

Wanting the children to be treated with dignity, the government only allows infertile couples with savings to be eligible for adoption. However, Sun, then a year old, was adopted by a family after 2-3 months, then abandoned. Fortunately, another better-off family adopted him soon after.

Other children have a harder time. Jalgamj went to Dorbod Banner with Sun, but when he was 5 years old. After 6 months, the boy still has not been adopted. When the nursery began to close, he and the few remaining children went to live with Duguima.

Finally, a livestock family offered to receive Jalgamj. Duguima, who was very fond of the boy at that time, often rode to visit. One day, she saw Jalgamj, then seven years old, carrying a heavy sack of cow dung in the freezing cold. The boy’s left fingers were stiff, unable to move. Duguima was very angry. She scolds the other family and takes Jalgamj back to his place.

Still single, according to tradition in Inner Mongolia, Dguima could not adopt the boy, so he asked a couple in their 50s to pick him up. They loved the boy like their own son, until he went to school.

For decades, many “Shanghai dolls” knew almost nothing about this traumatic past. Ulanhu, leader of Inner Mongolia, was sacked in the late 1960s. His legacy is controversial. Mongolian families often avoid talking about adoption, seeing it as a dark secret that needs to be kept hidden.

Sun’s adoptive parents, like many families, have always refused to discuss their son’s origins. Until the day of his death, they maintained the illusion that he was a biological child. “My parents considered adoption taboo,” Sun said. “They’ve been trying to keep me a secret all their lives.”

Sun found the truth on her own. Dorbod Banner spans a large area, but it was a small community of about 10,000 people living there in the 1960s. And people started to gossip.

In elementary school, other children would call Sun and the adopted children “Shanghai dolls”. During the fight, he recalled his classmates shouting: “You are an orphan that no one wants to raise.” One day, after one such incident, Sun came home and asked her mother directly: “Are you an adopted child?”

“Who said that?”, Sun’s mother shouted and went straight to the child’s house. She refuses to return if the child’s parents do not punish their child. Later, Sun learned to avoid the topic. However, his doubts persisted. He began to notice that he was not in all the family photos from 1960, the year of his birth. Eventually, Sun realized the rumors were true.

He stressed that the “Shanghai dolls” never felt inferior or discriminated against, but he couldn’t stop wondering about the life lost.

In 1983, Sun, now 22 years old, arrived in Shanghai for the first time since leaving the city. With no concrete clues to where the pebbles came from, he worked as a frozen butcher here, but still spent most of his time asking questions, trying to figure out where he came from.

One day, Sun rented a motorbike taxi to the orphanage where he was staying before being taken to Inner Mongolia. Sun stood outside, looking up at the mahogany four-story building. He lingered by the door for a feel, then looked inside.

“I can’t help but imagine what life would be like here if I hadn’t gone to Inner Mongolia,” Sun recalls.

However, Sun never walked through that door and never followed the trail of his biological parents. In 2009, China created a DNA database to reconnect separated children with their families, but Sun did not register them. He still struggles to explain why.

When China’s central broadcaster CCTV launched “Waiting for Me” – a reality show about helping abandoned children find their families, in 2014, Sun submitted an application. However, he never received a response from the manufacturer. He was miserable at the time, but more balanced now.

“I’m happy with life here, it’s simple. The only disadvantage is the windy climate,” he said as he sat in his apartment in Dorbod Banner.

Over the years, Sun met dozens of other people from Shanghai to Inner Mongolia at the same time. Some of them have also returned to their hometowns, but no one has registered their DNA to find their biological family. “I want to see where I was born but I consider Inner Mongolia my home,” Jalgamj said.

In recent years, the “Shanghai dolls” have belatedly formed a close bond, as China has finally begun to acknowledge the evacuations.

When Inner Mongolia commemorated Ulanhu’s life in 2006, Sun and 20 other “Shanghai dolls” from Dorbod Banner were invited to a special ceremony in Hohhot, the regional capital. When getting on the bus, Sun was surprised to see some of his old classmates sitting there. They laughed, saying: “He was also abandoned!”.

Since then, the group has remained in touch. They have set up a chat group on the social app WeChat, have nearly 500 members, and hold meetups several times a year.

Although all were born in eastern China, which is predominantly Han Chinese, it is now a diverse group. They have been adopted by Inner Mongolian families from various backgrounds: Mongols, Hui and Daurs…

Ms. Duguima has been awarded honorary titles in recent years, including “China’s Top 10 Extraordinary Mothers” and “Nominee for National Ethical Role”. In 2019, President Xi Jinping called her “the People’s Model”. Even the bus stops at Dorbod Banner are now covered with Duguima posters.

For Duguima and the children she helps, it’s a strange reversal after decades of silence. But Sun is proud of the recognition Duguima has received. “Until 2006, I didn’t know who she was, but she certainly saved my life,” he said.