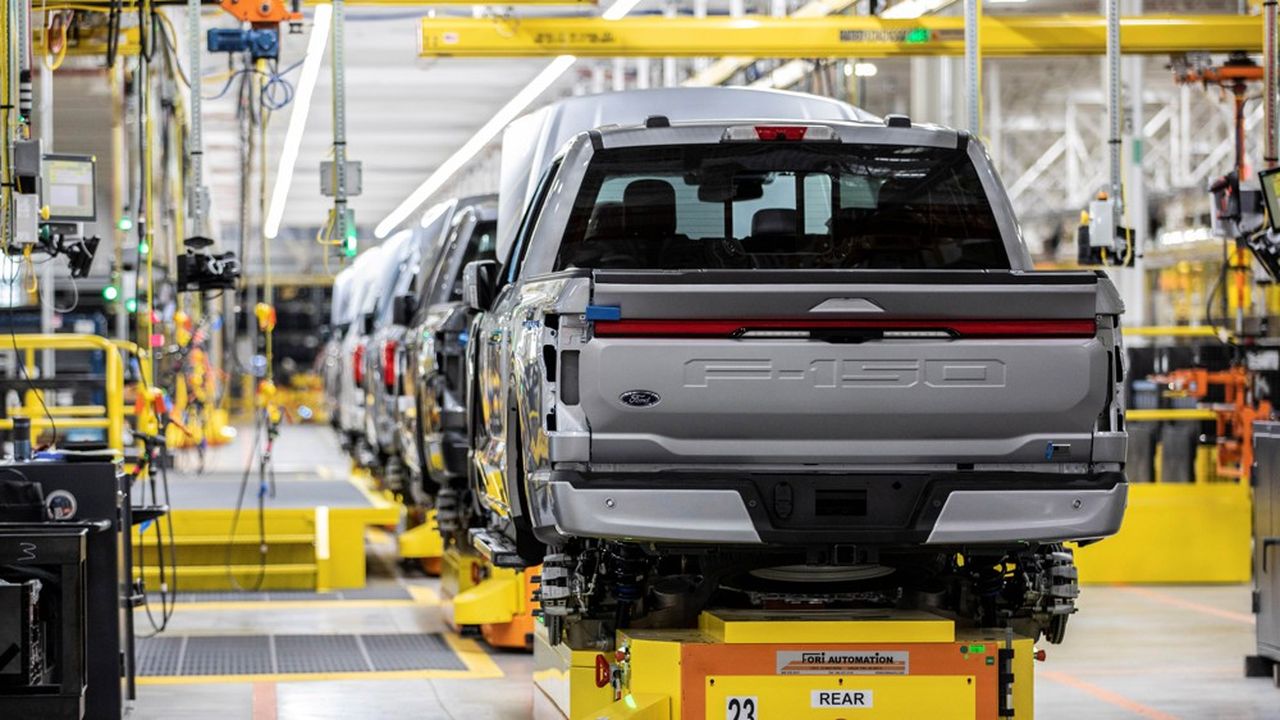 Three years of waiting now … In view of the strong appetite of customers, Ford will double the production capacities of the electric version of its F-150 pickup, the best-selling vehicle in the United States for several decades.

The American automaker, which had therefore significantly undervalued demand, now plans to produce 150,000 units per year of the F-150 Lightning. The first deliveries are due in the spring, after assembly at its electric vehicle plant in Dearborn, Michigan, at the historic Rouge River site.

Ford had initially planned to build 40,000 per year, a target already raised in September to 80,000. The blue oval brand claims to have already received 200,000 reservations, 75% of them from customers who do not yet own vehicles of the brand.

The prices of the F-150 Lightning, like those in the traditional pickup market, are very variable. A version for professionals will be available from $ 40,000 (35,400 euros). Consumer models will start at around $ 53,000, peaking at around 90,000 when including many options.

Tuesday, on the stock market, Ford reached a high since the beginning of the century, at 24.56 dollars per share, before closing at 24.31 dollars, on a jump of 11.7%. This was the largest close-out increase recorded since June 2020, according to FactSet.

The race for the electric car is intensifying in the United States and Ford plans to invest a total of more than $ 30 billion in this segment by 2025. The group had already announced that it would increase the production capacity of its first electric Mustang, an SUV dubbed Mach-E, so that they reach more than 200,000 units per year from 2023.

Tesla remains number one for the moment in the segment in the United States. Elon Musk’s company announced on Sunday that it had delivered a total of 936,000 vehicles worldwide in 2021, or 87% more than in 2020. General Motors is not left out, the manufacturer planning to offer 30 electric vehicle models in 2025. Following the GMC Hummer and the Cadillac Lyriq, GM will present the electric version of its popular Chevrolet Silverado pickup.