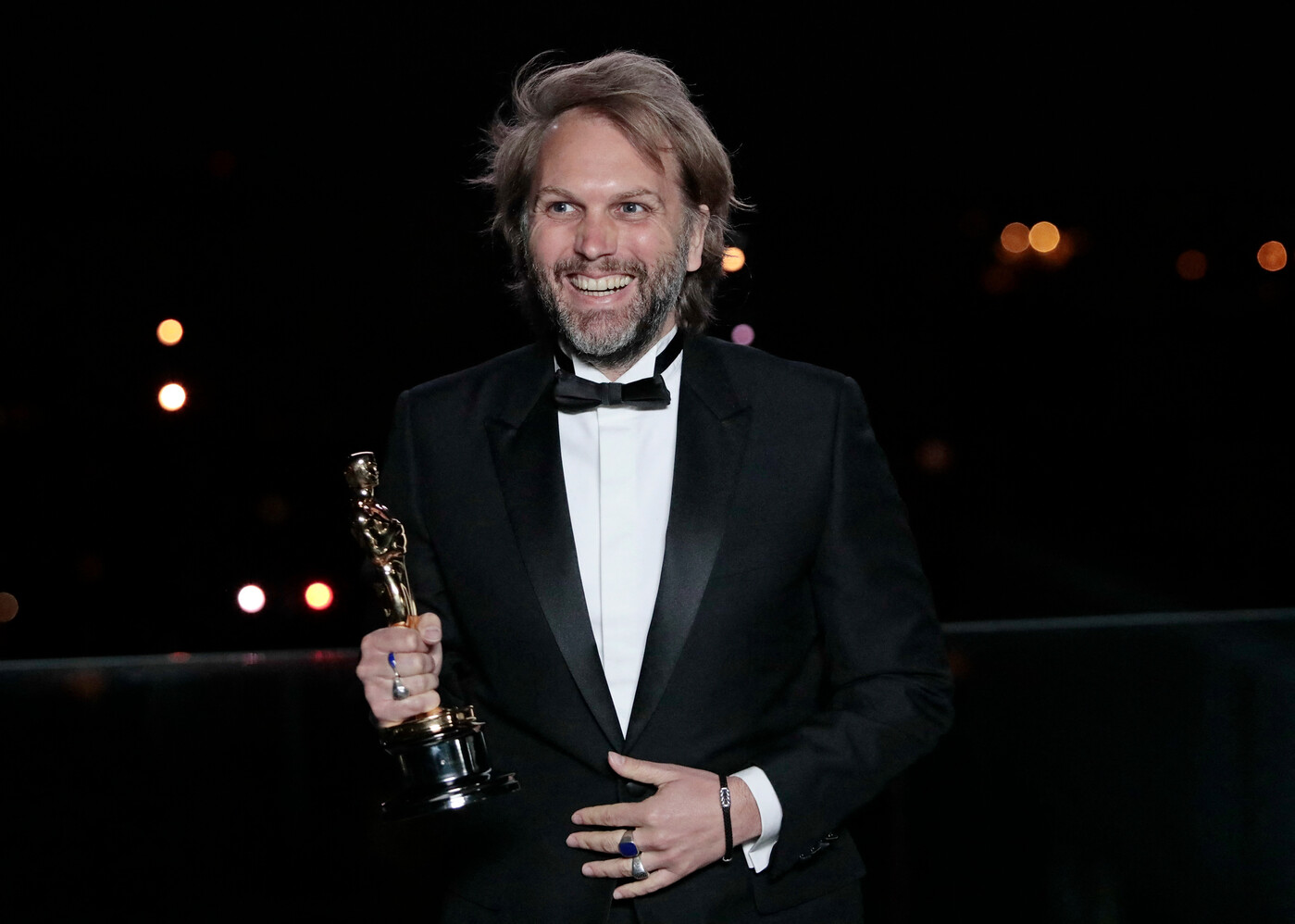 An Oscar honoring his first film, The Father, under the best adapted scenario; another, that of the best actor, awarded to Anthony Hopkins, its main character. Faced with these two awards, Florian Zeller showed on Sunday April 25 the same placidity as a few weeks earlier during the six nominations obtained at the Oscars.

From Paris, where he was live in a dedicated studio, the playwright expressed his “Very great joy ” upon the announcement of his two trophies. The first devotes his accomplished work as an author to adapt his own play, The father. The second honors an actor who means a lot to him – and who pockets a second Oscar, after that obtained for Thesilenceofthelambs in 1992. “It makes all the more sense for me that I do not dissociate the desire to make this film from the desire that I had to do it with him, I wrote it for him”, he said after the ceremony.

→ CRITICAL. “The Father”, the surprise guest of the Oscars

The desire to make cinema was undoubtedly there for a long time since he had directed a short film in 2008, Our latest frivolities with Sara Forestier and Aurélien Wiik, taken from a scene from his first play, The other premiered in 2004 at the Mathurins theater, then directed by the cinema producer Jean-Louis Livi who also produced The Father.

However, insists Florian Zeller, he did not have the abstract desire to do ” a movie “ but that of doing precisely that one with that actor. Perhaps because as a man of the theater he has “ a passion for the living work of actors ” – the piece was created on stage by Robert Hirsch – but also because the theme, that of aging, touched him personally.

An experience that touches him personally

Raised in part by his grandmother, he was around 15 when she began to suffer from senile dementia. An experience transcribed in 2012 in a play The father and which meets a dazzling success. She triumphed on stage for three years, won three Molière, then will be translated and performed in nearly 45 countries.

Florian Zeller is surprised by what it causes in the spectators. “ There was clearly something cathartic about being able to share this, these emotions, and remembering that we are all connected to each other. Everyone must, or will one day have to, confront this fear or the dilemmas that arise for anyone accompanying an elderly person.. “

The same success greeted the film, wherever it may have been released, confirming the talent of an author with early success who, at only 41 years old, passed with apparent ease from literature to cinema, via a consequent theatrical career. Of Austrian origin through his father, a graduate of Sciences-Po Paris, Florian Zeller first became known for his novels. He publishes the first, Artificial snow, at only 22 years old and continues with Lovers of anything, then The fascination of the worst which earned him the Interallié prize in 2004.

Fifteen years of success in the theater

But it is with the theater that he confirms his talents as an author. Fifteen years of career, a prolific production, public successes played by the greatest actors and an immediate international recognition, in particular with its family “trilogy” The father, The mother, The son (1). “His work speaks directly to the public, with simplicity and power, it takes a lot of British writers”, explained Christopher Hampton, the screenwriter who translated his plays into English and co-adapted The Father At the movie theater. A stripped down style, short scenes and a very particular mechanic intended to play directly on the emotions of the spectators.

→ PORTRAIT. Florian Zeller, The confusion of being a father

This writing and these intentions were already very cinematographic and only asked to be put into images. “ Mwe did not intend to film theater, explains the creator. On the contrary, it was to try to do what only the cinema can do. “ A successful bet as the metamorphoses of the decor, here a simple London apartment, play on the senses of the spectators and immerse them in the mental universe of the hero gradually losing control of his mind.

Florian Zeller is already working on his next project, The Son, adaptation of the last piece of his triptych. Filming is set to begin this summer in New York, with Hugh Jackman and Laura Dern. The beginnings of a career as a filmmaker? “I learned never to close the doors”, he confided after the ceremony.

The American film Nomadland has established itself as the big winner of the Oscars. He has gleaned three major awards including best film, best director for Chloé Zhao – only second woman to win this award after Kathryn Bigelow in 2010 – and best actress for Frances Mc Dormand. A perfect combination of fiction and documentary, this beautiful film, already crowned with the Golden Lion in Venice, takes us on a journey to meet this nomadic population victim of the financial crisis who lives in vans and travels through the American West. The Oscar for best foreign film went to Drunk by Thomas Vinterberg, that of the animated film to Soul by Pete Docter while a Frenchman, Nicolas Becker, was awarded the Oscar for best sound for Sound of Metal .