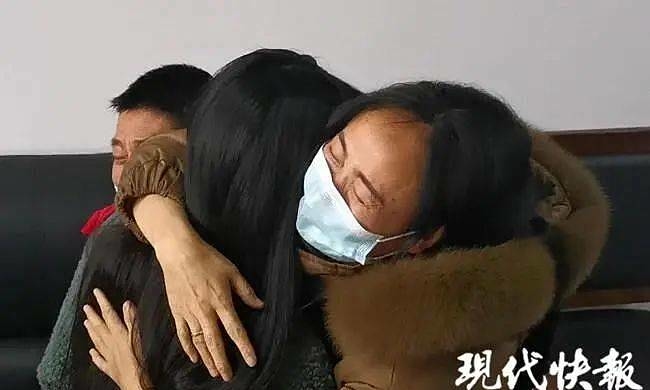 ChinaManman, daughter of the Yin couple, disappeared on December 30, 2002. Eighteen years later, also on December 30, the family was notified by the police that the girl had been found.

On January 5, in the reception room of the Guiwu Police Station, Hoai An City, Jiangsu Province, Manman, who had been missing for 18 years, looked out the window, rubbing his hands back and forth. She is waiting for the arrival of her biological parents.

Mr. Yin and his wife entered the room. Seeing Manman, they burst into tears and hugged their children: “We have been looking for you for 18 years, finally finding you”. Three people cried for a long time, along with the favorite toys of Manman childhood that her parents brought.

Manman went missing in his hometown Guizhou at 6 pm on December 30, 2002, at the age of four. Suddenly this day this year, Mr. Yin’s family received a call from the police that the DNA of a Manman girl in Nanjing had a blood relationship with him.

On October 15, 2020, the Guiwu Police Station discovered that Mr. Sun Mou’s daughter in Zhougang village was 22 years old, but did not have a household registration book and did not have any identification papers. Mr. Sun claimed to be only the adoptive father of Manman. Years ago he met a woman named Peng, from Guizhou. Ms. Peng, unable to have children, picked up a four-year-old from Guizhou. More than a year later, Peng left, leaving Manman to be raised by Sun.

Manman said she had certainly been kidnapped. “I remember she (Peng) gave me a candy and took me out, then took me on the train. I screamed, she covered her mouth, asking me to call me mom from now on,” Manman told. cop.

Without papers, Manman can only attend elementary school. After that, she had to stay home and farm. In 2014, Manman went out to work, because without identification, she could not find a decent job. “I don’t know how old I am, I never had a birthday. The name I used was my primary school registrar,” Manman said.

Growing up in these circumstances, she was very shy, often hiding in her room when someone came home. When she moved to Nanjing to work, she worked as a waiter, lucky to meet a good owner, now earning 2,500 yuan a month. Living here, she knows Guizhou’s chili sauce noodles and loves to eat it. “Unexpectedly I was Guizhou,” she said.

Although separated from her family at the age of 4, she still remembers the day when she liked to laugh, eat snacks and often asked her mother to buy food for her. “I remember my mother’s hair was very long and beautiful. My house has a staircase leading up to the second floor,” Manman said.

As for Mr. Yin’s family, he still remembers the date of his disappearance. It was dusk, and the family told Manman to go to the gate to call his aunt home to eat, but went long without seeing. Family can not find children everywhere.

In the past 18 years they have never given up looking for their children. The family traveled to villages from Guizhou, Guangzhou, Nanjing, Shandong and other places. They knock on doors from door to door and show pictures of you. They also submit their DNA to police departments. His wife cried all day, damaging the retina.

Several years ago, Mr. Yin, who was illiterate, started learning letters and posted short videos on various social platforms to find a girl. So far, Yin has created hundreds of videos looking for children, under the account “Father looking for a missing child”.

The police continue to investigate for signs of Manman being kidnapped or missing. And Manman now finally knows his name, his family. The girl said she will miss Sun Mou’s nurturing merit but will not forgive Peng. Life is difficult, but in Nanjing, she has many good friends. She now opens an online store selling hanmade items, which is quite prosperous.

On the day of the reunion, her mother still retains her long hair as before. Manman inherits his mother’s hair so it is also very thick and smooth.

Video Manman reunites with his parents after 18 years: 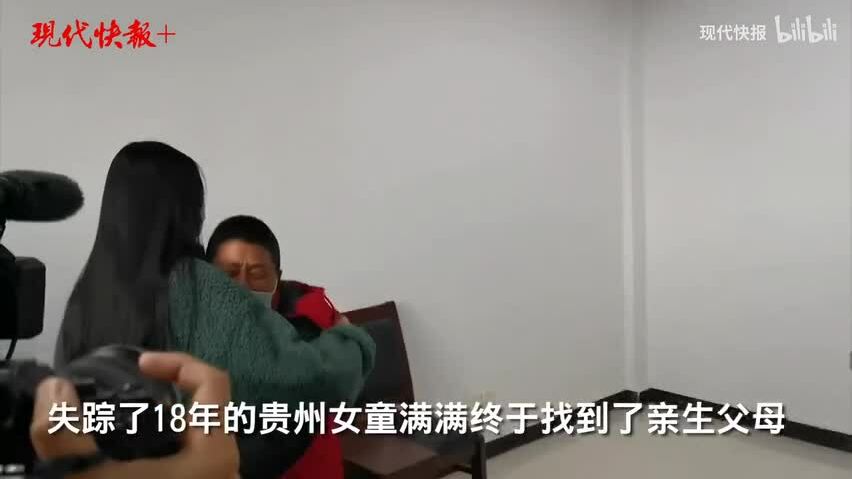 Bao Nhien (According to the Sohu)