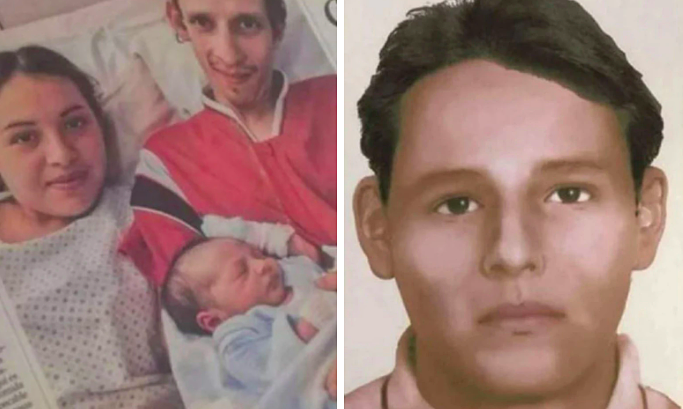 MexicoThe Institute of Forensic Science predicted the face of Yasir Macias and his wife’s abducted son in the present using newborn photos, 16 years ago.

Yasir Macias and Rosalia Lopez shared, the last time they saw their son was on December 15, 2005. A woman posing as a nurse at the IMSS hospital in Guadalajara said she had to take her baby out to eat because the clinic hours were over.

When her son did not return, Rosalia immediately informed the authorities, but it was too late. The woman disappeared, along with her son.

After years of fruitless searching, in September 2021, the Jalisco State Institute of Forensic Science analyzed the boy’s current face using a photo of the Yasirs holding their newborn baby.

This technology is capable of depicting how a person’s face changes over the years, the main purpose of which is to help police solve difficult kidnapping or disappearance cases. Just needing pictures and information, the age of the character in the present time, the system can give highly accurate prediction results.

A few months later, investigators came across a teenager whose characteristics were very similar to their analysis. The boy, named Salvador, lives with another family in El Salto, a suburb of Guadalajara. Authorities matched the teen’s DNA with Yasir and his wife, and the results matched 99.99%. Salvador is the kidnapped child of the Yasir couple.

17 years after Salvador disappeared, the kidnapper has not been found. It is also not clear if the incident is related to the family the boy is living with.

“From the bottom of my heart I wish the best for the new life that begins with family,” said Enrique Alfaro, Governor of Jalisco.

Bao Nhien (According to Nypost)