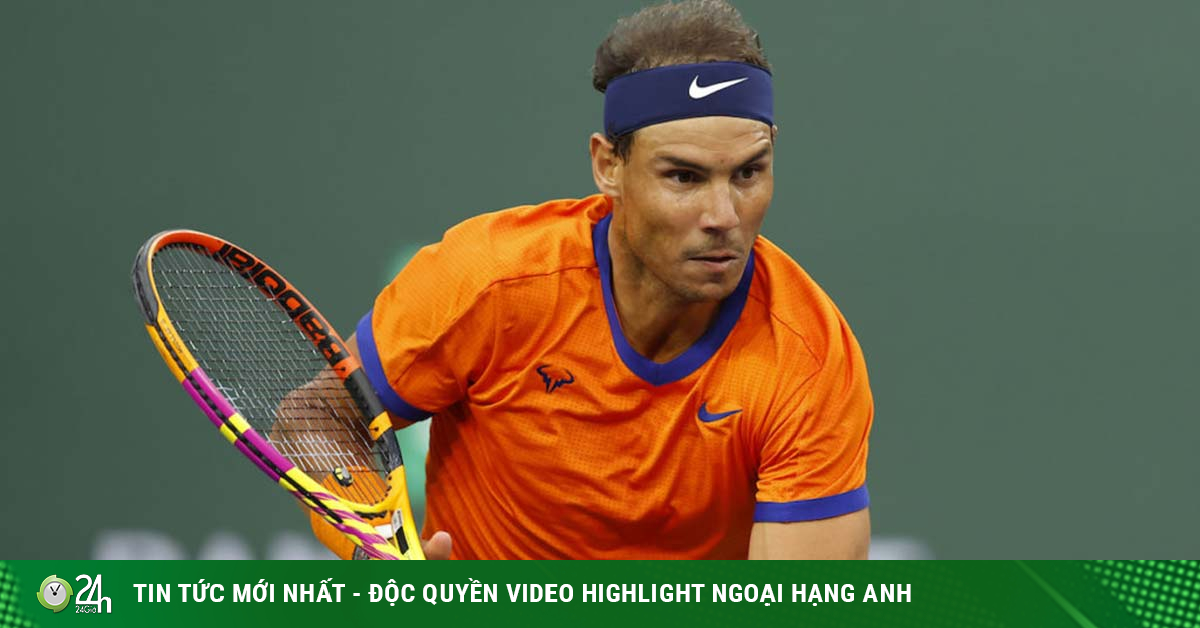 (Tennis news) Nadal has only 1 match left to return to the Indian Wells championship after nearly a decade.

A look back at the semi-final of Nadal – Alcaraz

Even the greatest athletes are powerless against the wear and tear of time, but 35-year-old Rafael Nadal is still trying his best to add new chapters of glory to his career. And he will enter this final with the goal of winning the tournament that he last won in 2013.

Nadal won a 3-set victory lasting more than 3 hours full of hardship against junior Carlos Alcaraz, a very awaited match in Spain. Alcaraz showed his ability, but Nadal was the one to go through after showing the ability to make better use of opportunities when the break point appeared.

Nadal hasn’t been very convincing in terms of form since the beginning of the tournament, but the victory over Alcaraz shows that he is still struggling to find victory and inside Nadal still has a lot of tricks and tricks for him to use every time. into the field. The impression is that Nadal still has a back problem and right in the win against Alcaraz, there was a time when he had to ask for a pause to ask medical staff for help.

Meanwhile, Taylor Fritz will get a big cheer from the audience because he is the host player, not only American but also born in California. He has won nine of his last 10 matches at Indian Wells, and his two-set victory over Andrey Rublev marked the first time the United States had a player reach the final in a decade. If Fritz wins, he will be the first American “king” in 21 years. Taylor Fritz is expected to be encouraged by home audiences

Nadal and Fritz have met in the Acapulco final in 2020, but Nadal won easily after 2 sets, making full use of difficult shots to make Fritz passive when he had to hit his forehand leading to many failures. This meeting will therefore be interesting because Fritz has advanced in level and he will have the skills to deal with.

In a match that lasted 1 hour 49 minutes and at one point suffered from knee pain, Swiatek still beat Simona Halep after 2 sets to extend her winning streak to 10 and book tickets to play the cup match. This year Swiatek has had quite a few victories upstream (5 games), and she has reached the semi-finals at Adelaide, the Australian Open and won the championship in Qatar, so the possibility of winning another hard court title is within reach.

Swiatek first competed in a final at the age of 19 in 2019, but after losing in the Lugano tournament, she won all four of the following finals in only 2 sets, even losing a total of only 6 games in 3 most recent final. Swiatek’s form was too strong, and it was Sakkari who was knocked down by Swiatek on the championship journey in Qatar. For Sakkari personally, she broke her semi-final after winning against defending champion Paula Badosa. In her career, she has lost 15/20 semi-finals she attended, in which she lost all 4 semi-finals at the WTA 1000 tournaments. But right now she is very excited, her record of 16 wins, 4 losses is 2nd best in 2022 of WTA.

The only title for Sakkari at the moment comes in the 250 Morocco tournament in 2019, so more than ever she has the desire to bring home a big championship trophy. It is worth mentioning that it was in Qatar recently that Swiatek won Sakkari for the first time after 3 times before all losing after 2 sets, so if anyone can bring the first defeat to the Polish tennis star and take the place. No. 2 in the world, can only be Sakkari now.