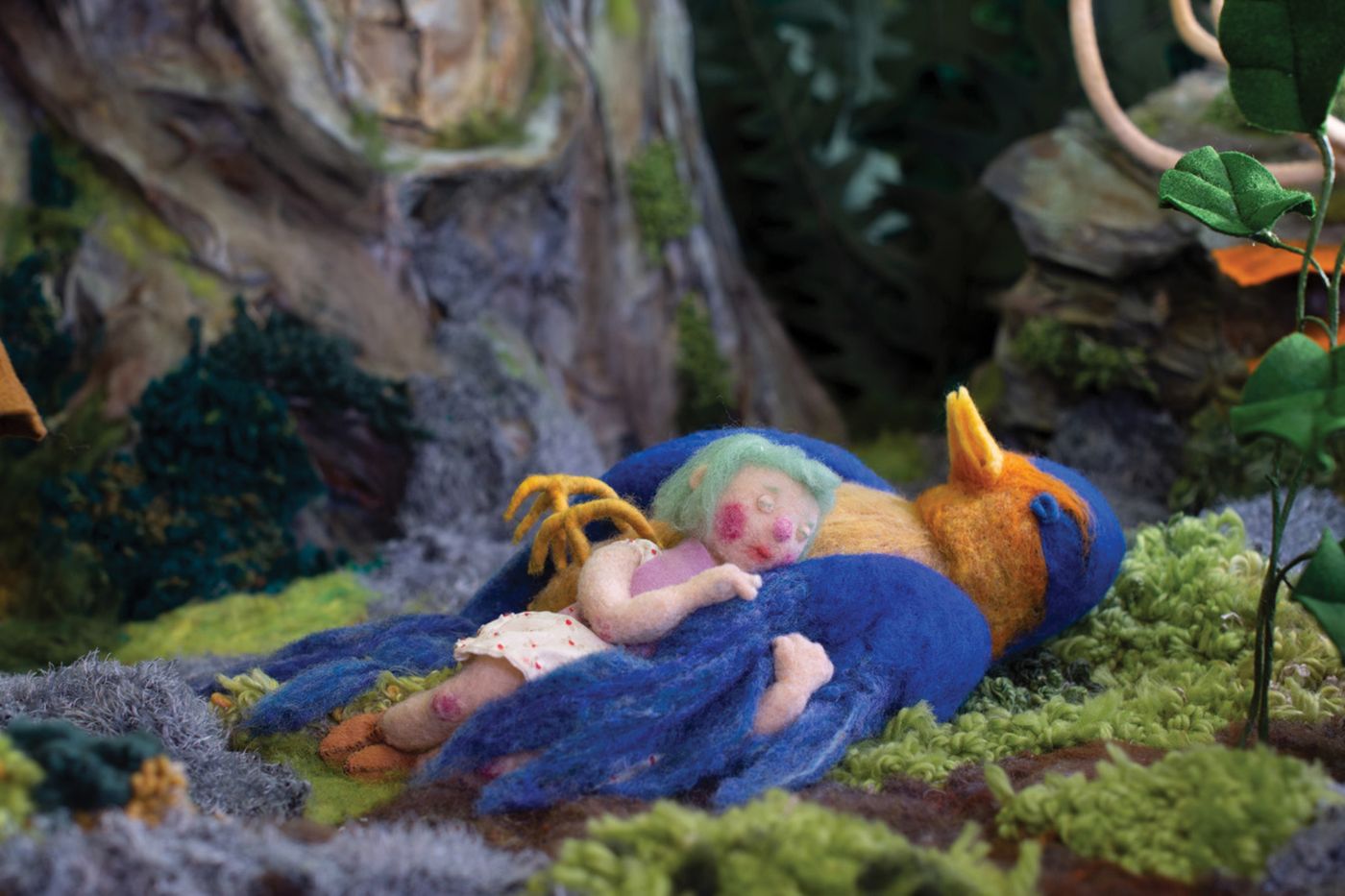 One day it will be necessary to devote a book to the representation of the garden in the cinema for young audiences. Both fascinating and disturbing, teeming with life but domesticated, limited horizon but concealing an infinity of corners, it is an inexhaustible source of discoveries for children.

As in the film that opens this delightful program of animated shorts, Lying down, adaptation of a poem by Robert Desnos, where a child lies down in the grass and loses herself in the contemplation of the landscape. ” On the right, the sky, on the left, the sea/And in front of the eyes, the grass and its flowers/A cloud, it is the road, follows its vertical path/Parallel to the plumb-line horizon. » A dreamlike wanderingwhich is crazy good!

Centerpiece of this very beautiful set of animated short films on questions of identity, Vanillaby Guillaume Lorin, is an initiatory and fantastic tale which tackles, with delicacy and humour, the question of identity and the work of mourning.

→ READ THE REVIEW. “Vanilla”, a modern tale of Caribbean identity

Indiana Jones in the skin of a half-chicken half-rabbit creature, facing an army of ectoplasmic hamsters. It’s the idea, which smacks of the recipe, of an American comic book here adapted by the Belgian studios nWave, specialists in computer-generated image production eyeing their American cousins. If they have nothing to envy them on the technical level, they would benefit from working more on their scenarios and their dialogues. This is still the case with this initiatory and picaresque tale which, despite its sympathetic praise of difference, and a few pieces of bravery, resembles a Shrek in rabbit skin.

Georgia, a mischievous and determined young girl, disguises herself as a man to fulfill her dream of becoming a firefighter. The nuances of Alice Pol’s interpretation give the heroine a lot of personality, despite the standardized graphic appearance of the characters. The burlesque gags are not always very subtle but remain good-natured, like the message of the film, which once again invites young girls to believe in themselves.

Curious object that this film, neither quite documentary nor really fiction. The Oak recounts a year in the life of Quercus robur, its official surname, and its many residents and neighbours. Animals and plants are staged there in a ballet punctuated by the seasons. The attentive camera of Laurent Charbonnier, specialist in animal film, captures with the same precision the antics of the balanins or the spectacular chases between hawk and jay.

On the same model as Microcosmos (1996), the only commentaries on these highly worked images, with many slow motions, accelerations, synthetic images and breathless editing, are those of the soundtrack, which is more or less relevant. The result can be viewed without displeasure, but without real interest either, as if this “naturalistic narrative of cinema” lacked both naturalism and cinema.

In a documentary with superb images, wildlife photographer Laurent Geslin pleads for a wider reintroduction of the Eurasian lynx in the forests of Europe. If the comments are sometimes redundant, this film intended for a family audience has the merit of avoiding the pitfall of anthropomorphism.

→ READ THE REVIEW. “Lynx”, the sharp eye of a documentary filmmaker

Crazy and wacky, this animated film intertwines the trajectories of characters living in the same building in a joyful tragi-comic farce with an abundance inspired by Fellini and Tati.

→ READ THE REVIEW. “My neighbors’ neighbors are my neighbors”, Fellini joke