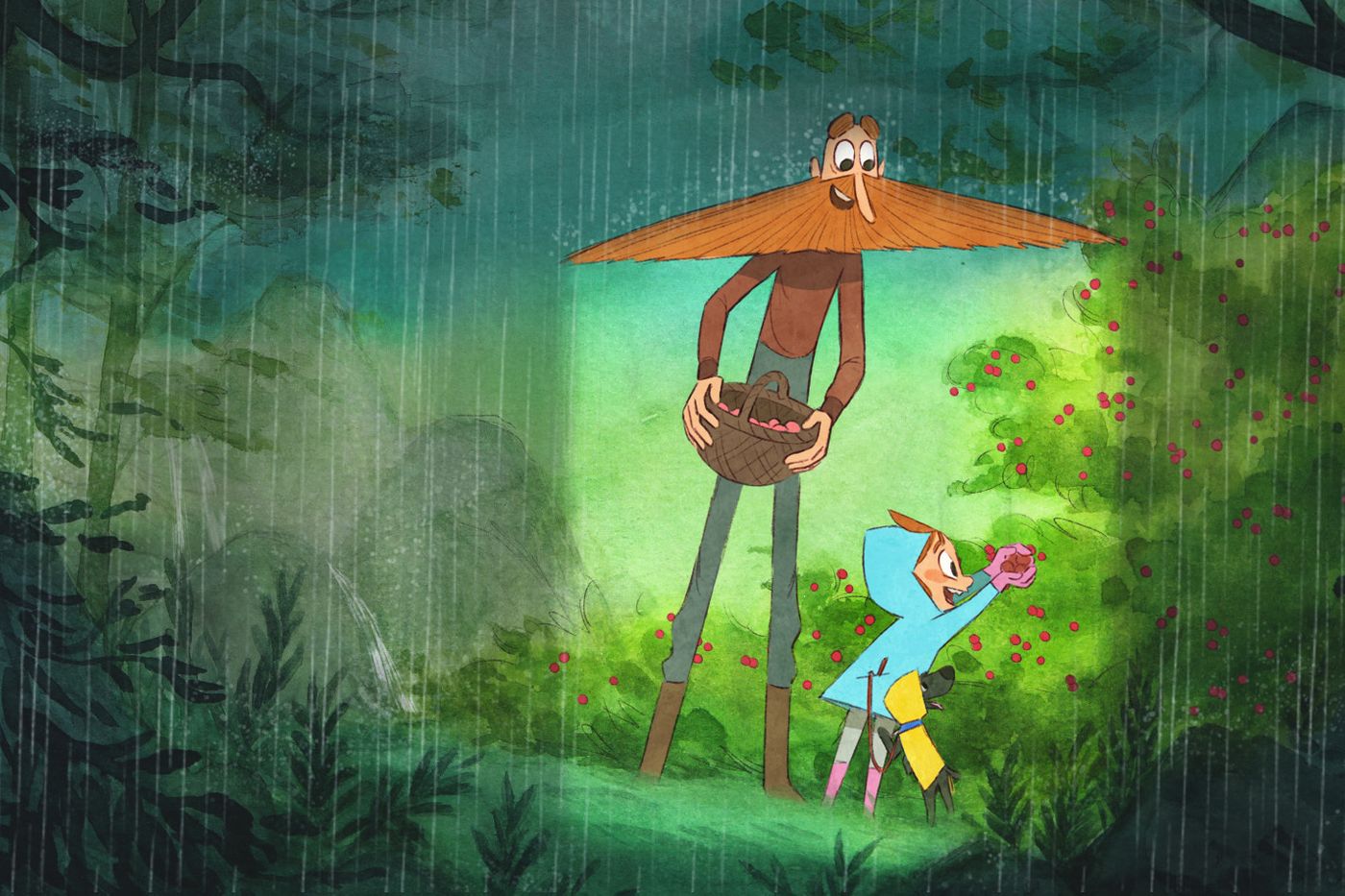 ♦ Zebulon the dragon and the flying doctors **
Program of animated short films, 43 mn

Eighth adaptation of a children’s book by Julia Donaldson and Axel Scheffler, authors of the excellent Gruffalo, the short film that gives its name to this program takes the characters from a previous story of the same duo. Also pictured by British producers Magic Light Pictures, Zebulon the dragon featured an adorable monster sympathizing with a princess dreaming of becoming a doctor. The charm still operates but the adventures feel a little warmed up, even if the message inviting the youngest not to give up on their dreams is never useless.

♦ Growing up is great **
Program of animated short films, 52 mn

Created by Films du Nord, one of the rare producers of short animated films for young audiences, the “owl of cinema”, which addresses, like a storyteller, to the little ones, presents here its sixth anthology of pretty little ones films, this time devoted to the art of growing up well while facing loneliness, fears and frustrations.

And also : My mother is a gorilla (so what?), Swedish animated filmby Linda Hambäck *, is a well-intentioned but terribly boring adaptation of the eponymous children’s novel by Frida Nilssons about adoption and the families we build.

This luminous animated short film intended for a family audience approaches with modesty and tenderness the work of mourning for a little girl whose parents died during the attacks in Paris.

And also : Little Nicolas’ treasure • (non!), French film by Julien Rappeneau, is a turnip that Petit Nicolas would have refused to swallow, even under the threat of the severe supervisor Dubon, alias Le Bouillon, the only character (played by Grégory Gadebois) height of the light and smiling fantasy created by Sempé and Goscinny.

From the age of 8

→ Read the review: The Wolf People, Irish ode to nature

There is no doubt that this is a film in tune with the times! While the “digital majority” has been set at 15, children often circulate well before on social networks. In Ron unlocks, it’s Barney, a shy 12-year-old schoolboy, who dreams of having the latest robot in fashion, the B * Bot, the new “best friend” of children around the world. But it lacks some processors to that of Barney who must teach his new companion how to become his friend. A fun and well-conducted reflection on what true friendship is, with its sorrows and joys. Unfortunately, the scenario does not completely renounce the seduction of a world optimized by algorithms …

And also : The wolf and the lion *, film by Gilles de Maistre (Mia and the white lion, 2018) resembles those sanitized productions that can be seen on television on rainy autumn afternoons, with indifference, as the story is sewn together with white thread. The characters are caricature and the achievement insignificant. Even the animals seem to be bored!

Magnificent and moving, this animated film tells the story of two children being chased across an (almost) imaginary continent.

→ Read the review: Crossing, the odyssey of lost children

A brilliant adaptation of Jiro Taniguchi’s manga, this perfectly mastered animated film tells both the quest of a stubborn climber and a journalist’s investigation into one of the greatest mysteries in Everest history. .

→ Read the review: The Summit of the Gods, animation cinema at its zenith