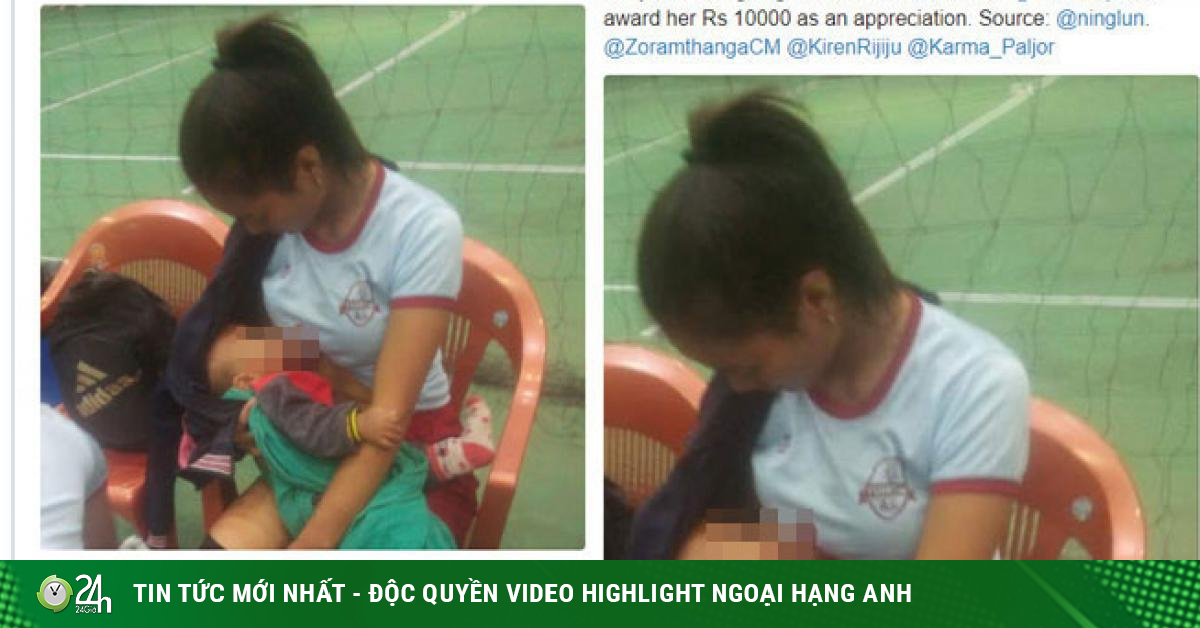 The photo of a female volleyball player at the end of the match, breastfeeding and then returning to the playing field, touched the fans deeply. This is the story that took place in early 2020, a photo of a player in Mizoram (India) breast-feeding during tournament hours helped the Mizoram State Games tournament to be known by many fans.

Lalventluangi, a player of the Tuikum team (Serchhip District), made a good effect on social media when she fed her 7-month-old baby during recess. Although the child was small, but due to personal circumstances, Lalventluangi brought him to the game field and she promptly fed her milk when she had a break. The final result was sweeter when the player Lalventluangi and the club later won.

The owner of the I-League club Aizawl FC, Robert Romawia Royte, took to Twitter to post the photo, greetings and expressed emotion to the mother and daughter of volleyball player Lalventluangi.

After Mr. Royte praised Lalventluangi’s meaningful action, she was praised by netizens using many words.

“Give her the Nobel Prize for great motherhood,” wrote one twitter user. “The act of beautiful, spiritual is not offensive,” wrote another.

Before Lalventluangi, there were also many other female athletes who breastfeed in public, or during the break of a match, and receive great applause from viewers. (Volleyball news) The volleyball beauty Tatyana Demyanova suddenly revealed a sensitive point in the latest set of photos. While,…