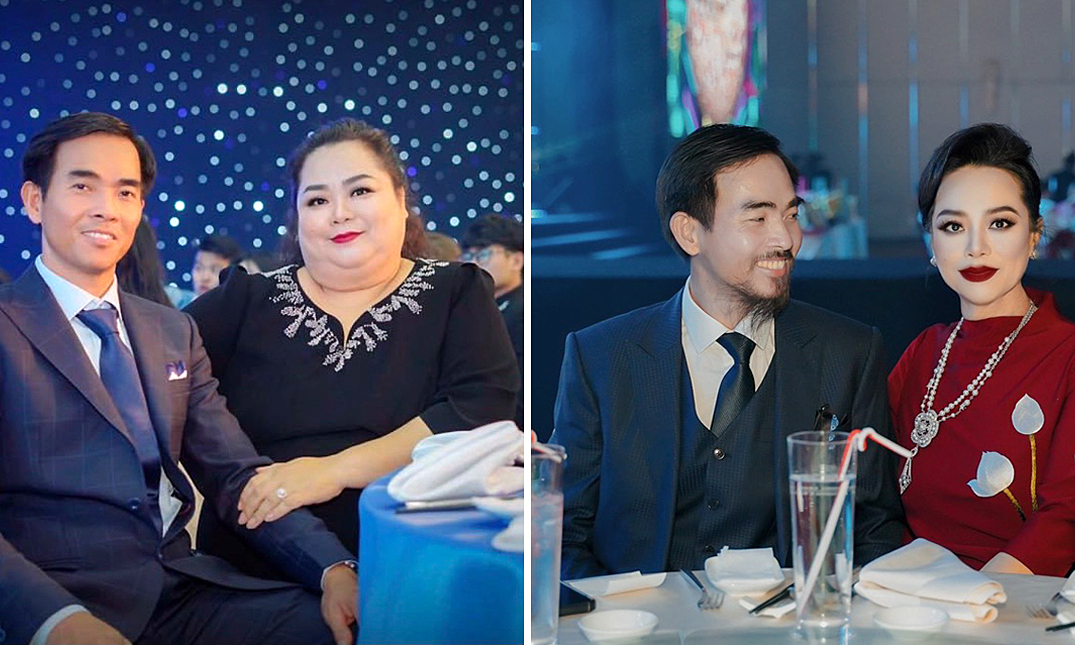 Ho Chi Minh CityAfter 20 years of living with a body of 130 kg, when the doctor warned that if she did not lose weight, she could suddenly die, Truong Thi Y Nhi decided to fight with herself.

When she was a teenager, Y Nhi used to have a small body like other girls. But after being seriously ill, requiring long-term treatment and continuous water infusion, she gained weight. When she had children, the pressure of housework and business made her fall into an uncontrollable weight gain situation.

“The peak was in 2020 when I went to the doctor and realized I had reached the 130 kg mark,” shared Y Nhi, 44 years old, from Binh Phuoc, now the CEO of a tattooing academy in Ho Chi Minh City.

Overweight causes many tragic stories. She has difficulty moving, gets tired quickly, and sweats a lot. As a successful businesswoman, she is often commented on as having no taste in her clothes. “I can’t buy clothes at any shops, but I have to sew them myself. The clothes I wear are mainly to fit my body, not to be beautiful,” she confided.

It’s normal for her to say slurs or someone yelling at her every time she shows up. When walking next to her husband, she is often mistaken for “her husband’s mother” or called “sumo”, “roll faster”… But these things do not cause Y Nhi to suffer as a series of health problems. such as difficulty breathing, sleep apnea, joint pain, blood pressure, blood fat…

In early 2020, the doctor said that if she did not lose weight, it could be life-threatening, even sudden death at any time. At that time, Y Nhi woke up. “I have money, a successful career, a very loving husband and a good child. The only thing I don’t have is health,” she confided.

The first period of social distancing across the country because of the Covid-19 epidemic, she started her weight loss journey with Eatclean and IF (raw diet and intermittent fasting). While eating and adjusting to suit her body, after two and a half months, she lost 27 kg. At that time, feeling successful, Y Nhi ate more comfortably and only gained 5 kg more after a week of Tet holiday in 2021.

Entering the period of separation in July 2021, Y Nhi continued to lose weight. Still applying the old method and exercising, by February 2022, she had lost another 49 kg, returning to 59 kg.

Y Nhi said, the most difficult part in the weight loss journey was about the first 20 days because she was not used to the new diet. When she craves for food, she often drinks a large glass of water, eats a green apple or cucumber, and then spends a minute thinking: “Why should I lose weight?”. After that one minute, she usually decides not to eat anymore.

Thanh Khiet, her husband, shared that there were nights when he saw his wife hungry and could not sleep, and he also wanted to cook something for her. But he understands his woman. “Maybe at that time she had the thought that she would eat today and fast tomorrow, but I know for sure that if she eats, she will lose sleep because of regret. So I went to pour my wife a big glass of water to drink, then said, stories for her to sleep easily”, Mr. Khiet said.

Every three days, Nhi weighs again so that if she gains weight, she will immediately adjust her diet. She also announced to all that she was losing weight, sharing about her diet and exercise on her personal page to “be watched everywhere”, forcing herself not to “fall into food”.

“It sounds negative, but if you’re not strict and disciplined like that, it’s easy to give up and fail again,” she said.

After losing weight, many interesting things happened. Nhi still remembers that due to the epidemic, she only returned to visit her parents for half a year, at this time she still had nearly 70 kg. Mother still recognizes her son-in-law even though she has a beard these days, but she doesn’t recognize her daughter. When she heard the voice, she rushed over and grabbed her shoulder and patted her: “Oh my, I don’t recognize you”.

After a long interval, she went back to work, the staff did not recognize her, the security guard did not let her in. One day, she went out on a motorbike, and both times when she returned, the security guard of the building blocked her entry because she didn’t recognize it. Normally, she goes with her husband, so they don’t stop her. Some of Khiet’s friends thought he was getting married.

Not only that, many rumors appeared from nowhere, for example, that she had plastic surgery, liposuction… However, only her relatives knew that Nhi belonged to a rare blood type, so the risk to life was very high. if you have an accident or surgery. Previously, even though the birth lasted for more than a day, she still tried to give birth naturally, not by caesarean section. In addition, she was also born with anemia, often dropped blood pressure and fainted, so even though she was fat, her husband always encouraged her to eat and stay healthy.

“Being misunderstood, I’m not sad, but on the contrary, I’m happy because no one notices me everywhere I go and when I do, I’m completely surprised,” Y Nhi shared.

After losing weight, she no longer had insomnia. During the health check-up two months ago, bone and joint diseases, fatty liver… were on the safe side. “I confidently walked into the shop to choose clothes in size M. After more than 20 years, I could put on my favorite Ao Dai,” she boasted.

Now, Ms. Nhi can eat more comfortably than before, but still applies this diet to be healthy and not gain weight again. Every day, she spends 2-3 hours doing pilates, boxing and gym exercises, to help her body reduce wrinkles and firmer skin.

Since his wife lost weight, Thanh Khiet has been nicknamed “a husband with two fates”. Still photos of the couple placed next to each other a year apart, one side is the wife 130 kg, the other side is the sister only 59 kg.

“Even when I look at my wife’s photos, I’m still shocked,” the husband said. However, seeing his wife happier and healthier, he also supported. Every day, he takes his wife to practice, supports housework as well as company work so that she has more time to pursue her weight control journey.

For many years, as a teacher of thousands of women in the field of cosmetology, Y Nhi now has the new joy of sharing her diet and motivating them.

“You are the only ones who create miracles for yourself, not anyone else. Just do it, you will know how extraordinary and strong you are,” she said.

See some more before and after photos of Ms. Y Nhi: