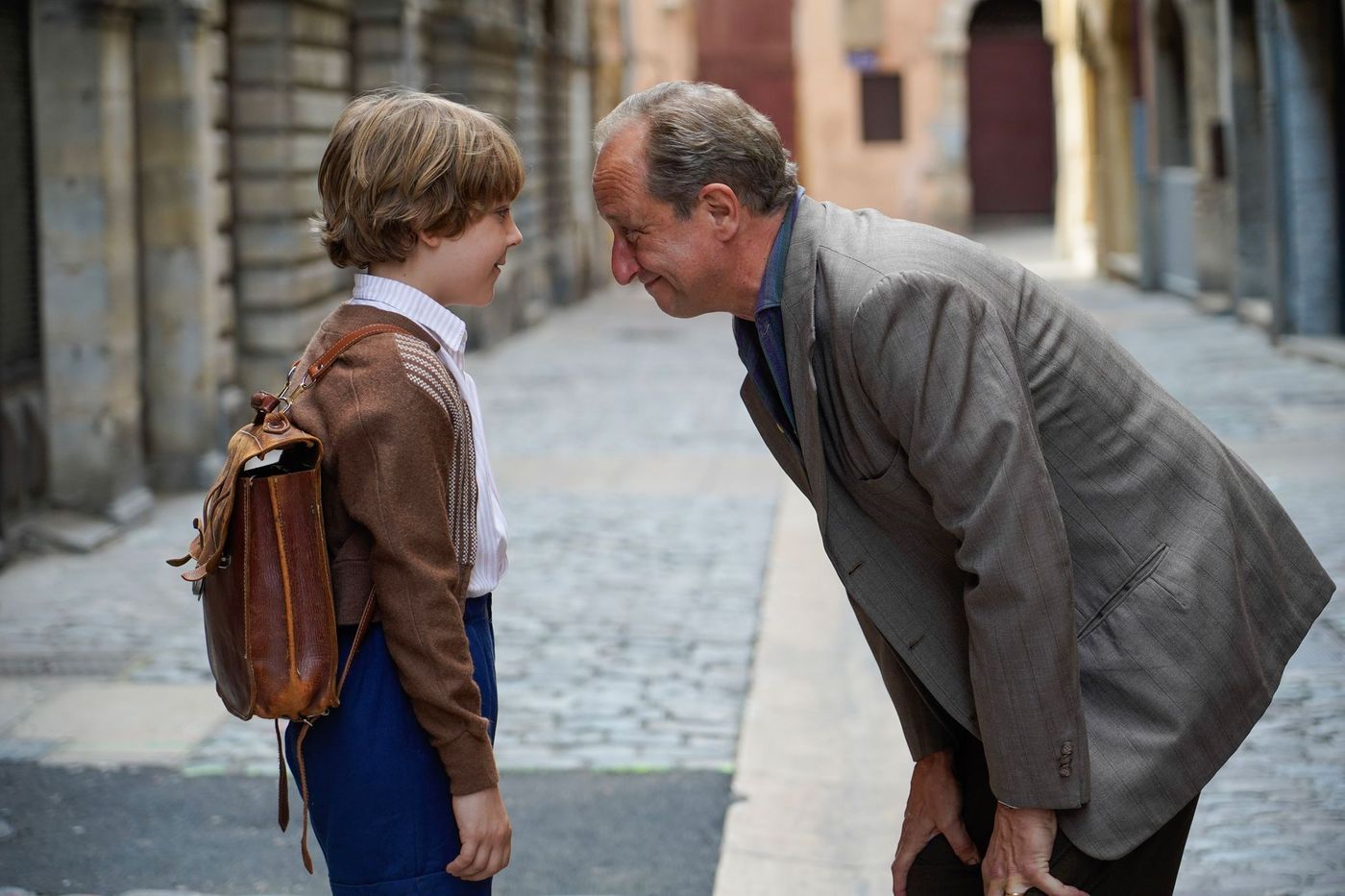 Hero of the Second World War, close to De Gaulle until his “betrayal” of Algeria, creator of Compagnons de la chanson, former judo champion… André Choulans never ceases to unroll his titles of fame with Émile, his 12-year-old son. Impressed, the child eagerly listens to father’s stories that offer respite between two unpredictable anger for a poorly closed bathroom door or a dish supposed to smell like rotten eggs.

Showing little interest in her husband’s self-portraits in superman, the mother shrinks back and consoles Émile when necessary. But in this year 1961 when Algeria threatens to become independent, the anger of André Choulans growls more and more strongly against this renegade of De Gaulle. With Ted, his American friend whom no one has ever met, he develops an assassination plan in which Émile will have a role to play. For the introverted child, it is finally the way to rise to the level of his father.

If Jean-Pierre Améris chose to adapt Sorj Chalandon’s autobiographical novel, it is because it resonated twice in him: his childhood also took place in Lyon with a father, not a mythomaniac but “Domestic tyrant”, which terrorized the family. The filmmaker therefore adds to the writer’s story some memories and the suffocating atmosphere of a large apartment where no outside person enters. Even in the scenes outside, in Lyon, filmed like a theater, he manages to restore this oppressive atmosphere, devoid of open horizons.

Like the book, from which Jean-Pierre Améris excluded the period of adolescence, the film is situated at the height of a child. Spotted in Duels by Olivier Masset-Depasse, Jules Lefebvre does wonders in the role of Émile, admiring a father he fears and whom he tries to resemble. Audrey Dana subtly embodies a mother in denial of her husband’s abuses.

Where the shoe pinches is in the tone of the film, reinforced by the interpretation of Benoît Poelvoorde to whom Jean-Pierre Améris calls upon for the third time after The emotional anonymous (released in 2010) and A family for rent (2015). Moving away from the darkness of the novel, the film highlights, by its own admission, “A kind of fantasy that echoes the folly of the father”. The director, confusing the two stories, says that he was not “A child martyr” and evokes “Love in the bond between father and son”.

→ CONVENIENT. Cannes Film Festival: where to see the films this summer?

But uneasiness prevails over this forced fantasy, embodied by Benoît Poelvoorde in a register that is familiar to him. She ends up echoing the maternal denial in the face of the father’s psychosis. The viewer feels called upon to smile – but how do you get there? – in front of this sad picture of a dysfunctional family and the mistreatment of a child, the only audience of a paranoid father.