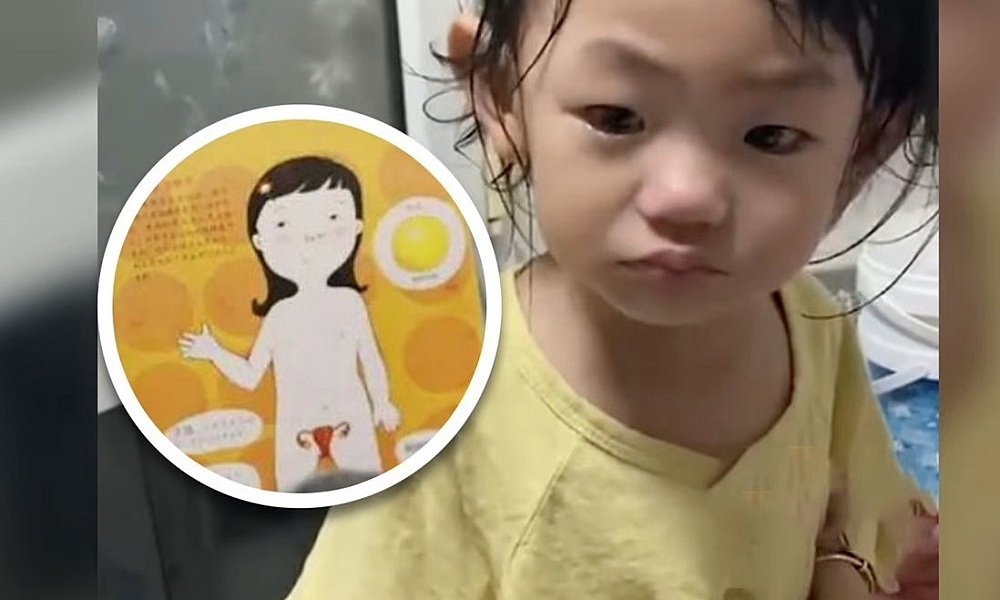 ChinaGuo’s daughter did not let her father undress and bathe her, and fiercely scolded her after being taught sex education by her mother on September 15.

Normally, Mr. Guo in Tianjin city still washes and cleans his daughter. However, from last Friday (September 15), the child suddenly became uncooperative. In the recorded video, the girl in a yellow T-shirt is sitting on a chair in the bathroom. When her father helped her undress, she adamantly refused. Then, the girl expressed indignation: “Dad is a thug”.

The surprised father replied: “I took off my clothes to bathe you. I’m not a thug”. The girl burst into tears, pulled her pants back and continued to scold her father as “the Chu Khanh”.

The mother saw her child crying and ran to her. She explained to her husband, that day, she shared with her a book about the human body and the distinction between men and women.

During the small sex education talk, the mother said to the child: “You are a girl, so you must not let men touch your body”.

Although surprised, Mr. Guo supported his wife and said that he would teach his children more so that she would understand. “The earlier a girl gets sex education, the better a girl can protect herself. I’ll be more careful about how I behave,” the father said.

“Mother’s education is great. Girls should learn and know how to protect themselves,” one person commented. Another mother also said she stopped bathing her son after he turned four years old. Since then, her husband has been doing this duty.

Sex education is important to protect young children from abuse and abuse. However, sex education has not yet been promoted by families, schools and society.

Figures from the China Girl Protection Project show that in 2018, 68% of the more than 9,000 parents surveyed admitted they did not give sex education to their children at home.