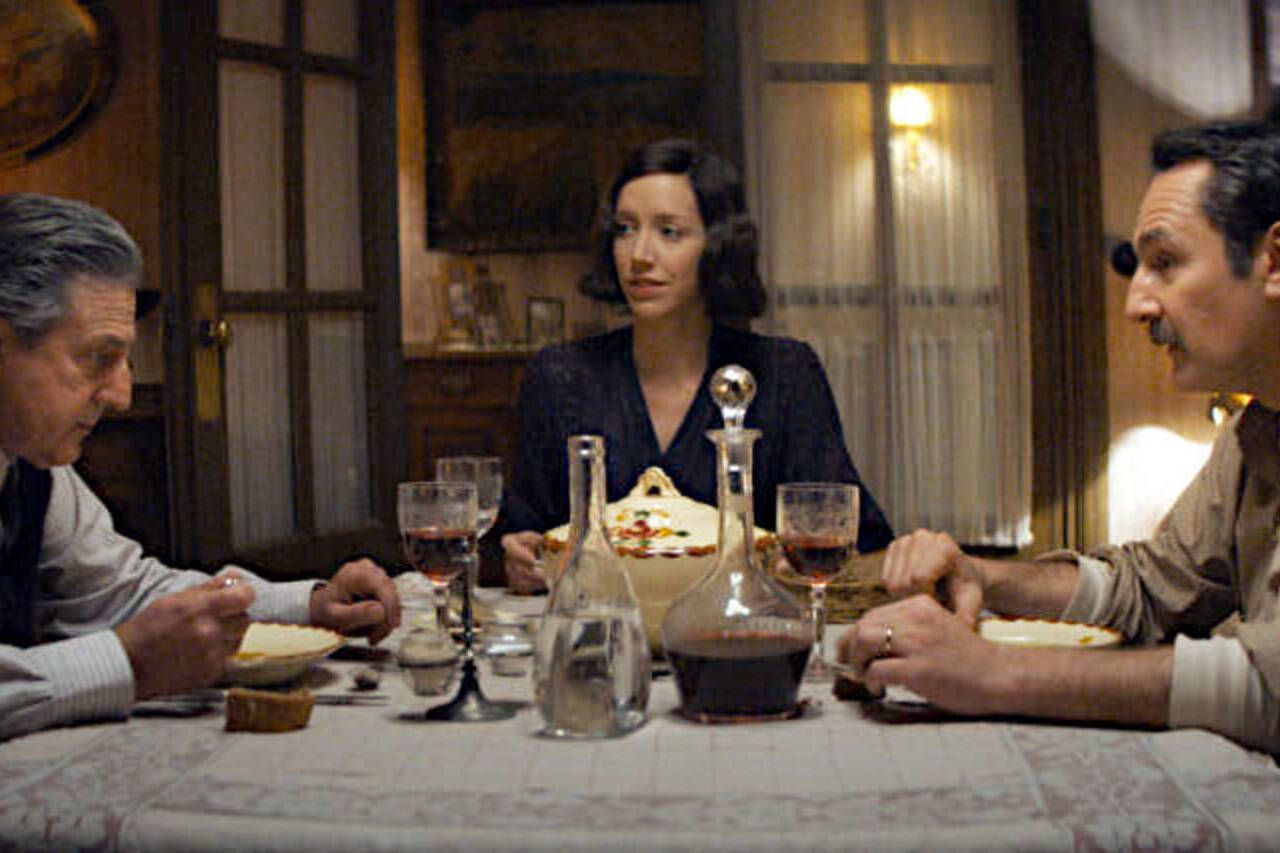 In Paris in May 1941, François Mercier was employed by Joseph Haffmann, a talented jeweler. Despite this good place, he has the impression of accumulating bad luck: suffering from a club foot, this modest employee has just learned that he is responsible for the infertility of his couple. If Blanche, his wife, seems to agree not to have children, he does not manage to resign himself to it. Satisfied with his family and his professional situation but aware of the dangers, Joseph Haffmann decided to quickly organize the escape to the southern zone of his wife and three children when the Nazi occupier imposed a census of the Jews.

→ REPORT. In Montmartre, the cinema takes back its rights

Before joining them, he wants to prepare for the takeover of his store, but also his return by offering an astonishing deal to François Mercier. He gives him shop, workshop and adjoining accommodation with duly established papers without payment of money that his employee does not have. In return, the latter will have to return everything to him at the end of the war, according to the same terms. This agreement brings François Mercier a social ascent as sudden as it was unexpected. But when, for lack of a smuggler, his departure is delayed, Joseph Haffmann has to hide in the basement of his own house.

The intensity of a camera

Successful play by Jean-Philippe Daguerre, Farewell Mr. Haffmann won four Molière in 2018. Fred Cavayé seizes it by taking up its rich plot and its complex characters, but also allowing himself a few liberties. This intense camera explores the upheavals imposed by the hunt for Jews: a craftsman who has become an illegal immigrant at home, his employee who takes risks by saving him from deportation but now holds him under his thumb, the fault lines that are emerging between those who compromise with the Nazis for the sake of profit and those who refuse them.

→ CRITICAL. Curtain up on the small screen

If the film does not manage to free itself from certain heavinesses, in particular because of a stifling gray-brown decor with blocked horizons, it can count on the impeccable interpretations of Sara Giraudeau, Gilles Lellouche and Daniel Auteuil, who finds there the one of his best roles in recent years.