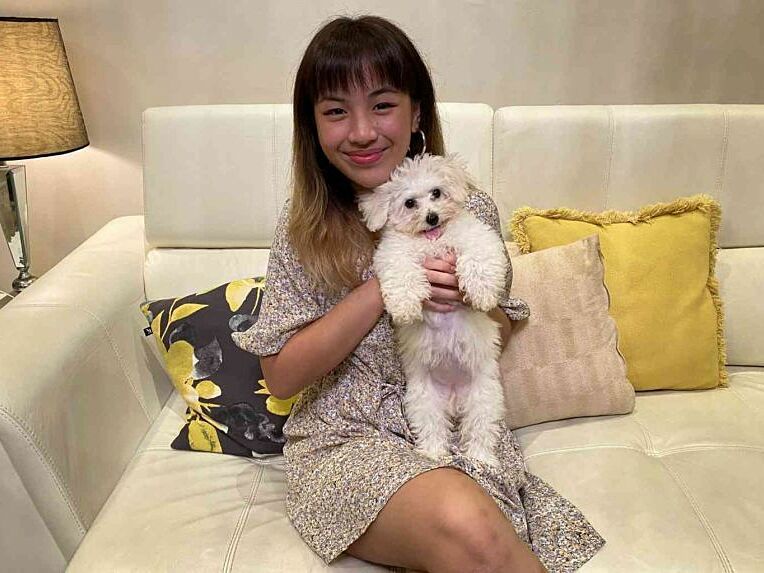 SingaporeThe pace of life was turned upside down because of Covid-19, many “lion island nation” people turned to pet dogs to relieve and push the dog prices up.

Last month, 20-year-old Isabel Joy Kua, a Nanyang Technological University student, bought a dog for SGD 8,900 (more than 154 million dong). The three-month-old Bichon Frise breed dog was named Sunny by the owner. Kua said she wanted to raise dogs since elementary school, but only now has been able to convince her parents to spend money. “We use travel savings to buy Sunny,” the female student revealed.

Kua is not the only one in Singapore who is willing to give up thousands of SGD to buy a puppy. Maxime, a man in his 30s, also revealed he bought a Poodle in June 2020. In November, he welcomed a Pomsky dog ​​(a hybrid between Pomeranian and Husky breeds) home. The total amount of money Maxime spent on two pets was more than 10,000 SGD.

In Singapore, pet dogs are bred domestically or imported from Ireland, China and Australia. Compared to 2020, the current price of pet dogs is many times more expensive. Surveyed at the flyer five dog stores The Straits Times shows that the price of Golden Retriever dogs can be nearly 13,000 SGD per dog, while in January 2020 it is 5,000 SGD. Poodle dogs also from 4,000 to nearly 12,000 SGD.

The shops all said that dog prices will continue to climb.

Thanks to trip cancellations and frequent stay at home, Singaporeans have the money and time to buy pets, despite the high prices. Their demand for dogs has skyrocketed since the blockade ended in June 2020, with no sign of stopping.

Maxime said on June 19 and 20, the pet stores started operating again and immediately closed their schedules to see dogs. Kua revealed: “Many stores offered me to buy a dog before I contacted it. This is ridiculous, but they say that if I wait until the next day, the dog is more likely to be bought by someone else.”

Unlike Kua and Maxime, Joanna Cheng-Ajlani adopted Polo, a 9-year-old Singapore dog from the rescue station. “Honestly, if my couple’s work doesn’t change, we won’t think about raising pets,” Cheng-Ajlani said. The cost of adopting a dog varies from 250 to 530 SGD, depending on the station.

“Many customers do not know the living conditions of the parents of the dogs they buy. They are often locked up and kept alive just for breeding,” Bernadette said. “The community needs more education about the cruelty of the dog breeders.”

Thu Nguyet (According to the Straits Times)