(Sports News) In 2021, there have been many details and sports figures that have attracted special attention to the world.

In 2021, the world sports village has shown interest in the Covid-19 pandemic. Many tournaments that had to be suspended in 2020 were able to resume, sports returned to normal, but there were many “unusual” things throughout the past season.

Simone Biles withdraws from some events at the Tokyo Olympics

Legendary gymnast Biles is considered the most favorite when attending the 2021 Tokyo Olympics. Due to mental health reasons, Biles did not attend a number of registered events at the last Olympics.

This is one of the shocking information at the Olympics, 5 years ago in Rio, Biles dominated 4 gold medals, but in this Olympics she only got 1 silver and 1 bronze because she couldn’t compete because of an injury. mentality.

Thugs raging in the Euro 2020 final in London, England

After the Euro 2020 final, where the host lost on penalties to Italy, the British fans went to the stadium to cause trouble, smash, and assault fans of other teams. For the incident to be assessed as potentially fatal, Wembley Stadium was banned from hosting two matches and received a fine of 113,000 USD.

The controversy involving Thomas has been the focus of attention of American sports and the swimming village during the past time. After consecutively breaking many female records at the tournament for students in the US, female swimmer Lia (formerly named Will) created a lot of controversy.

Many people believe that Lia’s appearance is unfair, because she is transgender but still retains the same power as a man. The story is still the subject of unresolved controversy. 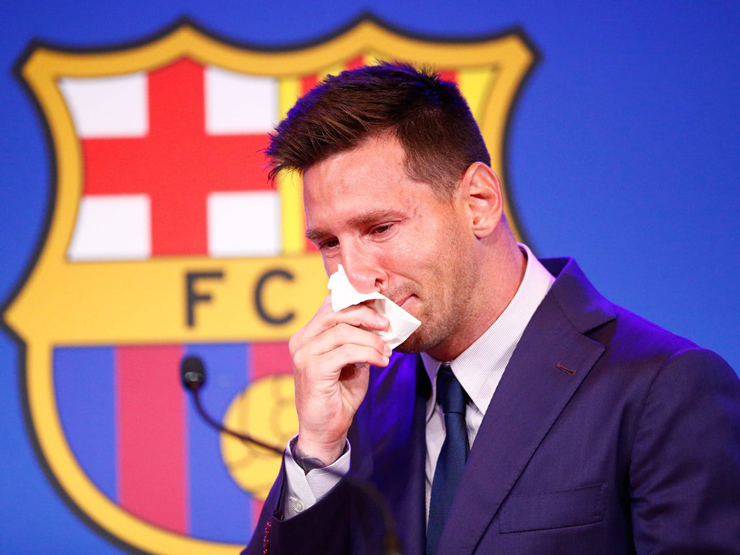 The whole world and Messi himself thought this player would play at Barcelona until he retired, but M10 also had to leave like many other players. Financial difficulties forced the Nou Camp team to sell Messi in August 2021.

Messi’s destination is the French capital club PSG, on the day of farewell to Barcelona, ​​the Argentine player cried, the image showed that Messi’s love for Barca is great, but there are always things that go against his wishes. of human. Kristina Timanovskaya, a 24-year-old Belarusian track and field athlete, was supposed to participate in the 200m event at the Tokyo Olympics, but she did not compete in any event. According to CNN, due to protesting the decision of the leadership to register her to compete in the 4x400m event, Timanovskaya was expelled from the Olympics.

After Timanovskaya posted a video accusing the Belarusian National Olympic Committee of suddenly forcing her to return home before the competition day. When interviewed by CNN, the 24-year-old girl confirmed: “I’m not afraid of being kicked out of the team. I’m worried about my personal safety. I think it’s not safe in Belarus right now. I don’t do it. nothing, but they stripped me of the right to participate in the 200m race.”

Forced to return home but definitely not, the athletic beauty wants to seek asylum in Japan and Poland. Polish Deputy Foreign Minister Marcin Przydacz confirmed that Timanovskaya had received a humanitarian visa from Poland.

In February, Trevor Bauer signed with the Los Angeles Dodgers, making him the highest-paid player in professional baseball (MLB) for 2021 and 2022, with the opportunity to earn $ 102 million / 3 years.

Five months later, he was accused of sexual assault by a woman, Bauer’s side said that the accusations were “100%” baseless. Everything may be clarified after the trial takes place in January 2022.

Failure of the European Super League

The plan to organize a tournament exclusively for the 12 most famous European clubs was “bankrupt” because it did not receive the consent of the audience and some member federations.

After a horrible car accident, the idea that “Tiger Wood” would have to leave the golf village forever, and Woods’ return in recent times was like a “miracle” for his fans. Ronaldo’s contract with his old team Man Utd must use the word “amazed” to describe it. There were too many surprises, because before, people were disappointed and frustrated with how much CR7 was about to sign with Man City, but burst into joy when the Portuguese player “turned the car” back to the team. Dear “Red Devil”.

Conor McGregor broke his leg before Dustin Poirier at UFC 264

In the 3rd rematch with Poirier, “Crazy guy” McGregor, because he competed too hard, broke his leg in horror. Due to the unreasonable use of the “pipe bang” kick, the Irish puncher broke his shin bone.

Currently, the 33-year-old boxer has recovered, he is ready for the matches in the new year. 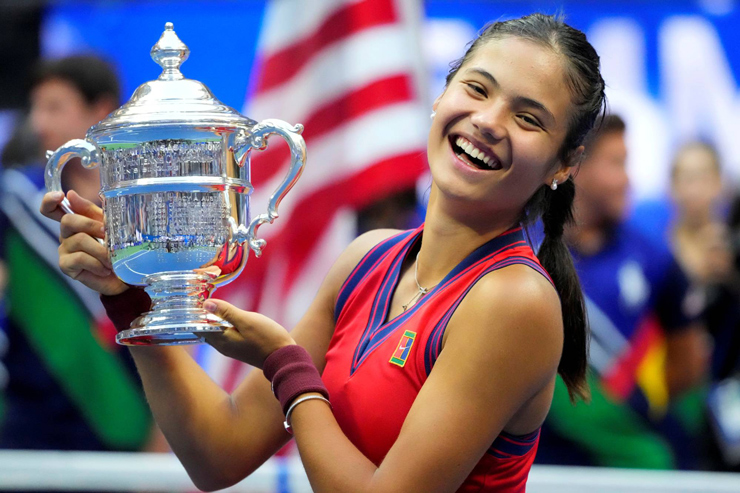 From a potential tennis player, Raducanu “transformed” to become a top star when he won 1 circuit from qualifying to the final round to become the new US Open champion in 2021.

When Eriksen fell during the match between Denmark and Finland at the EURO, the hearts of those in the stadium and on television seemed to tighten. The whole world prayed that a miracle would come to Eriksen and the “miracle” would appear. The talented midfielder has woken up after being taken care of, the best news at EURO 2020.

Never before has the F1 racing season been so exciting. Hamilton stood before his 8th chance to win F1 but was stopped by Verstappen. Before the final race, the two drivers had equal points and had to use both talent and tricks of the Dutch driver to step to the top of F1 glory for the first time in his career.