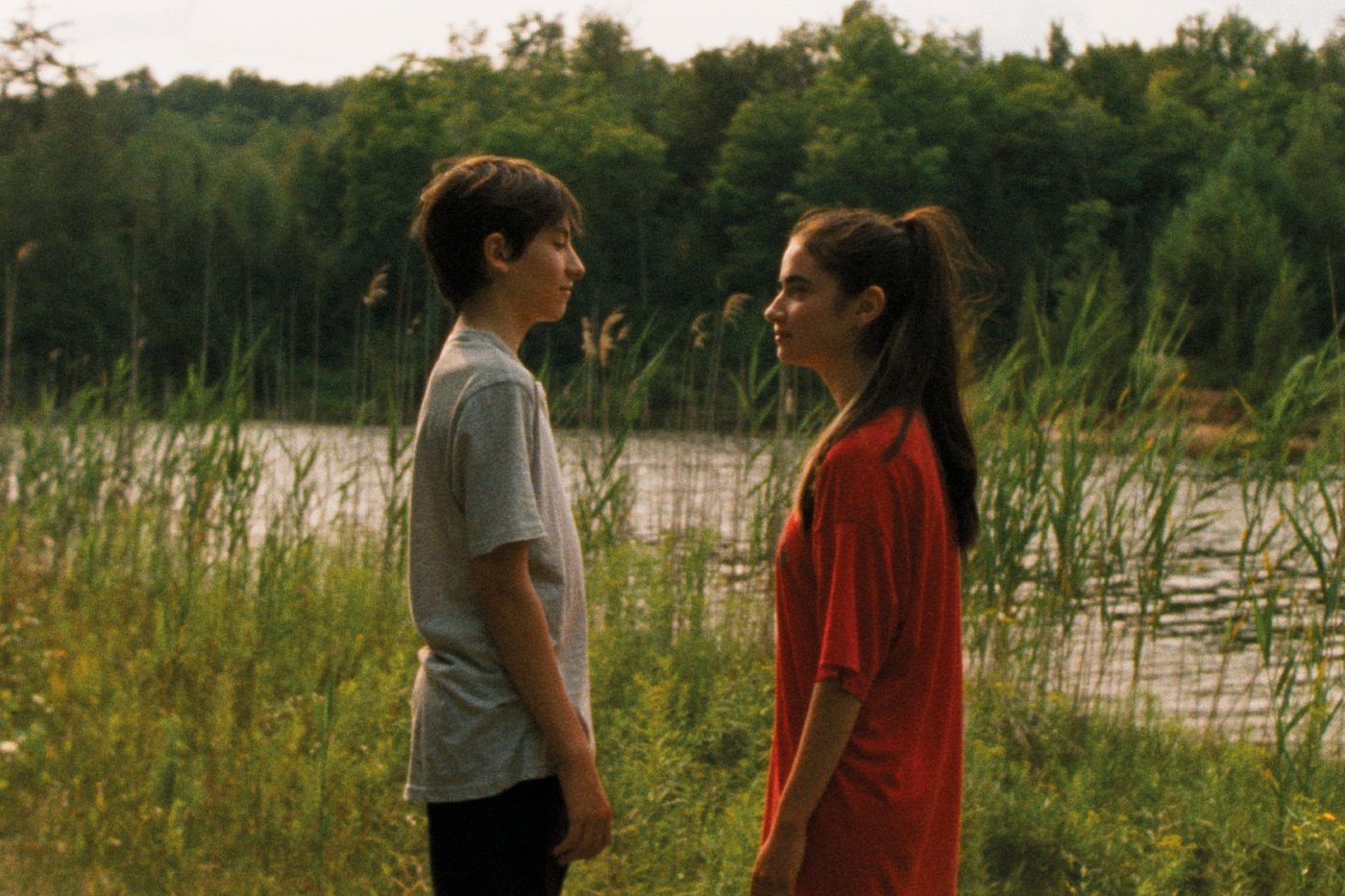 A young Frenchman, Bastien, “13 years, but soon 14”, settled with his parents and his little brother in a wooden house on the edge of a lake in Quebec. Her mother has always been friends with Violette who receives them, Chloé’s mother. Perhaps there was a bond between them a long time ago, but now Chloé gauges from the height of her 16 years and her young woman’s looks a Bastien barely out of childhood. However, she leads him to discover the surrounding forest, the nearby lake and his friends. Above all, she reveals to him her certainty that a ghost is wandering around. Fascinated, Bastien follows her in her morbid games. At her request, he photographs her in dead poses or disguises herself on her way back.

Inspired by comics A sister by Bastien Vives, Falcon Lake is located in the Laurentians, familiar to Charlotte Le Bon, rather than in Brittany to make this summer of Bastien more exotic but also more uncomfortable. He strives to make people forget his age, but Chloe’s friends nickname him ironically “the kid”. He does not know the surrounding forest which it deliberately makes him worry. Bastien claims that it is physiologically impossible to bite your hand until it bleeds. So that will be their challenge.

More than a solar summer, the filmmaker films its shadows and its penumbra: the arrival at dusk in a house whose electricity no longer works, evenings when the young people of the surroundings go wild, confidences in the hollow of the night… On the hackneyed theme of the initiatory summer and the end of childhood with its cohort of sensual awakenings and defied prohibitions, Charlotte Le Bon plays a singular score that makes the spectator as much as Bastien want to follow Chloé . Faced with Joseph Engel, discovered in The Faithful Man and The crusade by Louis Garrel, more down to earth, the mysterious aura of the young Sara Montpetit blossoms fully in the fantastic atmosphere of Falcon Lake.

The filmmaker distils the supernatural in small touches, mixing it with everyday life as in Take Shelter by Jeff Nichols or A Ghost Story by David Lowery, two bewitching films that she gladly cites as references. His first feature film does not display the virtuosity of it because of a scenario that is too tenuous, even if the end brings him a welcome depth. But Charlotte Le Bon already impresses with her mastery of a staging that summons the unspeakable.