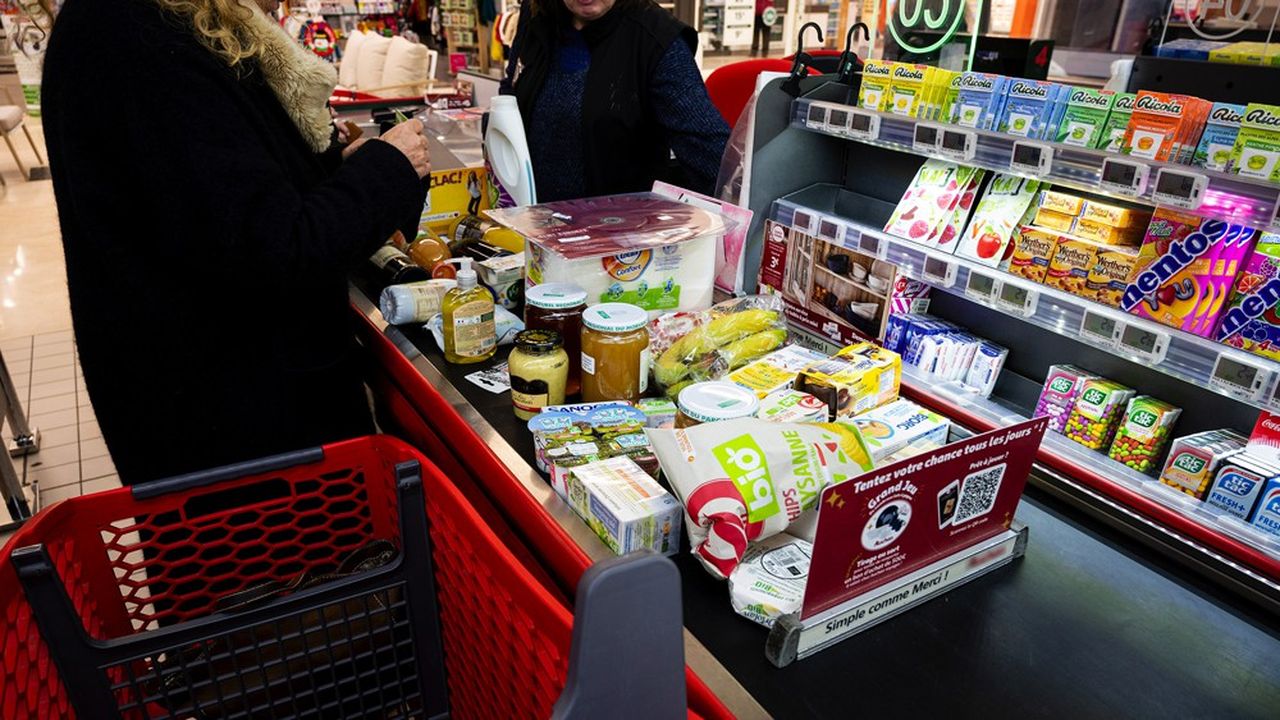 Inflation is not abating. The rise in consumer prices in France reached 6.2% over one year in November over one year as in October, according to the provisional estimate published this Wednesday morning by INSEE.

It is still fueled by soaring energy prices (+18%), even if the rise has slowed due to the downturn in oil prices. Food prices continued to increase this month by 12.2% over one year and those of manufactured prices accelerated (+4.4%). Those of services, on the other hand, decelerated (+3%).

Due to the reduction of the rebate at the pump from 30 to 10 centimes per liter of fuel, in mid-November, “we could have expected an increase in inflation”, observes Sylvain Bersinger, economist at Asterès, who notes two other points positive: the increase in prices, in monthly variation, fell from 1% to 0.4%. Moreover, producer prices in industry fell by 1.1% in October.

However, France is doing less well than the euro zone, where for the first time in seventeen months prices fell in November. “The peak is in front of us. And it is likely to be later than in the rest of the euro zone,” warns Mathieu Plane, economist at the OFCE.

According to economists, the arrival of a less generous version of the tariff shield on gas and electricity prices from January should add inflation in France, between 0.6 and 0.7 points. of inflation, according to Rexecode. “This will raise the level of energy prices paid by households, which will lead to an increase in inflation during the twelve months following its entry into force”, explains Gilbert Cette, professor at Neoma Business School.

According to him, after having been the good student in the fight against inflation, France may even suffer higher price increases than its European neighbors the day when energy prices decline. “If market prices for gas and electricity fall while remaining above the price guaranteed by the State with its tariff shield, this will be neutral for inflation in France. On the other hand, in the countries of the euro zone which do not have a shield, the fall in the inflation rate will be mechanical,” he argues.

Fall in purchases of goods

For now, inflation is weighing on consumption and growth. In the third quarter, economic activity only increased by 0.2% confirmed INSEE, and household spending remained almost stable (-0.1%). A bad sign for growth at the end of the year, in October, purchases of goods fell by 2.8% in volume.

During the summer, the gross disposable income (GDI) certainly increased, by 2.6% in current euros, thanks to the revaluation of social benefits, the acceleration of wages, in particular the minimum wage and also to job creation . “But tax levies are on the rise,” says INSEE. Ultimately over the period, purchasing power per consumption unit rebounded by 0.8% but remains under pressure after the sharp decline recorded in the first (-1.8%) and second quarters (-1%) .

Moreover, the context shrouded in uncertainty between geopolitical risks, soaring prices and the energy crisis calls for caution. Rather than spending, households show a clear preference for precautionary savings, even if it is depreciated by inflation: their savings rate has thus risen to 16.6% of disposable income, against 15.8% at the end of June.

The good surprise comes from companies. In the third quarter of 2022, their margin rate increased by 0.3 points to 31.8% and their investments increased by 1.7%. The contribution of foreign trade to GDP growth, however, remains negative. “At this stage it is not the darkest scenario that awaits the French economy at the end of the year”, estimates Mathieu Plane. According to his calculations, it will nevertheless take “at least 0.5% growth in the last quarter” for GDP to grow by 2.7% in 2022 as Bercy predicts.