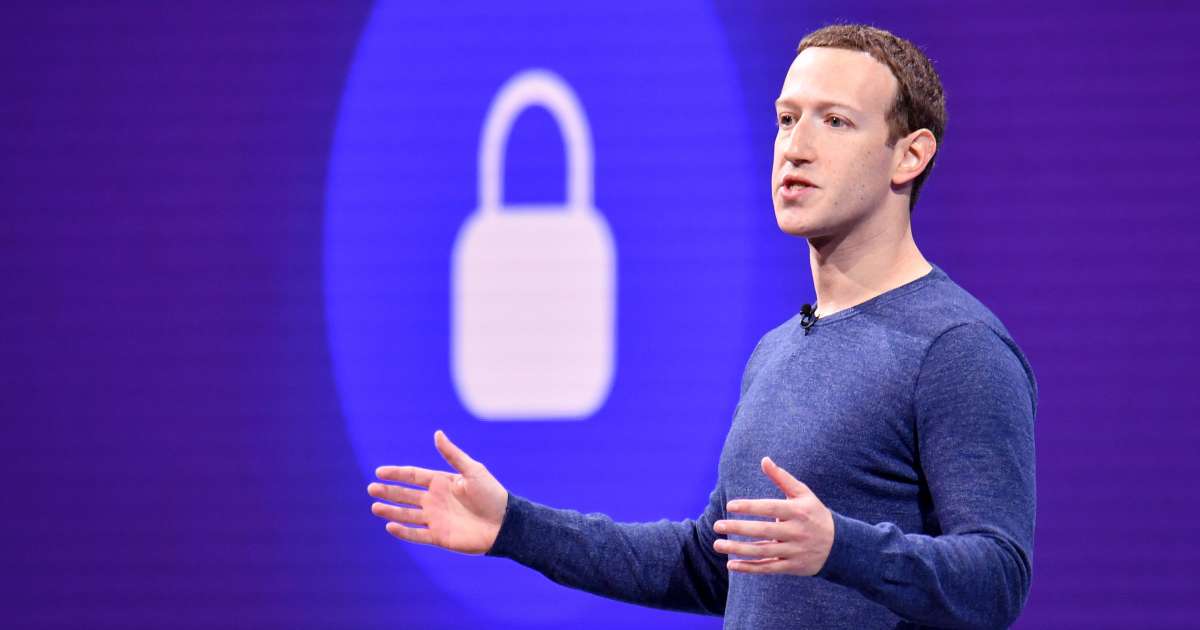 Facebook, which was used during the Arab Spring ten years ago, now intends to move away as far as possible from political fights to focus on interactions “Positive”, and lucrative, even if 2021 promises to be under the sign of tensions with the authorities and its neighbor Apple.

Mark Zuckerberg, CEO of Facebook, announced Wednesday, January 27 that the platform would no longer recommend activist or political groups to its users, a measure already taken in the United States this fall to try to calm the exchanges with the approach of US elections under pressure.

Its objective is to “Calm things down” and of “Discourage divisive conversations”, he explained during the presentation of the quarterly results of his group.

Facebook has reduced visibility of left-wing media, while remaining criticized from both sides

Since the election of Donald Trump and Brexit in 2016, the social media giant has lived to the rhythm of political controversies and scandals. Large sections of civil society accuse him of serving as a base for people and organizations that incite violence – from the persecution of the Rohingya minority in Burma to the recent murder of Professor Samuel Paty in France.

In the spring, at the start of the pandemic, many advertisers withdrew their campaigns to revise their message or save money. In the summer, hundreds of brands boycotted the network to demand better moderation of so-called “hate” content, in the wake of protests against systemic racism in the United States.

NGOs and elected officials on both sides are asking him to take his responsibilities.

Facebook has coped by multiplying measures to better police exchanges and curb disinformation, without managing to satisfy them.

“In September, we announced that we had withdrawn more than a million groups in one year”, recalled Mark Zuckerberg. “But there are also a lot of groups that we don’t want to encourage people to join even if they don’t break our rules. “

The founder of the platform giant added that he is also looking for ways to reduce the proportion of political content on the central thread of users.

“Politics has this tendency to interfere everywhere but we have a lot of feedback from our members who do not want it”, he assured, specifying nevertheless that it would always be possible to participate in the discussions.

Throughout 2020, the Menlo Park company highlighted the tools and innovations that have helped groups show solidarity and small businesses, hard hit by the pandemic, to communicate with their potential customers.

They are still more numerous: as of December 31, 2.6 billion people used one of its four platforms and messaging services (Facebook, Instagram, Messenger and WhatsApp) at least once a day, and 3.3 billion at least once a day. times a month (+ 14%).

On the commercial level, it is a success, in particular thanks to the explosion of online commerce during the health crisis.

But the platform foresees “Headwinds” because of European regulators, determined to better control the flow of personal data, but also because of Apple, the network’s new number one enemy. “We increasingly see Apple as one of our biggest rivals”, said Mark Zuckerberg.

He attacked his neighbor on his favorite ground: the confidentiality of personal data. According to the billionaire, in this area WhatsApp is ” superior “ iOS messaging, the operating system for Apple mobile devices.

He especially criticizes the iPhone manufacturer for its decision to soon force application developers to ask users for their permission to track them.

“Apple can say they are doing this to help people but it clearly serves their interests”, he got carried away, accusing his competitor of “Favor your own apps” on its smartphones and tablets, which are widely used around the world.

In Gafacratie, the winner wins everything

Apple on Wednesday announced a strong increase in its quarterly profits (+ 29%), to 28.7 billion dollars, as well as a record turnover, for the first time exceeding 100 billion dollars ( 111.4 billion).

Zuckerberg, meanwhile, may not escape politics at all in 2021: in December, US authorities accused his company of abusing its dominant position and even want to force Facebook to part ways with Instagram and WhatsApp. .