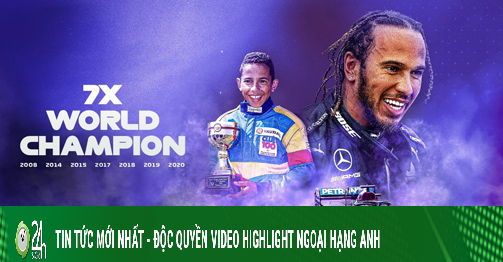 (F1 racing news) The track at Istanbul Park saw another stellar performance from champion Lewis Hamilton, thereby earning him his 7th personal title in his career and many other achievements. is set in Sunday.

Ranking run: The first pole in 11 years for “pink newspaper”

Lance Stroll (Racing Point) shocked with the first pole record in his F1 career in Turkey. He was the first Canadian driver to win a pole since the European GP leg in 1997 when Jacques Villeneuve put the Williams in first place. Stroll became the 5th youngest driver in F1 history – 22 years and 17 days – to have this feat.

Lewis Hamilton ranked 6th, having his worst ranking since the German leg of 2018 when he was 14th … but still crowned in the chaotic Sunday afternoon race. Previously, he won the race in his home country British GP 2014 from 6th place.

Racing Point, formerly Force India, had the first pole position (in team history through the times / renaming) at the 2009 Belgian GP with the unexpected achievement of Giancarlo Fisichella (Italy). And this is their 2nd pole. Mercedes’ 100% first place starting spot in 2020 has been halted but they maintain that record as an engine supplier, thanks to the “pink quote”.

This is the first pole for a team other than three “big” Mercedes, Ferrari and Red Bull since Felipe Massa at the 2014 Austrian GP leg for Williams. Sergio Perez started fourth in nine races in his career. And finally he was in the top 3 ranking runs at Istanbul Park for the first time this year – although he ranked 2nd at Baku 2016, he received a 5-step penalty for changing the gearbox (he still finished 3rd in the main race). It is also the highest starting rank of a Mexican driver since Pedro Rodriguez started first at the Dutch GP 1971. 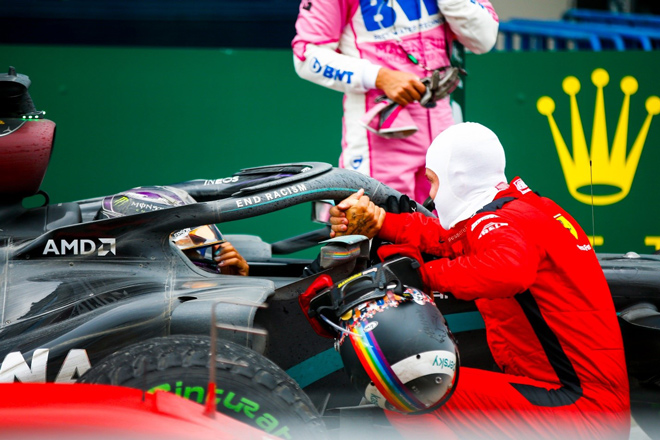 In the 300th leg of Red Bull Max Verstappen ranked 2nd for the 4th time of the year, while Alex Albon ranked 4th – equalizing the best 7th day performance for the Thai driver. Daniel Ricciardo (Renault) has the second straight leg of the 5th place, also the 4th in 2020. Esteban Ocon ranked lower than his teammate for the 12th consecutive leg, but the French driver was ranked 7th. in the last 3 times he entered Q3.

In contrast, McLaren has no car in the top 10 for the first time this season, and no Ferrari in the fourth leg of this year. Moreover, both Carlos Sainz and Lando Norris had to receive the punishment when starting. Sebastian Vettel ranks above Charles Leclerc for the first time in 11 races.

At Haas, Kevin Magnussen and Romain Grosjean are drawing 7-7 after 14 qualifying runs. George Russell had the 35th leg above his teammates on Saturday, although he would have the final start when he had to receive a penalty before the race.

His classy performance in wet conditions helped Hamilton balance the individual championship record number with the legendary Michael Schumacher. His 73rd victory with Mercedes is a new record for the number of leg wins for an F1 team in history. The British driver for the 7th time was crowned in four consecutive races and this time he finished first from the starting 6th, just like what he did at British GP 2014. This is also the 47th consecutive # 44 rider to score, and he is currently in the top 10 in 80 out of the last 81 races. In this race, Hamilton did not run in the top 3 until round 34/58. Sergio Perez finished 2nd for Racing Point is the best result of Mexican driver since 2012 Italian GP, ​​his race is also second behind Hamilton. It was the ninth podium in F1 career, and it was Perez’s 18th consecutive streak. Both Hamilton and Perez are the only ones still scoring at all the races they have attended since the beginning of the year.

Vettel finished third and brought Ferrari 3rd podium in 2020, surpassing their own performance in 2014 season, also their worst season since 1992. Turkish GP is also the first leg of the steering wheel. Ferrari finished in the top 5 this year, the first podium since Mexico 2019. England did not finish a lap in the top 3 all season until Sunday afternoon race. 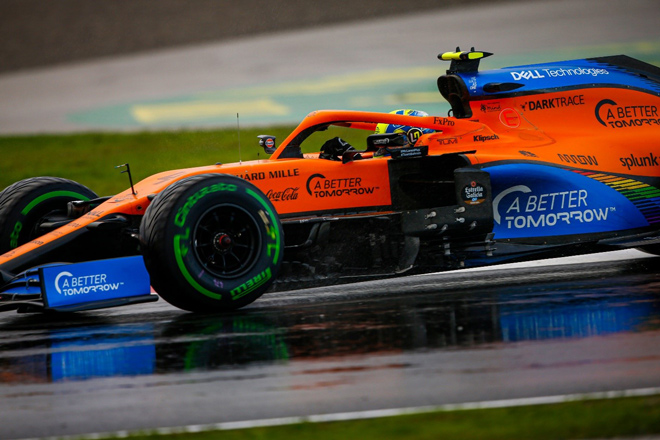 Teammate Charles Leclerc lost 2nd and 3rd place in two decisive turns, but still has the 5th leg to finish the top 4 this season. “War Horse” scored a total of 27 points at Istanbul Park, the most since the beginning of the season. Sainz also has the fourth time in the top 5 this season, before that in his whole career he had only had 6 times of similar achievement. Verstappen finished first this year without winning podium, finishing sixth after a forgotten race.

Red Bull’s remaining rider, Alex Albon for the first time in his F1 career led the race (round 12) and ended a three-legged streak with a 7th place record. Norris established the fastest lap in the race. 2nd this year, 3rd leg for McLaren, the most in the racing teams except Mercedes. Stroll started in pole position and led 32 rounds of Turkish GP, but only finished the 9th unfortunately. Ricciardo took the last point with 10th place, increasing his streak to eight consecutive stages. Bottas was caught by Hamilton in the race in which Hamilton was crowned the championship, the same scenario as happened at the 2014 Abu Dhabi GP when the champion overcame Bottas’ predecessor, Nico Rosberg. There are a total of 5 riders leading this race, 4 of which (non-Mercedes) take place in the first 12 rounds (Stroll, Perez, Verstappen, Albon). (F1 racing news) The racing world has gone through a year 2020 with many changes and memorable events.