(Sports news – F1 racing news) Unlike previous forecasts, the rain only partially affected Saturday in Turkey. Mercedes proved too strong for the rest and easily won the top two positions. However, with the penalty of the driver #44, the championship fight will be very unpredictable on Sunday afternoon.

Pierre Gasly (AlphaTauri) is the fastest person in the wet race Saturday morning at Istanbul Park racetrack. The first minutes of the track was flooded with water and AlphaTauri was the first team to “brave” to leave the garage on Wet tires after 8 minutes, followed by McLaren. Gradually the road surface is drier and intermediate tires – Intermediate are used. However, the riders still face many difficulties.

Russell causes red flags to appear in the middle of FP3

Although both Gasly and Max Verstappen slipped on the road, they were FP3’s best, followed by Red Bull’s remaining driver, Sergio Perez. The Ferrari duo continued to get good results when Carlos Sainz and Charles Leclerc respectively were in the top 5; Unfortunately, the Spanish driver will have to start last in the main race due to a new engine.

Vallteri Bottas completed 8 laps and was only 9th while teammate Lewis Hamilton ran only 5 laps in the first minutes and was only in P18. The run was halted for a few minutes when George Russell’s Williams car skidded around turn 2 and stopped, causing a red flag to be raised.

The rain seemed to have receded away from Istanbul Park in the first minutes of Q1, allowing the drivers to use slippery tires, but with a lower level of grip than on the sixth day of testing. Continuous laps are established when the risk of rain is still present. Many names rose to 1st place during 18 minutes, but in the end, it was still the competition between Mercedes and Red Bull at the top.

Hamilton, with a 10-level penalty “hanging on his head”, is determined to get the best performance, and is the P1-ranked in Q1 with a 1-minute lap of 24,585s. Second place is ‘great rival’ Verstappen with only 0.007s slower, while Gasly continues to maintain high form to take 3rd. Leclerc and Perez are respectively with 0.284s and 0.378s slower, complete into the top 5. Bottas finished Q1 with a single set of Soft tires, taking 6th place. Lando Norris, Fernando Alonso and Yuki Tsunoda, were the remaining names in the top 10 along with Sainz, who had a “walk”. with a comfortable mentality in this qualifying run.

At the back, McLaren’s miscalculation sent Daniel Ricciardo out in Q1 with just 0.096s slower than Sebastian Vettel’s P15 position. With him to end this ranking day early are the duo Alfa Romeo, Kimi Raikkonen and Antonio Giovinazzi, Nicholas Latifi (Williams) and Nikita Mazepin (Haas). A surprise happened when Mick Schumacher entered Q2 for the first time in 14th place, making the young German driver and the team clearly express their joy.

After completing 12 laps in Q1, Sainz and Ferrari decided to stop their 7th day of work and not continue to attend Q2 to keep the tires for the important main race. As for Schumacher, he also did not have many opportunities to go deeper with the current Haas car. So the German rookie accepted with P14, the best 7th day of his career. The remaining drivers compete to avoid the three eliminated positions in Q2.

Perez slipped from the first minute, avoiding the barrier but the tire set was completely destroyed, forcing him to replace a new set of tires. Like on Friday, Mercedes dominated Q2 as Hamilton and Bottas took turns in P1. Most of the riders capable of entering Q3 run Medium tires to aim for this gold-rimmed starting strategy because the tire wear level at Istanbul Park is considered to be very high.

Leclerc had trouble finding traction with the Medium tires and skidded on the last corner. However, the Ferrari driver can still take 7th place and enter Q3. Rookie Yuki Tsunoda is the only one in the top 10 running Soft tires, which will bring disadvantage to Japanese drivers in the main race. Above Hamilton leads with a gap of nearly 0.5s with the person who ranks P2, also teammate Bottas. The duo of “bull butts” ranked the next two places, respectively Verstappen and Gasly.

It was followed by Alonso and Perez in 5th and 6th respectively and Lance Stroll and Norris at the bottom of the top 10. Vettel was once again unfortunately knocked out from Q2 in 11th place, Esteban Ocon was just 0.047 behind. s in 12th. Russell made a mistake on the decisive lap that stopped him at P13.

Going into Q3, Mercedes remains the leading contender for pole position, with Bottas rising after the first run, Hamilton and Verstappen right behind. The defending champion started the second lap earlier than usual and did not make any mistakes to set a new time record at Istanbul Park with a record of 1 minute 22,868s. A result enough to help him win pole and take the best possible starting position on Sunday afternoon, P11 after calculating a 10-step penalty. 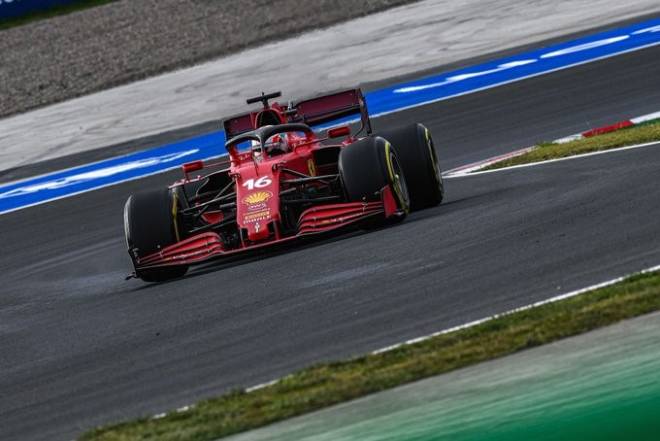 Bottas completed the task well as the 2nd fastest, which means the first place in the Turkish GP 2021. Max Verstappen did his best to start in the first cave with a P3 ranking. In the second row are Leclerc and Gasly with a high performance shown from the beginning of this race. ‘Veteran’ Alonso had another impressive performance to finish 5th, accompanying Perez in the 3rd row. Norris, Stroll and Tsunoda are the order of remaining positions in Q3 of this race.