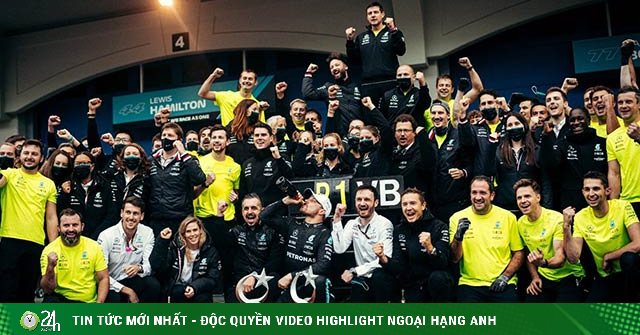 (Sports news, F1 racing news) A feeling that no one is sure Valtteri Bottas will experience in a Mercedes again – winning a race. His teammate Lewis Hamilton, meanwhile, was displeased when his competitor Max Verstappen regained the upper hand.

Video of the official race at Turkish GP 2021:

The raindrops falling on the Istanbul Park racetrack at the beginning of Q1 made the drivers a bit difficult, but Mercedes still showed its class with the fastest performance. Lewis Hamilton won the pole but for the first time since Spain 2012 (when he was disqualified due to insufficient fuel capacity to take a test sample) could not start first due to receiving a 10-step penalty.

Valtteri Bottas enjoyed pole position in the main race, just two races after he himself lost pole at Monza due to a new engine ban.

Bottas is the first Mercedes driver to stand in the first row on this track. This is the second pole this season for the #77 driver, after Portimão, Portugal. Max Verstappen started second, similar to his performance 12 months ago in Turkey.

Charles Leclerc finished 3rd, starting the top 3 for the third time in 2021 after 2 poles in Monaco and Azerbaijan. P4 for Pierre Gasly equalize the highest starting position of the French driver (5th time) in his career.

Fernando Alonso started 5th, the first time in the top 5 since the 2014 Japanese GP; followed by Sergio Perez with a Red Bull outside of the top four in Turkey for the first time since 2008. Lando Norris placed seventh, his starting position in the first three races, but no more. since then.

8th is a position that has brought a lot of luck for Lance Stroll in the past when two out of three 8th starts in his career have podium (Azerbaijan 2017 and Italy 2020). 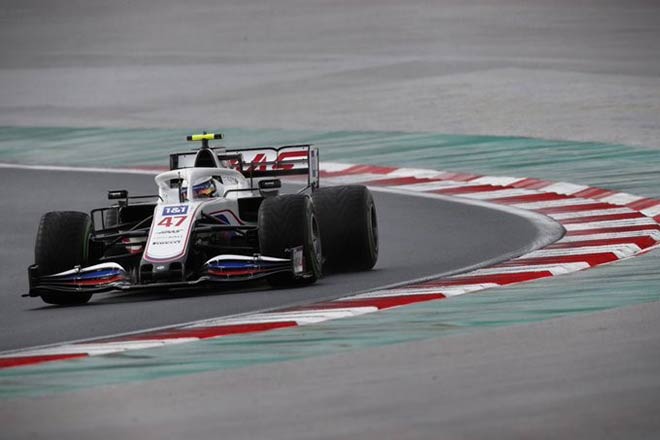 Schumacher has the highest ranking of his career

Yuki Tsunoda made it to Q3 with teammate Gasly, the AlphaTauri team had never started in the top 10 in Istanbul before, under any name. Sebastian Vettel has not been able to enter Q3 in the last 4 legs.

Mick Schumacher took Haas through Q1 for the second time this year, but this is the first leg they actually participate in Q2 since the Nurburgring 2020, exactly 1 year ago. Daniel Ricciardo eliminated from Q1 for the second time, after the race in Portugal, while “snowman” Kimi Raikkonen had the 7th time in the last 8 races that could not make it to Q2.

Main race: Bottas avoids the prospect of “empty hand” in season 2 with Mercedes

Bottas’ last victory was more than a year ago, at the Russian Grand Prix on September 27, 2020. This achievement means Bottas has “escaped” a second season without a win in Mercedes’ career. himself (the previous season in 2018).

This performance was in stark contrast to the 2020 Turkish GP, when Bottas experienced a “miserable” race with six slips on the road and finished 14th, “giving” the championship to Hamilton. He spent the 172nd F1 race of his career, surpassing the total number of starts of the former German racing team CEO, the legendary Niki Lauda. Max Verstappen won second place for Red Bull, and returned to the top of the personal standings with a six-point advantage – no one in Hamilton or Verstappen has managed to lead more than eight points in the last seven consecutive races.

Teammate Perez is the only driver to stand on the podium in both the 2020 and 2021 races at Istanbul Park. Perez finished second here 12 months ago. This is also the Mexican driver’s first podium since the French GP at Paul Ricard in mid-June.

While Charles Leclerc (Ferrari) had a second year in a row in Istanbul missing the podium very closely with 4th, he also finished 4th in 2020 after making mistakes in the decisive corners. Hamilton lost the No. 1 spot in the rankings just one leg after regaining it. This is the fourth change of leader in the last six races. 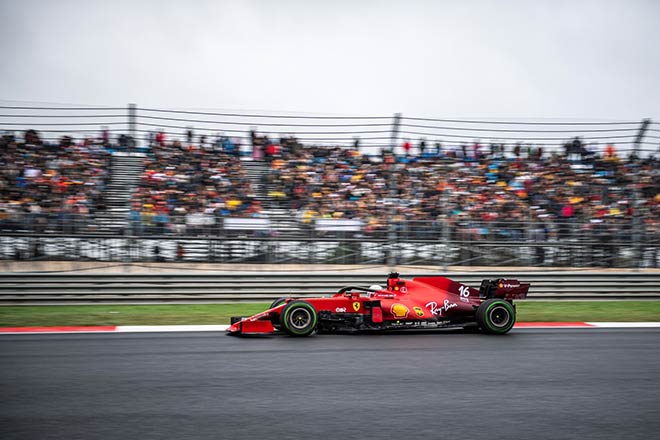 Pierre Gasly (AlphaTauri) finished 6th, the fifth stage of the French driver’s top 6 this season, and the best ever for the Faenza-based team on this track. .

This result ended Gasly’s streak of two empty races in a row. Lando Norris won P7 for McLaren, one level higher than his achievement at Turkish GP 2020.

Ferrari’s Carlos Sainz ranked right behind his former McLaren teammate from the last starting position to score the 9th race in a row. This is the longest consecutive scoring streak of a current F1 driver. Lance Stroll finished 9th for Aston Martin, the same finish as last year, a race in which the Canadian driver took the first pole and took the lead in the race. 32 laps of the race.

Alpine’s driver, Esteban Ocon ranked 10th and completed the entire 58 laps without stopping to change tires. Teammate Fernando Alonso could only finish 16th, helping the French racing team maintain its record yet. ever had to give up – DNF, in the history of the Turkish GP. Antonio Giovinazzi finished 11th, the best result since P11 in Baku 10 races ago.

Williams’ George Russell took only 15th, the second stage without points in the last six races.

Turkish GP 2021 is the 12th race in F1 history to complete without a single driver giving up, the 8th in the hybrid era and the 3rd just this season after the shortened French and Belgian GP.