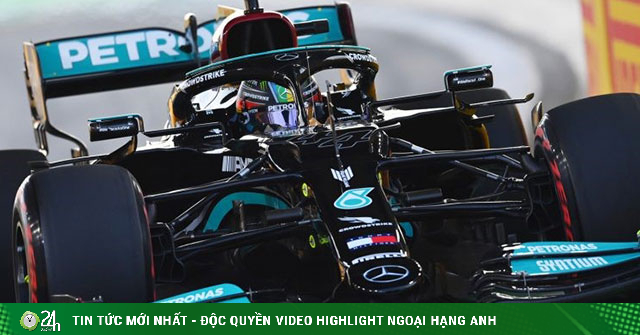 (Sports news, F1 racing news) The F1 tournament comes to the coastal city of Jeddah for the penultimate race of the 2021 season. With the most exciting developments taking place under the lights in the night, this will become a stadium. Great stage for the “sprint first half” of the championship race.

The street race, which is known as the fastest in the world, has spent days rushing to complete the items to “reach the finish line” right before the race starts this weekend. The FIA ​​has also officially approved the criteria for the racetrack to be allowed to hold an F1 event on a Thursday (special exception). However, some construction items will only be completed right before Sunday’s main race.

Racers get their first experience at Jeddah Corniche Circuit

In the evening races, the afternoon sessions are usually not of too much importance. But if it’s a new track, every lap counts. And the riders did not hesitate to start as soon as the new light turned green.

Lance Stroll is the first driver to score “points” in Saudi Arabia with a time of 1 minute 35,812 seconds on Hard tires. And then Max Verstappen easily rose to the top of the table as he continuously improved in time, leading in the first 40 minutes of FP1.

Valtteri Bottas enjoyed the track happily, improving his performance and then taking the lead with a time of 1 minute 30.009 seconds, just 5/1000 seconds faster than Verstappen. Hamilton, after finding a clear path, had a good lap to rise to the P1 position and was 2/10 seconds ahead of his teammate. 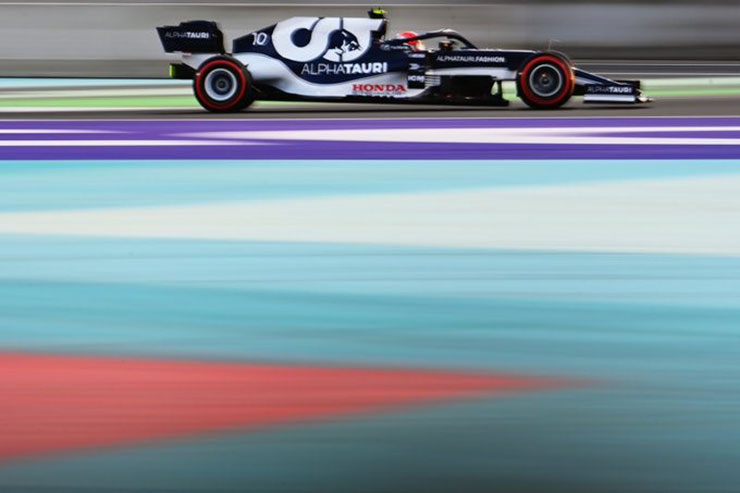 The flag was raised to end the first run. Hamilton tops the timetable. Verstappen improved with Soft tires and placed 2nd, pushing Bottas down to 3rd. The “main character” duo was only 0.056s apart at FP1. Following the top is always Pierre Gasly, the AlphaTauri driver maintains an impressive Free Practice performance. 5th place is equally surprising is Antonio Giovinazzi, who will temporarily leave F1 at the end of this season, about half a second apart from the fastest driver.

The pair of Ferrari continued to ‘shoulder to shoulder’ in 6th and 7th place, only 0.036 seconds apart. Immediately followed by Daniel Ricciardo 8th, Fernando Alonso in 9th and Sebastian Vettel in 10th. A total of eight teams entered the top 10 in the first session at Jeddah Corniche Circuit, a rather successful “opening” session. when there are no accidents or incidents. 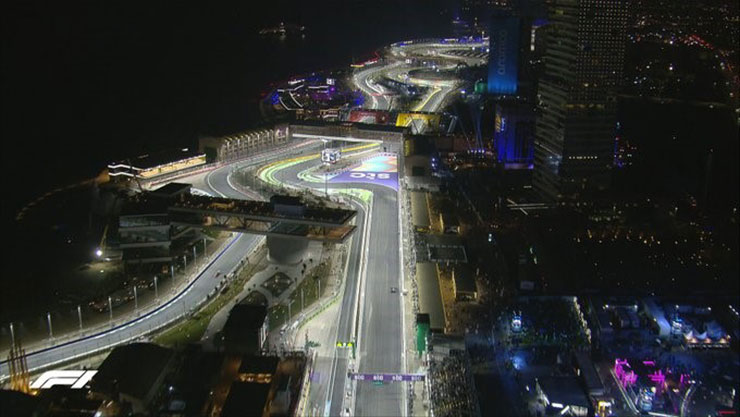 The narrow track makes it difficult for the racers

Less than 3 hours later, the second run will take place under artificial light, under conditions similar to the qualifying session and the main race. This is where the racers take advantage of the 60-minute time to set up the car for the two important sessions ahead. The air temperature did not change much, but the pavement temperature decreased from 36 degrees Celsius from FP1 to 30 degrees Celsius at FP2. How this change affects the tires is what racing teams care about.

Most riders start with Medium and Hard tires, with only Lando Norris running on Soft tires. Due to the narrow nature of the street race, the racers have a lot of difficulty for the tire preparation/warm-up lap, so there are many situations where the brakes are locked.

The Medium tires need several laps to get into their ideal frame, and new records keep popping up. Lewis Hamilton continued to hold P1 with a record of 1 minute 29,018s on Medium tires, followed by Bottas and Verstappen. 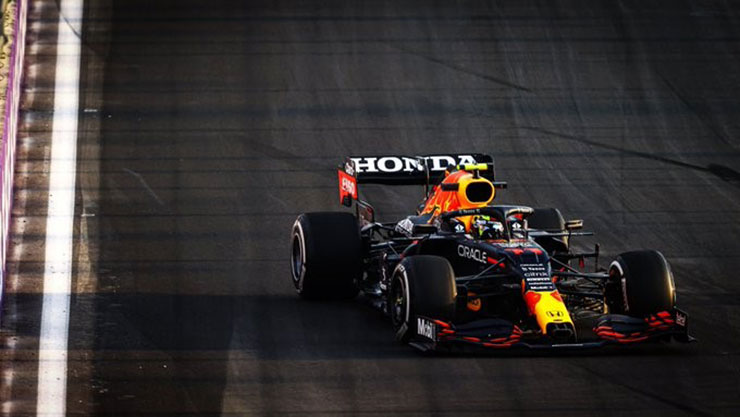 Red Bull does not have good results on Friday

Traffic continues to be a problem causing riders to have a ‘headache’ and not be able to set the desired lap. The leading trio failed to improve on the Soft tyres due to the tires being too cold in the preparatory round, while Gasly continued their impressive performance to rise to P3 with the red rim. It was also the final position at FP2 for the French driver when all switched to long-running for the main race.

After the above 4 names, the duo of Alpine, Alonso and Esteban Ocon once again showed their strength with P5 and P6 positions. Carlos Sainz was seventh for Ferrari, followed by Yuki Tsunoda and Sergio Perez, who needed to show more in a period when Verstappen desperately needed the Mexican driver’s experience in the championship race. Charles Leclerc was 10th, but was the “author” of the first crash at Jeddah at crab 23 when FP2 had 4 minutes left. 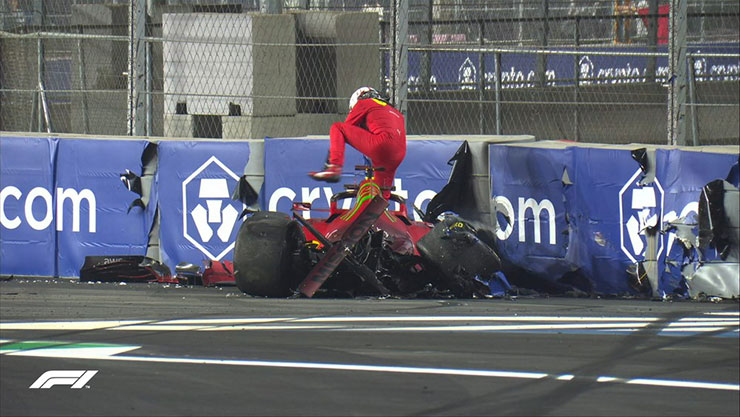 The Ferrari crashed at turn 23

The car hit a wall and was badly damaged, causing a red flag to appear, ending the run early. “War Horse” will have a hard night to be able to fix the car for the Monaco driver. Ricciardo and Norris ranked 11th and 12th for McLaren, in the race they need to score many points to prevent Ferrari from taking 3rd place soon in the team rankings.

Alfa Romeo and Aston Martin ranked next respectively. Williams scored P17 and P19 in both sessions in the team’s legendary tribute race after they received news of Sir Frank Williams’ death last Sunday.

Stay tuned for the next developments at FP3 (tonight’s 9pm) and the qualifying run (0.00am to Sunday morning) to see who will win the first pole in Saudi Arabia.