(Sports news, F1 racing news) With the replacement of George Russell in Lewis Hamilton’s place at Mercedes, many predict the possibility of witnessing a new F1 winner. We actually welcome a new champion – but not the one who is expected the most. Below are the statistics of this multi-event Sakhir GP race.

The first race without Lewis Hamilton since the Brazilian GP 2006 saw teammate Valtteri Bottas win the fifth pole in 2020. England with replacement driver George Russell continued to “lock” the first starting line for Mercedes for the second consecutive week in Bahrain with a new squad. This is also the second pole in Bahrain for the # 77 handlebar after 2017.

The series of achievements that have consistently ranked above his teammates on the ranking day since the beginning of Russell’s career has come to an end at 36 consecutive legs (equaling the 3rd longest streak in F1 history). He became the 25th British driver at F1 ranked in the first row in an F1 race and was just 0.026s from the first pole. However, Bottas did not win in 3 races starting from his nearest pole position.

Max Verstappen also lost only to Bottas’s achievement 0.056s and started third, for the 13th time this season in the top 3 fastest racers but could not win a pole once. Max is third in both races in Bahrain, although Red Bull never started in the top 4 here in the hybrid turbo era from 2019 or earlier.

Charles Leclerc excellently put the Ferrari fourth for the fourth time this year (behind Silverstone, Nurburgring and Portimão). He started 12th in the last 2 legs. In fifth place is Sergio Perez (Racing Point), the same rank he achieved 7 days ago, in the race where he almost won podium.

6th place for Daniil Kvyat is his best ranking result since Azerbaijan GP 2019, 33 races ago. The Russian driver has reached 3 times in Q3 in the last 4 races, although he could not do so earlier this season. Daniel Ricciardo is ranked 7th, one level lower than the Bahrain GP. In contrast, Carlos Sainz rose 7 places from the race last week when he started eight, but his teammate, Lando Norris, started 15th.

Pierre Gasly ranked 9th, lower than teammate Kvyat in the third leg of this year (the first time in 7 races). Alex Albon has the third time he could not reach Q3 after 2 races in Hungary and England. Along with that, Sebastian Vettel also had the 12th consecutive leg eliminated from Q2.

At Alfa Romeo, Antonio Giovinazzi for the third time passed Q1 and equalized the league score with his experienced teammate, Kimi Raikkonen, 8-8, making this internal race winner only possible at Abu. Dhabi.

Nicholas Latifi ranked first on teammates in a qualifying run with Jack Aitken (18th) having a debut to replace Russell. Both Haas with the fifth consecutive leg left the game from Q1.

Main race: The record for the longest wait time for the first F1 win is set With 190 starting stages, no driver competed in more F1 races than Perez before winning his debut in tournament history. Perez is the second Mexican driver to win an F1 race – after Pedro Rodriguez, first place in South Africa GP 1967 and Belgian GP 1970.

The driver of Racing Point ranked at the bottom of the race (18th) in the first round but took the lead in the last half of the race, from round 64. He has only led 2 laps in the last 6 years at F1, but only on Sunday night, Perez ran the last 24 laps in 1st place.

This was Racing Point’s first win under its current name – before when they were Jordan, they had finished first 4 races: Belgium 1998 (Damon Hill), France and Italy 1999 (Heinz-Harald Frentzen) and Brazil. 2003 (Giancarlo Fisichella).

“Pink Panther” is the 36th (separate) racing team to win the race, and is the second new team this year after AlphaTauri at Monza. Lance Stroll ranked third for Racing Point to have both cars on podium for the first time since Jordan’s 1-2 wins in Belgium 1998 (Damon Hill and Ralf Schumacher).

Leclerc is fined 3 steps starting due to collision

On the second finish was Esteban Ocon, the driver of Renault who got his first podium, when he had finished only three times before (highest ranking). He is also the 23rd French driver in history in the top 3. The last time a Renault is in the top 2 finishes at the 2010 Australian GP with Robert Kubica. The Sakhir GP is also the second leg of the season in which no driver has ever won on podium before. The Italian GP includes Gasly, Sainz and Stroll.

Sainz has the sixth time to finish the top 5 this season (the 4th time in 6 stages), teammate Norris only finished 10th and has the 4th leg to score. This achievement made McLaren lose a 17 point advantage over Racing Point in the previous leg and now they are 10 points leading in the top 3 race to enter the final stage.

Renault earned 28 points thanks to Ocon’s podium and Ricciardo’s 10th consecutive streak (5th place), but they still lost the “pink report” and McLaren 22 and 12 points, respectively. 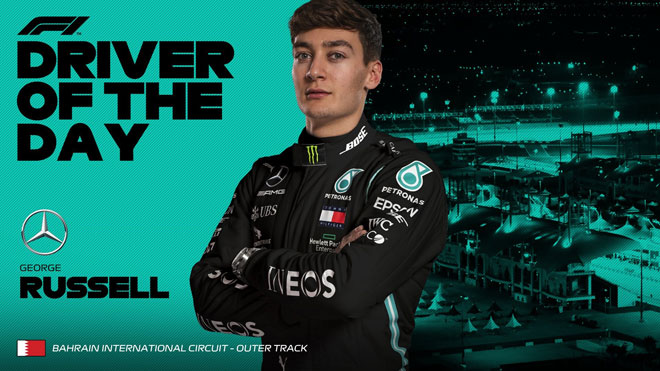 The first score and Driver of the Day title comfort Russell

Kvyat is ranked 7th and is his 2nd best performance of the year (after 4th at Imola). Bottas and Russell ranked 8th and 9th, marking the first time since the German GP 2019 was absent from Mercedes in the top 7. Despite losing his win at hand, Russell still got his first score in the 37th starting stage. He also leads more laps in 2020 than all riders except Hamilton and Bottas.

Verstappen has the 5th leg of his career to give up from the first round, the second time in 2020. Leclerc also has to receive DNF, ending a chain of 7 scoring stages, making Ferrari empty in the fourth leg of this year. He will also be sentenced to a three-step penalty starting at the Abu Dhabi GP by the stewards as the one who caused the first round crash. 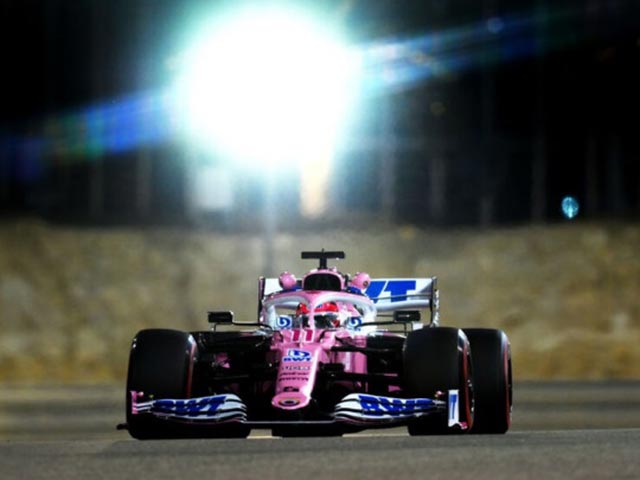 (F1 racing news) The second half of the Sakhir GP race has passed without many changes, but the second half brings a lot of emotions to the people …