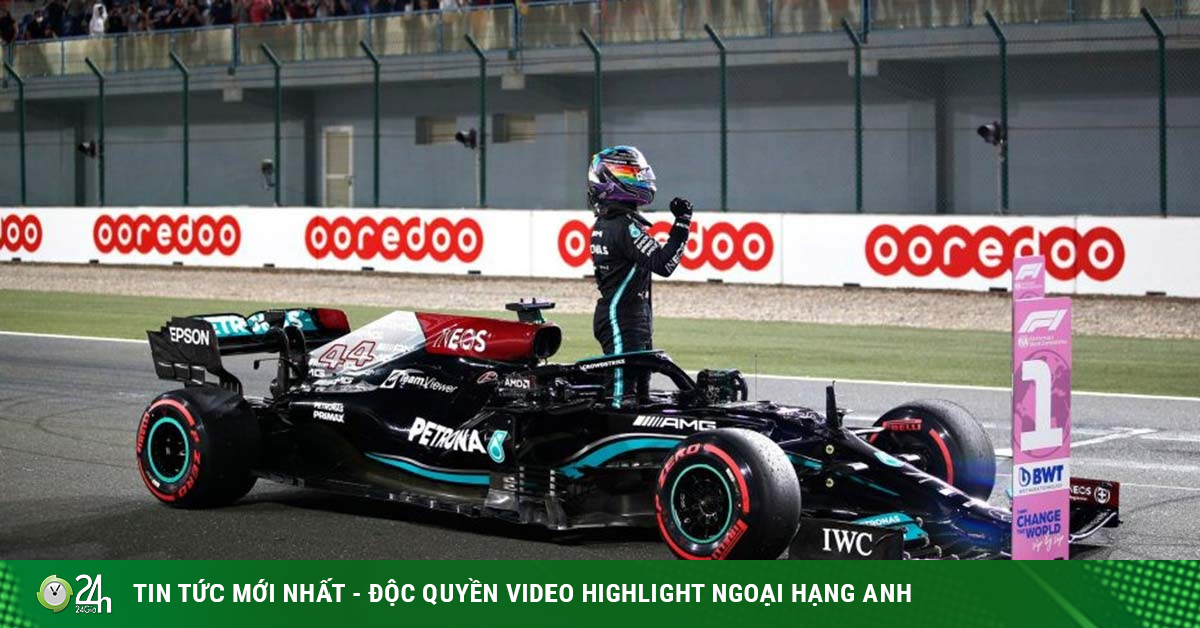 (Sports news, F1 racing news) Verstappen and Bottas took turns taking the lead in the test sessions, but entering the important qualifying run, in a must-win situation, the defending champion Lewis Hamilton showed a superior level. dominant. Driver #44 set a record at Losail, taking the 102nd pole with a gap of nearly… 0.6s.

Following his achievement at FP2 Friday night, Valtteri Bottas maintained his impressive form to once again break the Losail track record and finish FP3 with a 1-2 result for the Mercedes team. Right at the start of the run, the red flag was raised when rookie Nikita Mazepin stopped at the pit-lane exit. Haas’s driver was sidelined in FP2 due to the team replacing the damaged chassis in FP1, so he almost missed all the official test time to prepare for this race.

Mazepin is “absent” in both FP2 and FP3

After a few minutes, the riders started the last test laps under hot conditions before coming to the qualifying round. Most drivers focus on improving the performance of 1 lap, in which Bottas is the fastest with a result of 1 minute 22,310s, faster than teammate Lewis Hamilton only 0.078s. Red Bull tried his best but could only stand P3 (Max Verstappen) with a difference of 0.341s. In addition, the Dutch steering wheel spends a lot of time in the garage adjusting the DRS system spoiler.

Pierre Gasly once again excelled to take 4th place, just ahead of Red Bull’s 2nd driver, Sergio Perez. Ferrari and Alpine took the next positions respectively while Yuki Tsunoda was the last name in the top 10, being one of only two drivers in FP3 (along with Nicholas Latifi – P18) to set the best record on tires. Medium. 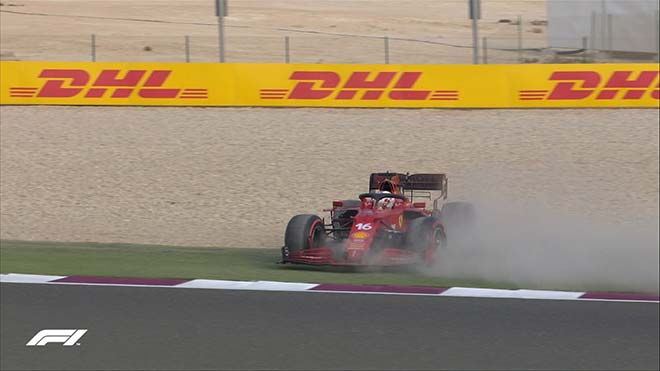 Many riders slipped at corner 2

Going to the qualifying round, “silver arrows” have more advantages than “bulls”. That was shown from Q1 when Hamilton and Bottas were in the top 3 with Verstappen while Perez was still “lost” in the group behind with a gap of up to nearly 0.5s. The remaining rankings in the top 10 are still familiar drivers – Carlos Sainz, Fernando Alonso, Tsunoda, Gasly and the duo of Aston Martin, Sebastian Vettel and Lance Stroll.

McLaren after the expected FP2 continues to make fans’ hearts flutter when only ranked 12th and 14th in Q1. George Russell maintained solid form on Saturday as he once again entered Q2 in last place – P15. The top 15 in this run has a difference of more than 0.3 seconds compared to the eliminated group, so there were not too many developments in the last minutes.

Kimi Raikkonen, Latifi, Antonio Giovinazzi (who will leave F1 at the end of this season), Mick Schumacher and Mazepin (with less than 60 minutes to get acquainted with the Losail circuit) are the ones who stop after the first 18 minutes. 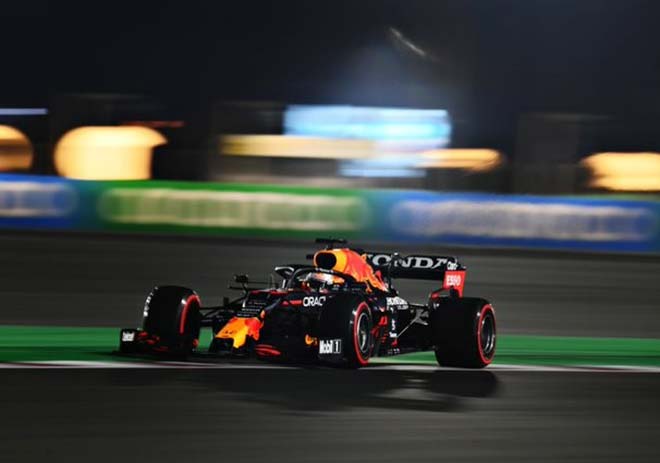 Different tactics appeared in Q2 when the top drivers chose Medium tires while many riders chose Soft. Hamilton again showed his value when improving more than 0.2s compared to Q1 to place P1, 0.3s more than Verstappen and Bottas. Alpine is an unexpected “unknown” at this stage when Alonso and Ocon are in the top 6 of Q2 on Soft tires. AlphaTauri also had equally impressive results as Gasly ranked P2 with the last round effort and Tsunoda 7th.

Vettel and Lando Norris also had a “sprint” to reach Q3 in 8th and 9th while Sainz persisted with the Medium tire strategy, unable to run faster in the 2nd lap but still ranked 10th thanks to luck. The rest of the drivers tried very hard but Soft tires were unable to help them get to Q3, including Charles Leclerc, Daniel Ricciardo and Perez, a result that will make Verstappen face many difficulties when facing the powerful duo. by Mercedes. Russell and Stroll are the two remaining eliminated from Q2. 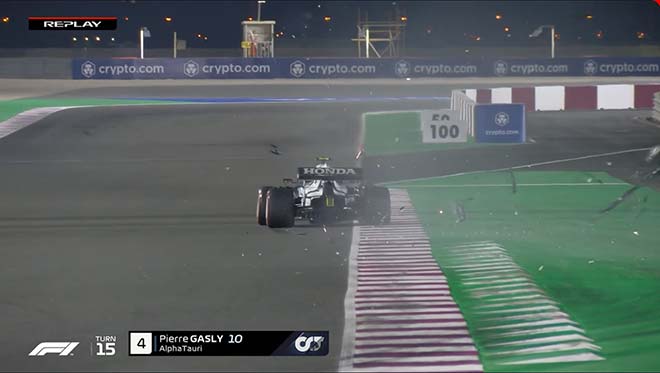 Q3 is the private “stage” of the “black pearl” Hamilton when he completely owns the game. He took the lead after the first lap and set the first lap in under 1 minute 21 seconds in Qatar, also an achievement that made him the first person to win the F1 pole here – 1 minute 20,827s. The difference between him and the 2nd place – Verstappen is 0.455s; The Red Bull driver improved in the second round, but that could not threaten the opponent’s position.

Bottas placing 3rd was more than enough for Mercedes’ tactical advantage in the main race when Perez was outside the top 10. Gasly suffered a blown right front tire and broken front spoiler due to running over the kerb of the penultimate turn of the decisive lap, must stop right in front of the start/destination line. However, the French driver still got the 4th P4 of the year.

Alonso finished Saturday great for Alpine in 5th place, while Ocon was in P9. Norris took the important 6th place ahead of Sainz in the race between McLaren and Ferrari.

Since 2010, the person who wins the first pole at the new circuit will usually win the final championship at the end of the season. Hamilton won P1 in Qatar, can he shorten the 14-point gap with Verstappen after the main race? Catch the Qatar GP at 21:00 tonight. 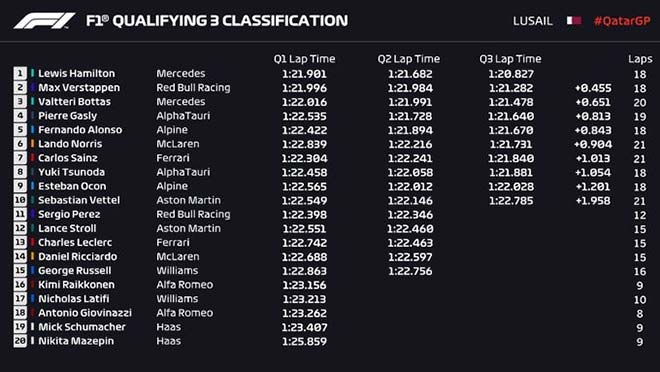 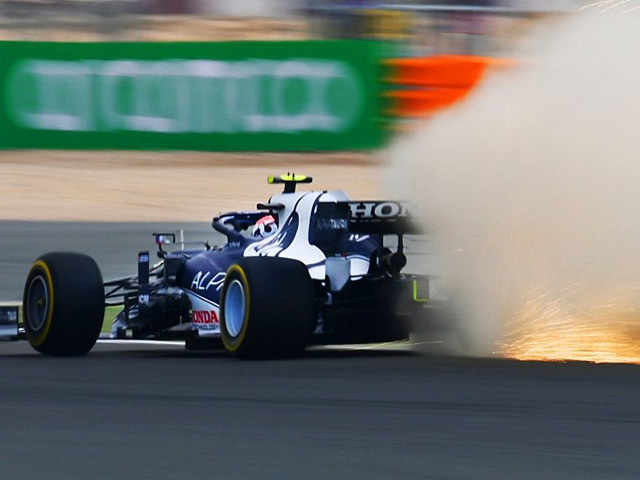