(Sports news – F1 racing news) The first race at the Portimao racetrack started off with a lot of surprises, but that didn’t last long. Lewis Hamilton and Mercedes soon put the race back on track and ended with a win. That achievement helped him surpass Michael Schumacher to become the most accomplished driver in history.

The track temperature at the start of the main race was lower than two days earlier. Cloudy, high wind speed 10-15km / h with the possibility of small rain. Rainfall is not much, but on the new track, strong winds and cool temperatures, these factors have made the first few rounds have unexpected scenarios.

Lewis Hamilton started well, while Valtteri Bottas dropped a few places. But then some of Hamilton’s curves seemed to slow down because the Medium tires did not have the necessary traction, and Bottas returned spectacularly.

He surpassed Max Verstappen and Carlos Sainz and then Hamilton himself to take the lead. The chaos did not stop there, now Sainz was suddenly the fastest runner and he passed a trio of Verstappen, Hamilton and Bottas to suddenly rise to the top of the Portuguese GP. 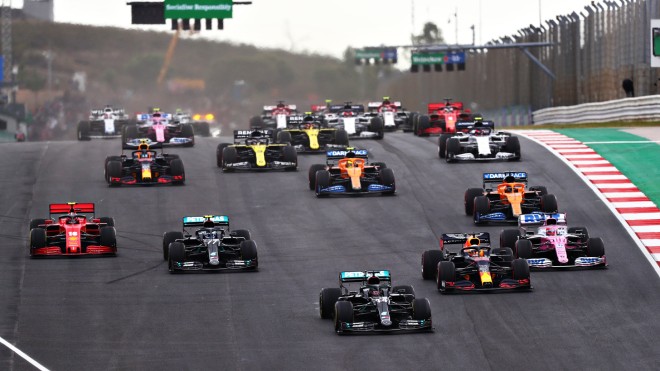 Chaotic race in the first 6 rounds

However, those dream moments of McLaren’s steering wheel end after only 6 laps when the medium tires have reached the right temperature and the necessary grip. Bottas returned to the lead, followed by Hamilton and Verstappen. By round 20, the time when Hamilton showed more experience and handled the tires better than his teammates, helped him reclaim 1st place and maintain it for the rest of the race.

The next race is still affected by raindrops but not significantly. Therefore, everything after that was nothing too outstanding except the fierce battle of the middle top as usual.

Since then, Hamilton has come to the final victory (although having a bit of difficulty when suffering from cramps in the final rounds), writing a new history for F1 with the 92nd championship in his career, officially becoming the hand. most successful driving F1. Crossing Bottas in the 20th round brought Hamilton to victory

Bottas and Verstappen hold the remaining two podium positions while Charles Leclerc and Ferrari have their first 70th anniversary races in top 4. Pierre Gasly and Sainz are 5th and 6th after overtaking Sergio Perez in the rounds. final.

Racing Point’s steering wheel returned to an impressive return and finished seventh after colliding with Verstappen in the first round. The duo of Renault Esteban Ocon and Daniel Ricciardo followed two positions, while Sebastian Vettel got the final score. when overtaking former teammate Kimi Raikkonen. Lance Stroll is the only driver to receive DNF at this race.

Detailed results of the Portuguese GP 2020: 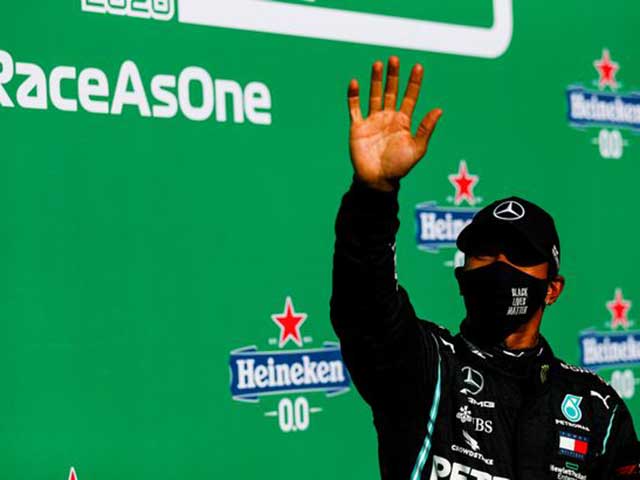