(F1 racing news) Friday, October 23, 2020, the 12th race of the 2020 season officially took place at the Autódromo Internacional do Algarve in Portugal.

Autódromo Internacional do Algarve is a completely new track for F1 teams, it was completed in 2008 and until this season officially named in an F1 race. The reason is quite simple that Portugal has not been in the F1 race system since after the 1996 season. It can be said that this comeback will cause a lot of excitement for all participants. .

Autódromo Internacional do Algarve is ready

The Autódromo Internacional do Algarve is a completely new track which means that there is no specific parameter for the teams to be able to set the best cars, the jobs of the racers and the kit. the technical department will be a lot harder. They will have to work hard to collect the most important data in the test runs, thereby setting up the car to achieve good performance in the two qualifying races and the official race taking place in 2. weekend.

With its potential, Mercedes will still be expected to have the highest dominance in Portugal, followed by the Red Bull and followed by the majority of the rest of the mid-range racing teams. After winning back in Germany, Hamilton will join his teammate Bottas again with the highest competency in the race at Autódromo Internacional do Algarve.

Mercedes could also win the 2020 season racing team championship in Portugal although there are five more races in the season after the Portuguese race is over. The current distance between Mercedes and Red Bull (the second ranked team) is currently 180 points. If Mercedes can win 1-2 in Portugal and Red Bull cannot earn more than 5 points or Mercedes finishes 1st and 3rd but Red Bull cannot get any more points then Mercedes will win the team championship soon. more than 5 races. With the effort and stability in recent races, Renault’s Ricciardo finally got himself a place on the Podium in the German race, a very modest position but with the strength of Mercedes and At the moment Red Bull, Renault’s third place is also a very successful result that even Ferrari has to work hard to win. In Portugal, Ricciardo could still be one of the top five after the race is over. Red Bull will upgrade the floor of the Portugal GP 2020 (top: new, below: old)

Nico Hulkenberg remains always ready for a replacement at Racing Point, he was in Portugal to support Racing Point in case Lance Stroll still cannot recover to be in the race. It can be said that Racing Point is the most progressive team this season, as their drivers are constantly in the top 10 and are always ready to compete with the other teams behind Mercedes and Red Bull.

With fourth place behind Ricciardo in Germany, Perez, despite missing two English races, was still able to claim fifth place on the overall chart behind the duo Verstappen and Ricciardo. The position can properly assess the capabilities of Perez and the Racing Point team up to this point.

Ferrari still leaves a big question mark as to which track will be right for their car this season. And once again there will be opportunities and challenges for Ferrari’s technical team in Portugal as the Autódromo Internacional do Algarve is a brand new track. Fans of the red team from Italy have an excuse to hope their drivers will have a chance to step onto the podium again. Leclerc is currently 8th and Vettel is 13th on the overall chart. Newly heard positions seem quite unfamiliar to Ferrari.

Pirelli gives the teams a C1-C2-C3 combo tire for the teams in Portugal GP. With the new race track, it is quite important to gather information from the test runs to choose the right tire as well as the pitstop strategy for the racers. Theoretically, with a new track the chance will be for all, but given the ability of Mercedes and Red Bull, it will still be only luck that other teams are likely to win high rankings. . 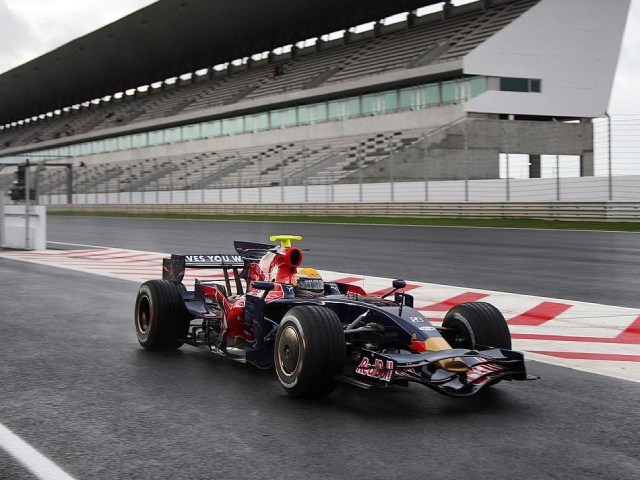 Covid translation is still spreading globally and shows no signs of ending. Sport is affected and Mode 1 is not ex …