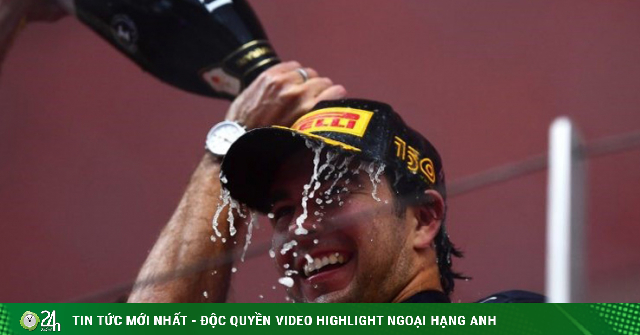 Video of the Monaco GP race:

Dark clouds are clearly visible in the final minutes of preparation for the race. And rain fell on the Circuit de Monaco.

The departure time has been delayed by 16 minutes. The pit area was very busy with stacks of tires being brought out to change due to bad weather.

The rain became heavier and the race was stopped after 2 warm-ups. Weather developments are updated continuously to open the opportunity to continue the race. And after more than 40 minutes of waiting in the pit, the race returned at 16:05 local time.

The clock has started counting down after more than 1 hour delay. Finally, the race officially begins. And that’s the rolling start under the guidance of Safety Car. However, the track is still full of water. Stroll collided with the barrier at Massenet, and Latifi also hit the fence at the hairpin bend, making way for Zhou to pass, although the Safety Car was still on the road.

At the end of round 2, racing events returned when Safety Car returned to the pit. Stroll and Latifi entered the pit, repairing damage. Gasly also entered the pit, and all 3 bet on Intermediate tires. However, the French driver had a hard time, locked up and almost crashed into the barrier. Maybe it’s too early for this green tire.

Not long after that, Gasly started recording the fastest lap and that got the rest of the drivers to keep an eye on the tire. Ocon overtook Vettel to 10th place. Tsunoda and Vettel entered the pit later. Fastest lap returned to Leclerc when he decided it was still too risky to change tires. Meanwhile, Gasly is still flying like flying in the lower group. Round 14, Gasly went up to 12th place. The track is getting drier and forming a distinct racing line. Hamilton also appeared in the pit, switched to the Intermediate tire and only lost position to Ocon. Pérez and Norris continued to safely change to green tires. Sainz was called in to block Pérez’s path, but he intended to play until the road was completely dry and the tires were smooth again.

Round 19, Leclerc and Verstappen both entered the pit. So did Schumacher, and driver Haas delivered the first set of slick tires in the race. Following the German driver is Albon, with new Hard tires. But Magnussen returned to the pit, ending the race early for technical reasons.

Round 22, both Ferraris entered the pit, changed to Hard tires. Red Bull similarly put both in, and both passed in front of Ferrari. Pérez officially leads the Monaco GP. Verstappen in third was sandwiched between two Ferraris.

Round 27, there was an accident in the swimming pool area. Schumacher lost control and crashed into a barricade. VSC has been deployed. Not long after that, Safety Car was back on track. After the “remains” of Haas were cleared, the red flag was once again waved for the repair of the barrier.

Safety Car is back in the lead and it’s another rolling start. Most have changed to Medium tires, but Ferrari still keeps their Hard tires. Safety Car returned to the pit at the end of lap 32 when the cars caught in the round had passed all the way. But one thing is for sure, it will not be possible to have 77 laps, only more than 30 minutes left on the race clock. And 75% of the race will last past the 59th lap.

The top 4 along with Russell and Norris are both more than half a lap ahead of the rest. Hamilton stepped back from Alonso, getting more clean air. Zhou had a situation where he passed Tsunoda, lost control and rescued him in time. 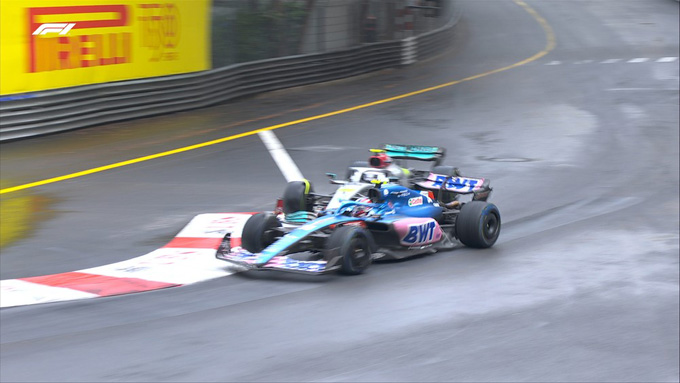 The collision with Hamilton affected the final result of Ocon

Round 53, Albon was the 3rd driver to stop the race. Norris had a safe distance, entered the pit and still returned to 6th. Alonso’s slowness was intended to help Ocon create more distance as 5 seconds would be added to the total race time later, but Hamilton also intended. slowed down, and this affected Alpine’s plans.

The top 4 follow each other through every corner, the gap in the top 3 is just under 1 second, and they are gradually approaching and catching the last group round. At the end of lap 63, the clock returns to 0 and there is a signal that there is 1 more lap left.

Make no mistake, Pérez completed the final lap, winning the Monaco GP 2022. Sainz and Verstappen will join the Mexican driver on the podium. Leclerc was disappointed with the result in 4th place.

Ignoring the Intermediate tire, Russell finished 5th right before Norris, the McLaren driver pocketed 1 more point by winning the fastest lap. Alonso started in 7th, finished in 7th. Hamilton in 8th. After falling victim to Ocon, the French driver was fined 5 seconds of extra time. race, and fell to 12th. And Bottas and Vettel were promoted one place into the top 10. 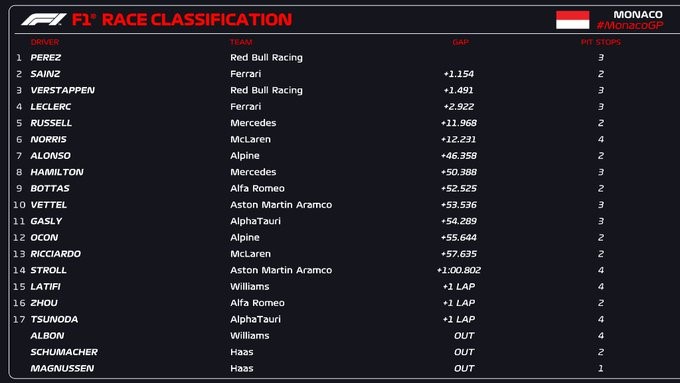 Red Bull continues to lead behind the Monaco GP, and Verstappen is currently leading with a nine-point lead over Leclerc. At the end of this European double-header, the drivers will have time to rest before heading to another street race. It is also where Pérez won his first win for Red Bull. Watch Formula 1 Azerbaijan Grand Prix 2022 taking place from June 10, 2022. 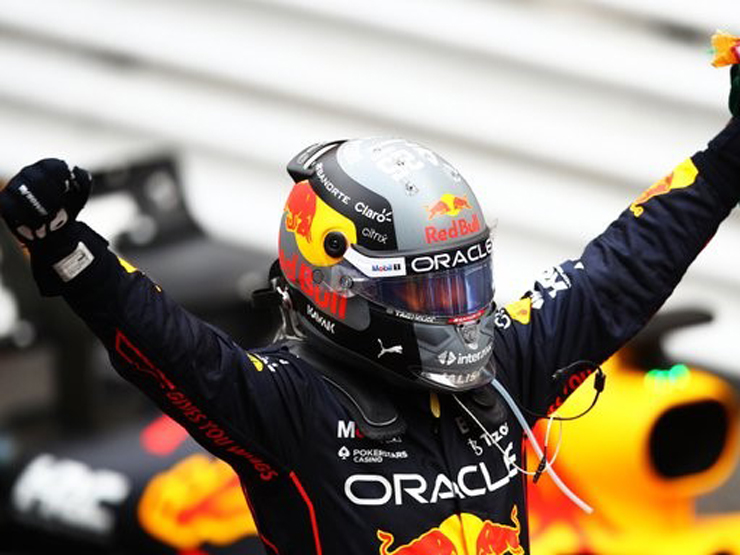 (Sports news – F1 racing news) The mistake made Ferrari “throw away” the victory and Red Bull took advantage of it very well to once again crowned in Monaco.