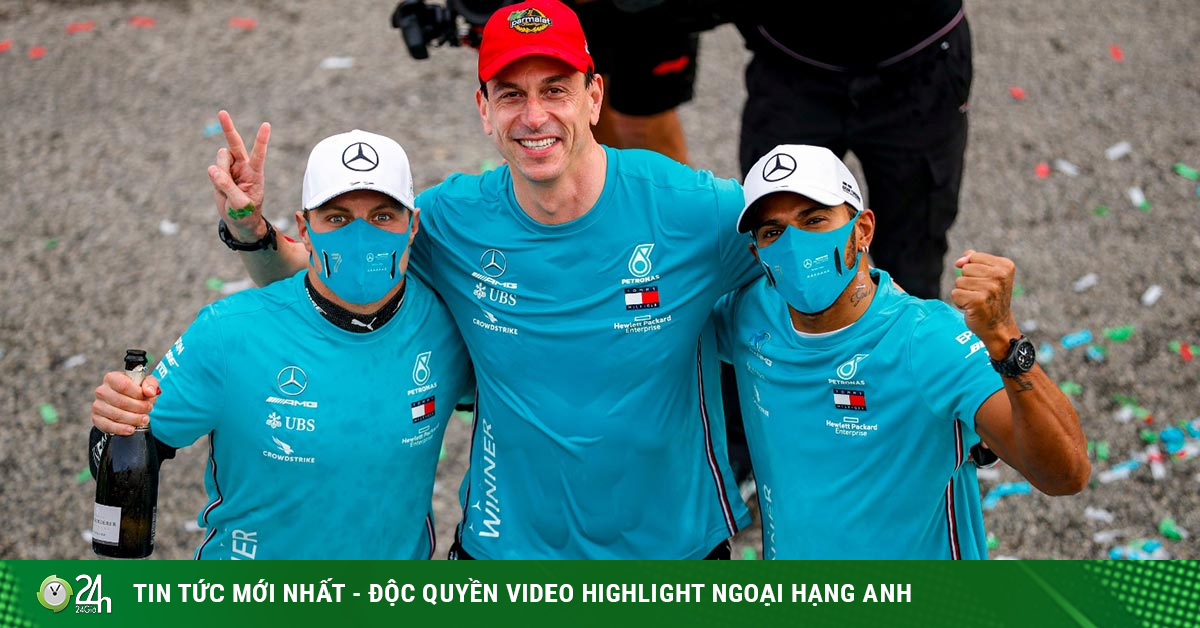 (F1 racing news) Mercedes retains the captain of Toto Wolff racing team, but has not reached an agreement with Lewis Hamilton.

Team captain Toto Wolff officially signed a new contract in December has continued to stick with Mercedes, but there has been no sign from F1 champion Lewis Hamilton of a new agreement. Meanwhile, Honda set a big goal before saying goodbye to F1 later this year.

Wolff has been with Mercedes ‘whole life’, Hamilton is still “silent”.

After the season officially closes in Abu Dhabi, Mercedes announced that team captain Toto Wolff, who has been instrumental in the team championships since the beginning of the hybrid turbo era, will continue to stick. add to the team for the next 3 seasons. Wolff will remain the team leader and CEO of Mercedes F1, as part of a team restructuring that will make INEOS – the British chemical company – one of the three main shareholders of the “silver arrow”. .

With the new adjustment, Daimler AG, also known as Mercedes-Benz, will reduce the number of shares from 60% and Wolff increased from 30% to create the same percentage of shares for all three shareholders. (33.33%). INEOS has become an important partner of Mercedes this season and now they will invest more strongly in a team that is “on top” to develop more impressively in the future.

“I am delighted to move on to the next chapter of my career with the Mercedes-AMG Petronas F1 Team. This team is like a second family to me, we have gone through many ups and downs … and I’m happy to continue working in the new era ahead … “

Wolff added that the company now has three main shareholders and he not only has been with him for 3 years, but will be his whole life. Regardless of his current role, he is free to change his position at any time and move to another position such as CEO or Chairman of the Mercedes Board at a time when Wolff feel right. 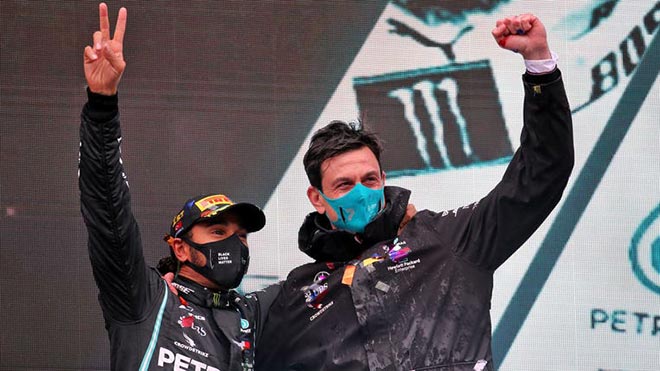 Wolff’s signing of a new contract makes the announcement of Hamilton continuing to stick with the Mercedees is not far away. The British driver always expressed admiration for his “boss” and he felt comfortable working with the Austrian “captain”. They always have the championship goal first, so when things are done, the focus shifts to making the terms that convince the F1 champions to stay attached to the team.

Although a month has passed since the date of Toto Wolff’s news, fans have not heard any further announcements regarding the contract negotiation between Mercedes and Lewis Hamilton. Due to the complexity of the deal, the German team has set a deadline for making their decisions in March, either in pre-season testing or before the first race.

Honda aims to win the championship in 2021

The engine manufacturer from Japan shocked F1 racing by announcing its intention to withdraw from F1 later this year as they enjoyed great success with AlphaTauri and Red Bull. Honda technical director Toyoharu Tanabe wants their final season to be a winning year with a clear mission of competing for the championship rather than a bitter and grim ‘goodbye’ to F1. 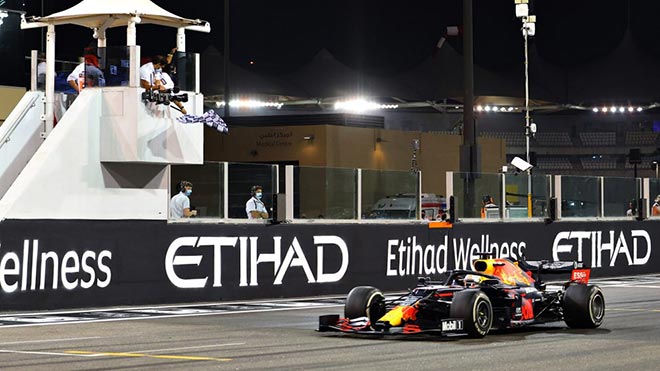 This is not an easy goal to achieve because Mercedes has been dominating this era with seven titles and the engine has been built from the Brixworth factory since 2014. Honda has had 6 races (with Red Bull and AlphaTauri) since returning to F1, initially with McLaren in 2015. In 2020 they won the 70th anniversary championship at Max Verstappen’s Silverstone racetrack, the shocking victory of Pierre Gasly and AlphaTauri at Monza and won 3rd in the final leg of the Abu Dhabi GP when Verstappen won the pole and dominated the race that was the strength of Mercedes.

“We are developing the engine for the 2021, not only in terms of performance but also in terms of durability, but we understand that our position is still behind Mercedes and other competitors are not sleeping in the same period. This important preparation. This year we have a very short break between the two seasons but all involved are doing their best with the goal of winning the leg, as well as the season… ”Mr. Tanabe said. 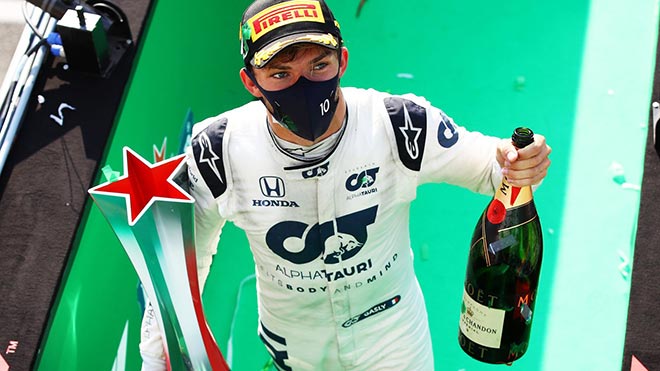 Gasly has a shocking win at Monza 2020

Sharing after the victory in Abu Dhabi and summarizing the season, he said: “Overall, this is a very positive result for the team to bring the curtain down in 2020. Another important factor we have learned from last season: improved engine endurance, which allowed us to use only 3 Power units allowed per racer, and not receive any PU penalty.

“As announced, Honda will leave Formula 1 at the end of the 2021 season. But our goal remains the same: to win the world championship. Together with our partner teams, we will work hard to find more performance, so we can grow stronger. 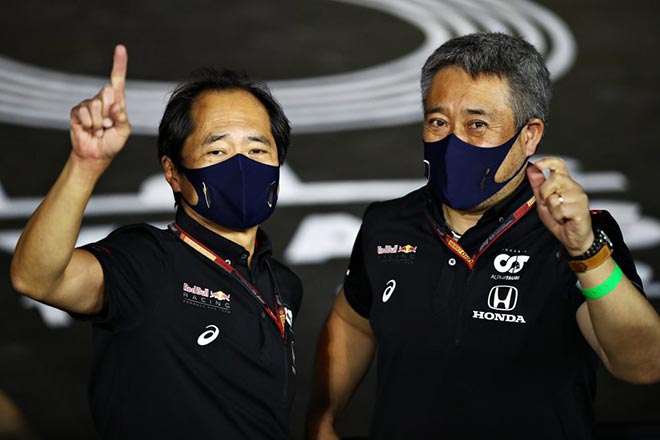 Tanabe (left) has great ambitions in the F1 farewell season

Mercedes will have a new customer racing team – McLaren – for 2021 as they aim to win their eighth in a row from 2014, while Honda will try to go up from the successes of 2019 and 2020. Red Bull remains is looking for an engine solution for the year 2022, with one option being to develop its own engine from the Honda engine platform of 2021. 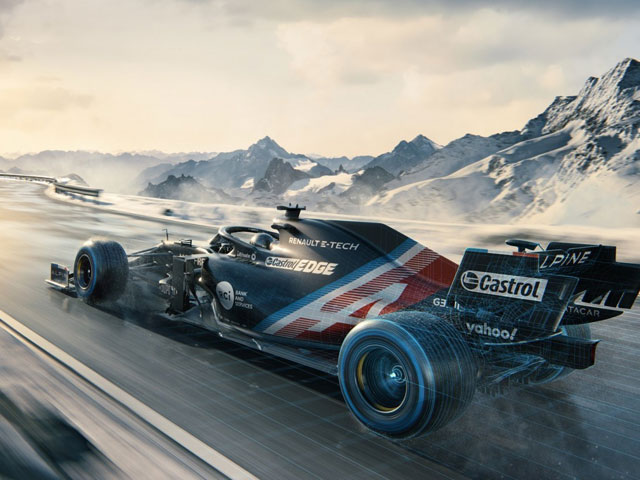 (Sports news, F1 racing news) Renault Sports will change its name to Alpine F1 team from the 2021 season with the aim of competing podiums and …