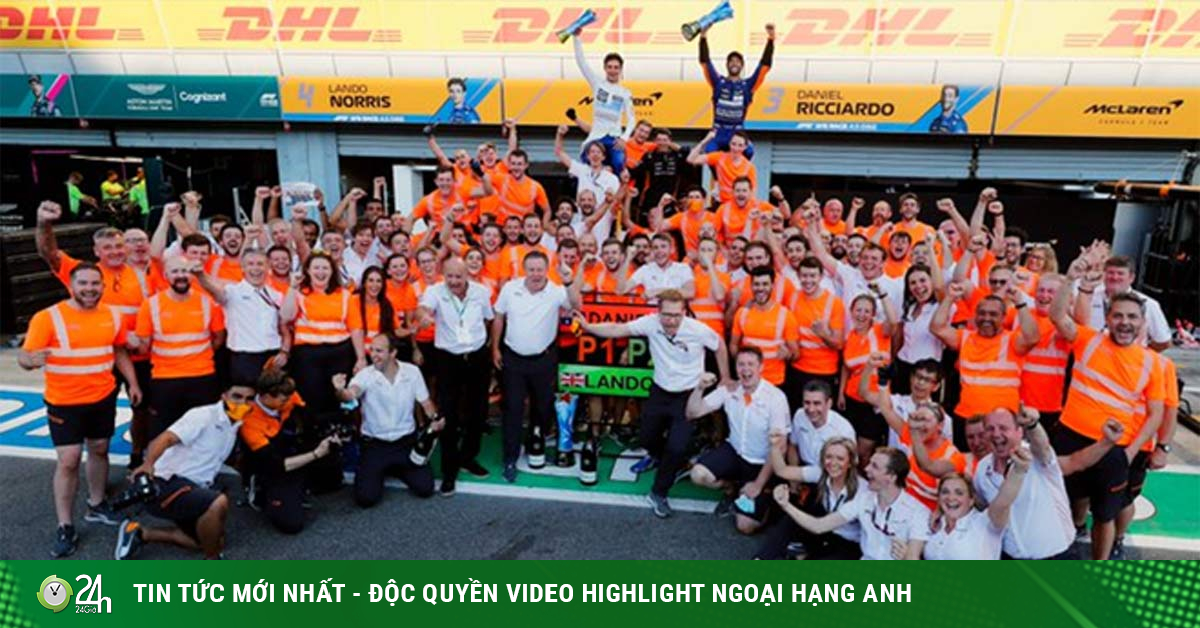 (Sports news, F1 racing news) Monza racetrack for the 2nd year in a row has brought a race of emotions and joy for a top middle team. This season has not seen a 1-2 victory until the Italian GP, ​​where McLaren wrote a new page of history in the team’s tradition and produced impressive numbers for Sunday afternoon’s race.

In a racetrack where hiding from the opponent’s wind is important, the qualifying run saw chaos as the racers tried to find themselves the most favorable position. In the end, Valtteri Bottas had the perfect decisive lap to win P1 for the second time this season, after a 7th day performance in Portimão, Portugal. Lewis Hamilton is second, 0.096s behind Bottas and gives Mercedes 1-2 in Q3 for the third time this season, behind Portugal and Hungary. Max Verstappen has never been outside the top 3 in Q3 2021, but this time the gap between him and 4th place (Lando Norris) is very close, only 0.023s. This is also the first time since 2013, Red Bull has ranked in the top 4 at Monza in dry conditions. The McLaren duo are in the top 5 in Q3 for the first time in the 2021 season.

Pierre Gasly has 12th stage in the top 6 this season while Carlos Sainz won P7 for Ferrari, last year he finished 3rd for McLaren. Antonio Giovinazzi has the 2nd stage in a row to reach the top 10 and the 3rd time this year. In contrast, both Aston Martin cars are “absent” in Q3 for the second consecutive leg. This is the first year Lance Stroll has not made it to Q3 in Monza in his career. 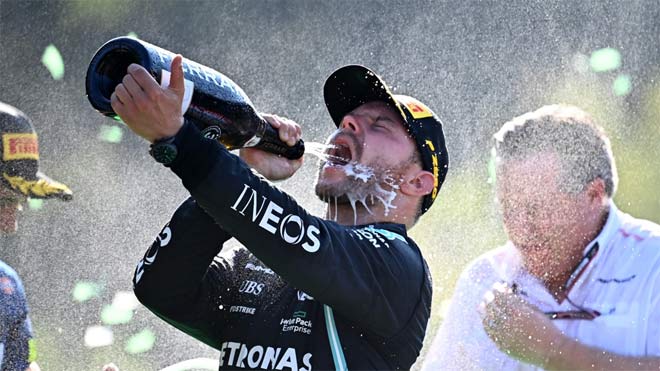 Bottas won the podium from 19th place to start

Alpine duo Fernando Alonso and Esteban Ocon finished 13th and 14th respectively, the second worst ranking result of the season. Rookie Yuki Tsunoda’s best performance in Q1 was erased, causing him to be eliminated early for the 8th time this season, and at the same time helping George Russell get into Q2, driver Williams has only been eliminated once in Q1 this year.

Just like at Silverstone, the second Sprint in F1 history saw a significant disturbance in the starting order of the 20 drivers. Bottas led from start to finish but due to a new engine ban, he had to start last in Sunday’s main race. Driver #77 is the 2nd man at Monza in the history of the best ranking but does not start at pole – the other is fellow driver, Kimi Raikkonen in 2005.

Verstappen never started in the top 4 at Monza but he had his first pole for individual and team Red Bull for the first time in eight years. This is also the first pole in Italy for Honda since Ayrton Senna in 1991. 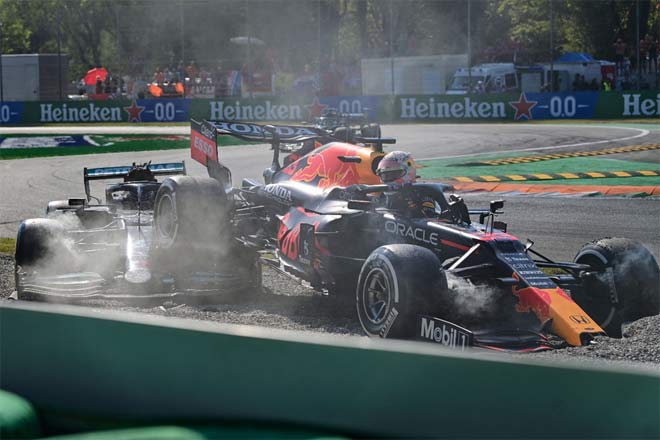 Daniel Ricciardo starts in the top 2 for the first time since Mexico 2018, the 10th stage of his career. Norris started third, giving McLaren the best starting record since Brazil 2012, when Hamilton and Jenson Button joined and ranked 1-2. Hamilton was outside the top 3 at Monza for the first time in the hybrid era, he started P4 in Austria and finished in this position.

The Ferrari duo have the same starting position as at Zandvoort 7 days ago, ranked 5th and 6th. Likewise Giovinazzi with the 2nd consecutive stage starting P7. Stroll ranked 9th and maintained a top 10 start at Monza throughout his career. Alonso continued to have a successful 2nd Sprint, improving 3 places to start P10. The winner of the Italian GP 2020 Gasly must start at the end of the race, the lowest starting performance in 2021. 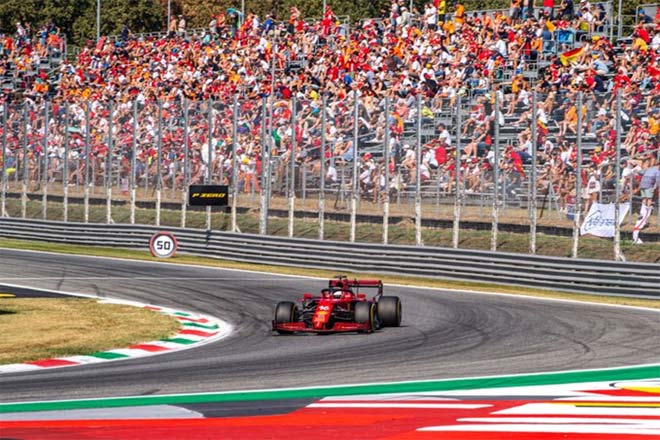 Ferrari has a relatively good home race compared to 2020

The last time McLaren won an F1 Grand Prix was 170 races ago, with Jenson Button’s achievement in 2012. Meanwhile, the team’s last 1-2 victory from Woking, England was in Canada 2010 when Lewis Hamilton finished first and Button ranked second… 220 races ago and more than 11 years ago. Ricciardo has had his eighth career win, his previous seven being with Red Bull, with the most recent being Monaco 2018.

Teammate Norris has never finished in the top 2 in a race before in his career, the young British driver has only 4 times ranked 3rd overall. The 170-lap gap between the two victories is the second longest period in history without a race victory for a racing team that has existed in F1 history. The record is currently held by Ligier with 231 races between winning Canada 1981 and Monaco 1996. McLaren previously had 182 wins, 78 of which they used Mercedes-Benz engines. 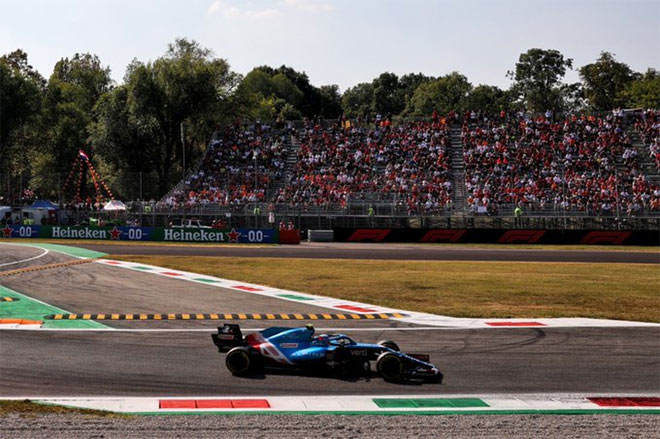 Alpine maintained its scoring record with both cars

In addition, Ricciardo added the fastest lap of the race in the final lap. The Australian driver had his first time on the legendary podium podium in Monza in the 11th time he attended. He also finished first at the weekend of his McLaren racing engineer Tom Stallard’s 43rd birthday. In the 14th stage of 2021, McLaren became the first team to win 1-2 this season (they only scored 7 points in the last 3 previous races).

Valtteri Bottas from the starting P19 position finished 3rd for the 8th podium of the year, but has yet to get his first win. Leclerc finished 4th and scored 2nd time in Monza after winning in 2019. Perez fell from P3 to P5 due to a 5s penalty, he was the 2nd Red Bull driver to lose podium in Monza due to a penalty (Max Verstappen lost). third place in 2018).

Carlos Sainz finished 6th for Ferrari, maintaining a streak of 7 consecutive points, now the longest streak among current drivers. Stroll finished 7th for Aston Martin, the best performance of this season after 3 straight races without a foot and 4 times in 8th. Alonso also scored his first point at Monza since 2014 in 8th place. while Esteban Ocon has the 5th stage in a row in the top 10, helping Alpine have the 4th double point in the last 5 races. 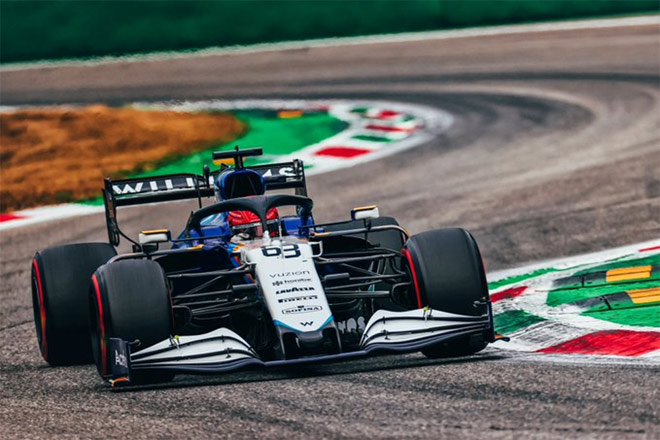 Russell scored the 3rd stage this season for Williams

Russell scored the third time in four races for Williams, after the team went two years in a row without scoring a point. The Italian GP 2021 was also the first race in which Hamilton and Verstappen were unable to complete the race together. This is the first DNF after 63 starting stages for the defending champion and the second DNF since Malaysia 2016 (together with Austria 2018).