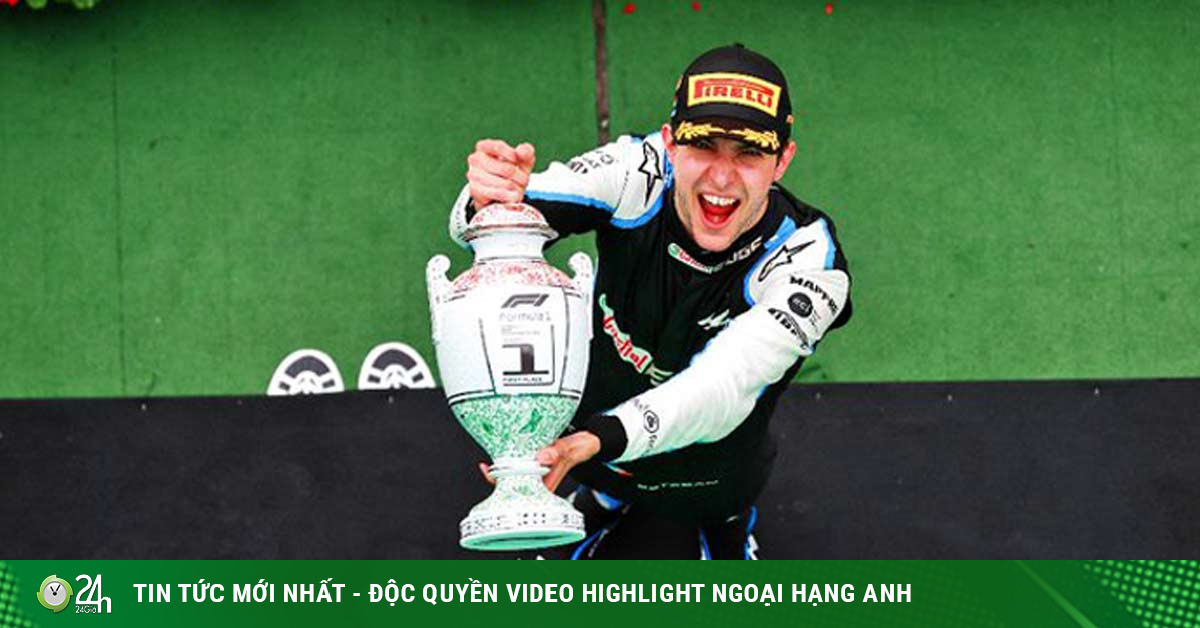 (Sports News, F1 Racing News) Budapest this year is bringing fans a particularly exciting and dramatic race to the last minutes with the “support” of… the rain. The end result brought great joy to French F1 fans as their drivers, teams and engines achieved an unexpected feat. Here are the most notable statistics from this memorable race.

Video of the official race at this year’s Hungarian GP:

Class run: 8th Pole in history for the 44th champ

Lewis Hamilton took the pole position with an impressive lap at the Hungaroring that equaled the record for the most poles in a race with eight times (together with Michael Schumacher in Suzuka, Japan and Ayrton Senna in Imola, Italy and Hamilton himself in Melbourne, Australia). The British driver is the fastest at Q3 for the 2nd consecutive leg, but this is the first pole in the last 7 stages and the 3rd time of the 2021 season. Ocon’s victory was thanks to the great work of his experienced teammate, Alonso

Valtteri Bottas started second in Hungary for the fourth year in a row but has yet to have a pole. This is also the second leg of this year he is on the first line after the pole position in Portimão, Portugal. Max Verstappen ranked P3, the same starting position at Imola, where he overtook Hamilton to take the lead in round 1. The Dutch driver has only been in the top 2 in Budapest once in his career, pole in 2019 .

Sergio Perez finished 4th, a similar achievement in the race 12 months ago when he was racing for Racing Point. Pierre Gasly excellently ranked 5th, the 8th time in the top 6 starting after 11 stages this season. Lando Norris has the highest starting position of his career in Hungary (P6), and he has a seventh straight race ahead of teammate Daniel Ricciardo on qualifying day. Ricciardo has missed Q3 at the Hungarian GP for the fourth year in a row. 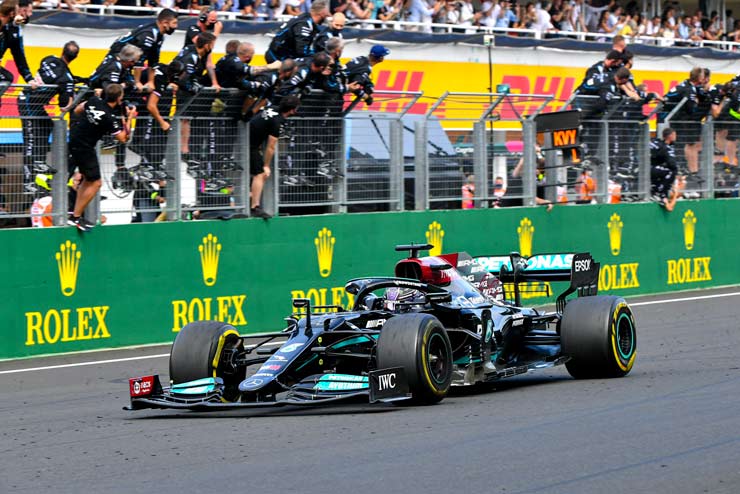 Lewis Hamilton finished 2nd despite many difficulties in the race

Sebastian Vettel was last in the top 10 but was the first race of the former F1 champion to start outside the top 5 in Hungary since 2008. Lance Stroll reached P3 in the 2020 race but was knocked out from Q2 in the race. race this time. “Snowman” Kimi Raikkonen equals the best start in 2021 with 13th place, with the first Q2 in 5 races. Carlos Sainz (Ferrari) is eliminated from Q2 for the 3rd time in the last 4 legs, with the worst starting position in Hungary of his career.

Yuki Tsunoda stops in Q1 for the sixth time in 2021, along with George Russell, who failed to make it to Q2 for the first time this season. But driver #63 has maintained a better ranking record than his teammate at Williams throughout his career. Esteban Ocon (Alpine) is the first French driver to win a French car with a French engine since Alain Prost’s victory for Renault in Austria in 1983. Ocon is the 14th French driver in the calendar. history in a F1 race, and is the second French driver (after Pierre Gasly at Monza in 2020) to be crowned in two seasons after a 24-year period without a driver. He is also the 111th F1 driver in the history of winning a race.

This is the first F1 victory under the Alpine name, in history, the team based in Enstone has won with 4 different names. The remaining three names are Benetton, Renault and Lotus. Since making his F1 debut as Toleman in 1981, this is the team’s 50th win. Sebastian Vettel finished 2nd and won his first podium in Hungary for the team. However, this result was later stripped by the FIA ​​referee because his Aston Martin did not extract enough 1 liter of fuel sample in the car for analysis. 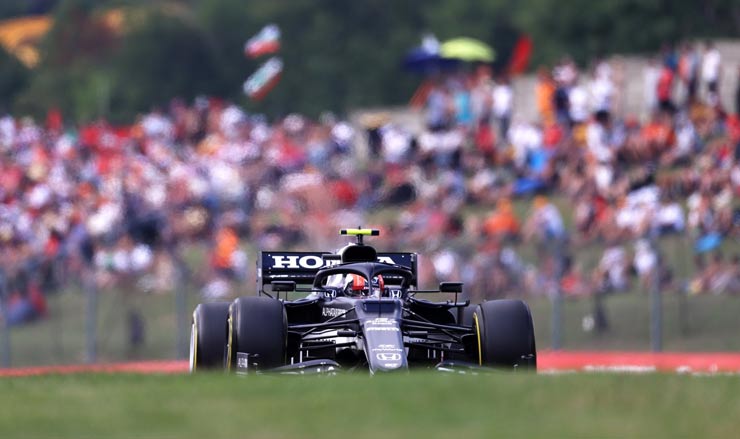 Gasly has 2nd time in the top 5 this season

Thanks to that, Hamilton was promoted to 2nd in this race and continued to widen the score gap on the individual rankings. This is also the first time since Monaco GP driver #44 leads the rankings. Sainz rose from 4th to the top 3 and won his 2nd podium of the year after finishing 2nd in Monte Carlo. This is the 4th race in a row he has finished in the top 5 after starting from 15th or lower.

Fernando Alonso with great defense had his best record since 2014 when he placed 4th. The Spaniard has broken the record for longest time between two races by a single driver. leading – 7 years. The last time Alonso led a race was in Hungary in 2014.

Gasly won the third fastest lap of the race in his career. This is the second fastest lap in the team’s history, in all of the Minardi, Toro Rosso and AlphaTauri names. The other time belongs to Daniil Kvyat in Spain 2016. Rookie teammate Yuki Tsunoda has the best F1 career record with the position of P6. Following is the duo of Williams with the first points since the race in Hockenheim, Germany two years ago. Nicholas Latifi got his first F1 points with 7th place, the team’s best performance since the end of 2017. George Russell also scored Williams’ first point after 48 races, with the best record ever. career F1 with P8.

Kimi Raikkonen got the second leg of this season to score thanks to Vettel’s penalty while Verstappen scored 2 points at 9th, also the only 2 points for Red Bull in the last 2 GPs, compared to 58 points for Mercedes if not counted. 3 Max points are obtained at Sprint Qualifying.

Thus, phase 1 of the 2021 season has ended emotionally. All drivers will enter the necessary summer break before returning to the F1 round at Spa-Francorchamps, Belgium in less than four weeks. (Sports News) Despite being advised by his father not to compete at the Tokyo Olympics, Novak Djokovic still…