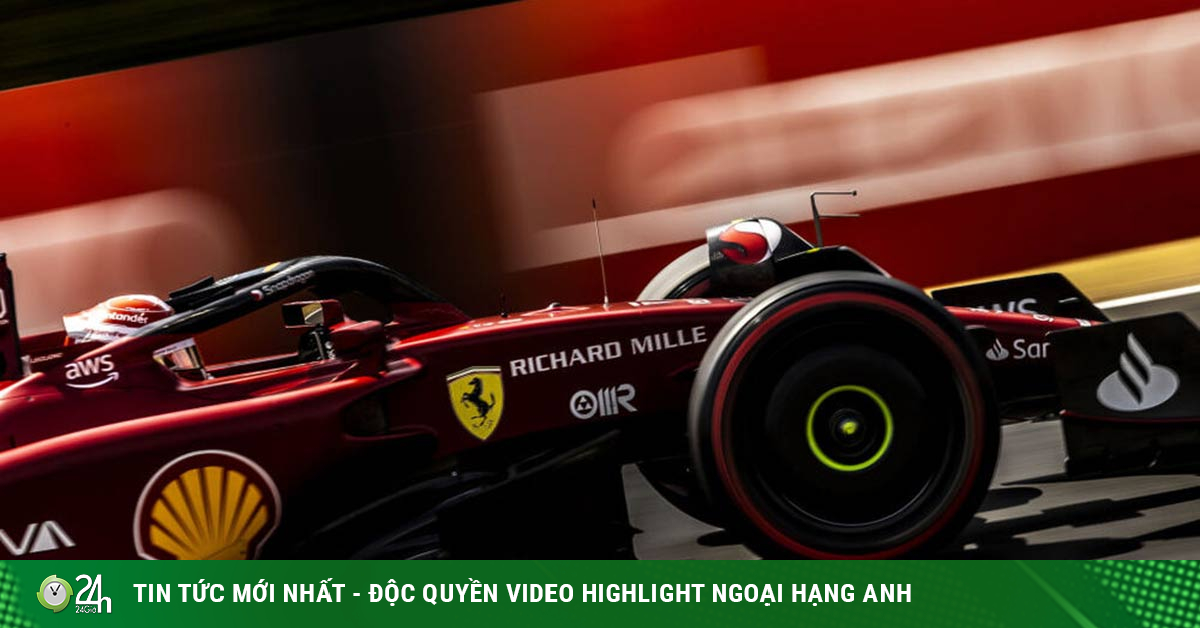 (F1 racing news) Ferrari started the 13th stage with the fastest performance on the first day of running on the Hungaroring circuit. Carlos Sainz leads FP1 ahead of lead driver Max Verstappen. FP2 led by Charles Leclerc in the timesheet ahead of Lando Norris.

This is the last race before the summer break of F1. The weather was dry on the first day of the Hungarian GP run. With the forecast for the remaining 2 days, there is a possibility of rain, the amount of use of Soft tires is much higher than that of Medium and Hard tires.

Statistics of results by tire type on the 6th day

Robert Kubica is back again in FP1 this time, replacing Bottas. And on this first day of running in Hungary, Alonso will turn 41, continuing his record-long F1 career.

Sainz was the fastest driver in FP1 with a time of 1 minute 18.75 seconds, just 0.13 seconds faster than the defending champion. Leclerc third, nearly 0.3 seconds slower than his teammates. McLaren had good results with Medium tires, before switching to Soft tires and taking 4th place for Norris and 8th for Ricciardo.

Russell and Hamilton finished 5th and 7th respectively, separating the Mercerdes duo from Pérez. The Mexican racer had a bit of an allergy problem on the track in FP1. And finally in the top 10 is the Alpine duo with Ocon in 9th and Alonso in 10th. 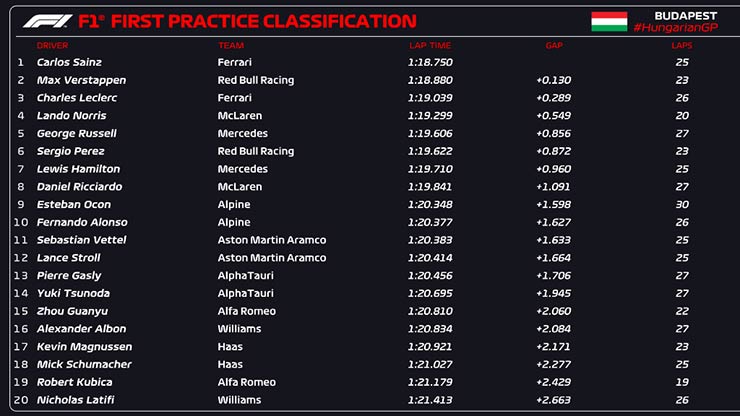 Teams head to test for the qualifying session in FP2. Leading the way is Norris with a time of 1 minute 18,662 seconds. But that achievement was soon defeated by Leclerc. Sainz only has the 3rd fastest time on the board, 0.231 seconds slower than his teammates.

Verstappen is in 4th place, the difference in the top 4 is less than 0.3 seconds. Ricciardo closed a great day for McLaren in 5th place. In 6th and 7th places were 2 “old” drivers Alonso and Vettel respectively.

Russell continues to lead Pérez in 8th place. While Hamilton with eight wins in Hungary has the 11th fastest time, between Alfa Romeo two Bottas and Zhou in 10th and 12th respectively. 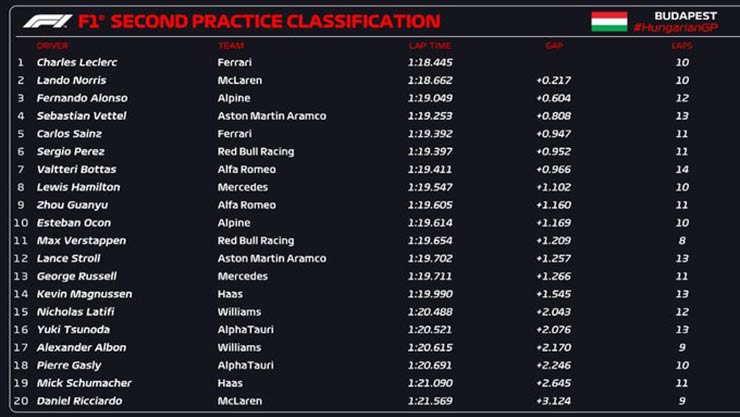 There is 1 last running session before the important ranking session. According to predictions, wet tires will definitely appear. Whatever the reason, it’s definitely impossible to miss the ranking happenings at 21:00 on July 30 and the final test session taking place at 18:00 on July 30. 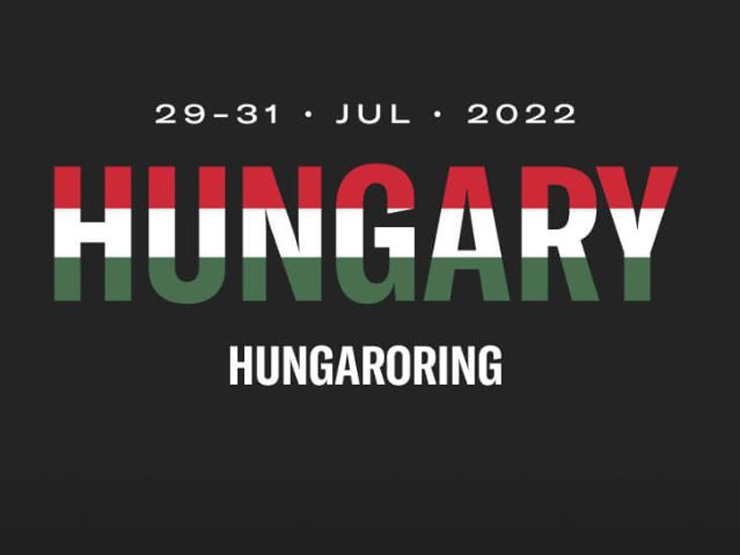 (Sports news, F1 racing news) Two consecutive races in 2 weeks to close the first phase of the season, then nearly 4 weeks of rest before entering the full 2nd phase…