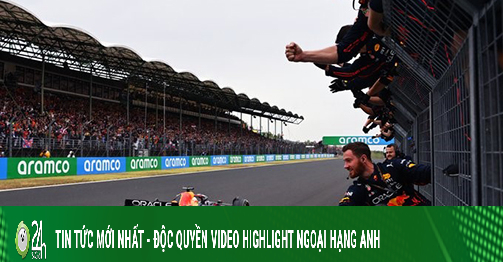 The race weather was cool but there was still a rain warning. On the way to the starting line can see many riders locked in gear such as Russell, Bottas, Ricciardo and Pérez. In addition, Gasly from 19th place had to start from the pit due to a new engine change.

The percentage of rain that occurs has been raised by the FIA ​​to 60%. All start with smooth tires, including Soft tires and Medium tires. The cars quickly made the track dry with current conditions, but if the rain continues, things are difficult to predict. Russell was back from the warm-up, and slowly made his way to Latifi from last place. The green flag was raised.

Russell had a good start with the advantage of Soft tires, easily escaping the pursuit from Sainz. Hamilton overtook both Alpines to 5th. Red Bull also had a good start. But Albon and Vettel had a collision. A lot of debris was left on the road and VSC was deployed.

Albon entered the pit and switched to Medium tires. VSC ended not long after that. Ricciardo and Magnussen competed for 10th place, but race control noticed the damage on the Haas, and raised the orange-black flag. Magnussen then entered the pit, replacing the front wing with a new one.

The pair of Red Bull in turn overcame the Alpine pair, the positions of the two pairs of cars were exchanged. Round 12, Hamilton with DRS rose ahead of Norris, Verstappen took the opportunity and also passed the second corner. Right on the main straight after that, Pérez with DRS continued to pass Norris. Lost up to 3 positions in just over 1 lap.

Round 15, Norris was the first driver in the Soft tire group to enter the pit, returning to 16th place behind Latifi. There was a chain reaction, in turn Russell, Verstappen, Sainz, Pérez and Hamilton pitted in the following rounds. All back with Medium tires. 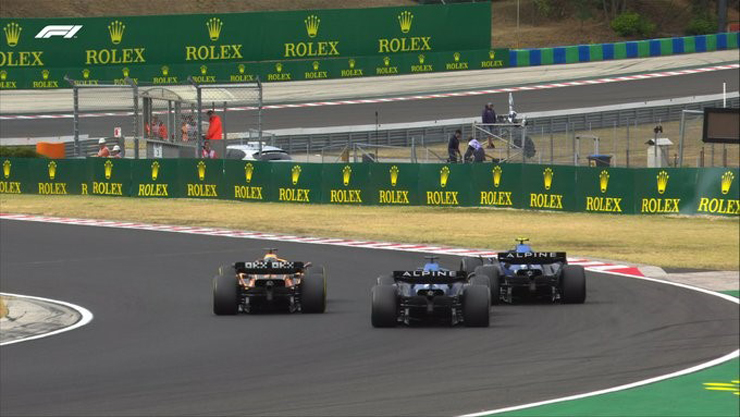 Round 22, Leclerc into the pit, back behind Russell. Alonso also entered the pit, but chose the Hard tire and returned to 11th place. Then it was Ocon’s turn. Both Alpines share the same strategy in this race. But Ocon left the pit in the middle of a top 10 struggle between Alonso and Ricciardo. And the Australian driver deftly overcame both.

Leclerc was very quick, reaching the range of Russell’s DRS. Round 31, Leclerc slowed down, and took the lead through the first corner. Alonso behind was overtaken by Vettel. Russell was gradually left behind and fell into Sainz’s DRS range. Round 36, Tsunoda lost control and caused a yellow flag to appear briefly. 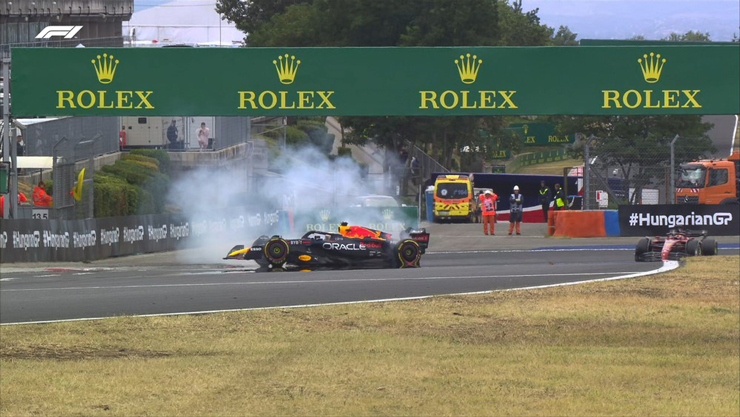 Round 39, Verstappen pitted for the second time, switched to the remaining Medium tires. Then Russell and Leclerc also entered the pit, but Ferrari now has only Hard tires as the only option. Verstappen easily overcame Leclerc with the advantage of tyres, but lost control and fell to 4th. Russell took the opportunity but only passed Pérez.

Round 48, Sainz turned into the pit, and switched to Soft tires. Behind, Ricciardo and Stroll had a collision, Stroll was thrown into the run-off area. Ricciardo was then penalized 5 seconds from the situation. 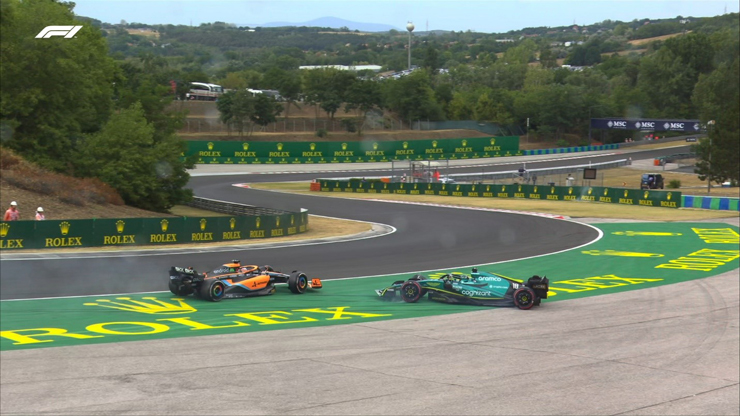 The collision between Ricciardo and Stroll

Round 52, Hamilton from the leading position into the pit, and changed to Soft tyres. Round 54, Russell once again found an opportunity, passing Leclerc when approaching the second turn. Ferrari put Leclerc in the pit after that, changed to Soft tires.

Pérez tried to keep the tire in case Leclerc caught up. And Hamilton galloped after Sainz.

Round 63, Hamilton with DRS easily overcame Sainz, putting 1 foot on the podium. Then Hamilton also easily passed Russell when approaching the second corner. 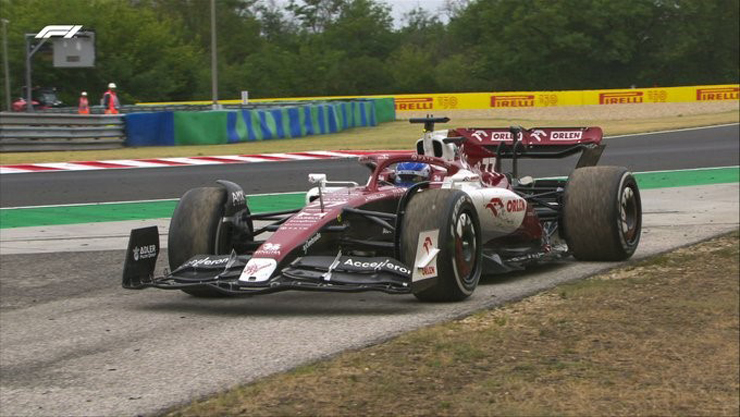 Bottas crashes in the last laps

Round 68, Bottas had a problem and had to stop outside the 11th corner. VSC had to deploy. It gradually rained heavily, but it did not seem to affect the results much. DRS was then disabled and there was still 1 and a half laps left when VSC ended.

From 10th place, after a technical error, that did not stop Verstappen from winning the Hungarian GP 2022. Hamilton and Russell once again stepped onto the podium.

In fourth place is Sainz. Pérez successfully defended 5th place against Leclerc in the final rounds.

Long after that was Norris in 7th place. Alonso and Ocon finished in 8th and 9th respectively. And finally Vettel in 10th place. 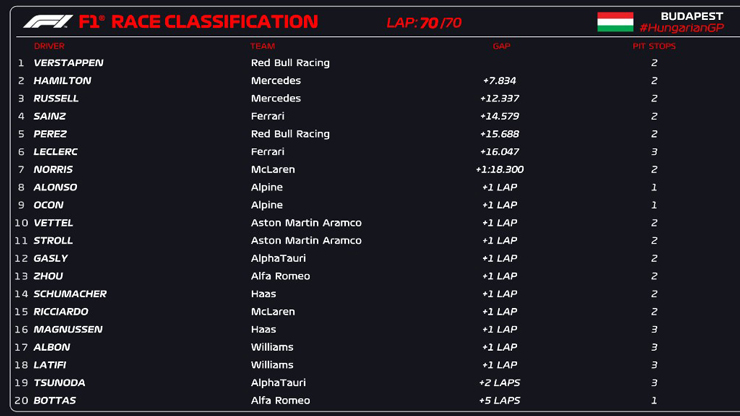 The first half of the 2022 season is over. The break is not short, but the second half of the season will kick off immediately with a European triple-header, starting in Belgium. And even more attractive, right after that is the return after 2 years of absence of Singapore and Japan. The race is well worth the wait. Watch the season return with Formula 1 Rolex Belgium Grand Prix 2022 taking place from August 26 to August 28. (Sports news – F1 news) Surprise after surprise. Williams takes the lead in FP3 as it rains heavily on the Hungaroring. Then George Russell won his first pole position in…